is there any benefits in joining brave?

I am interested in joining their corp for the isk in null sec.

I recent looked into joining one of their corps.

While I think they are a good group, they are currently at war. So do you want to join a corp that will immediately plunge you into their battles?

ps- They also have a hisec division.

If it’s your main sure. If it’s an alt then you don’t care.

Yes, there are many benefits to joining Brave. I’ve been part of Brave since shortly after I started playing EVE.

Benefits are that you join a fun group of people in null sec (and also a division in high sec). You may be able to make ISK, but it depends on your skills and what you want to do.

Just wondering, what is it you want to do to

for the isk in null sec.

Brave is right now in the middle of a fight for space in Pure Blind so your options of safely killing NPCs unbothered by roaming hostiles for that null sec bounty ISK are low. That isn’t to say you cannot do that, but you should know what you sign up for when you join Brave.

People know Brave is fun to fly with and against, so a lot of other groups come to Brave and bring fights. It’s a great opportunity to learn to survive and fight in null sec, while also making some ISK.

Personally I love living in space where there always is something to do, someone to shoot with a nice group of players.

But if it’s purely the easy ‘null sec ISK’ you’re looking for, there may be null blocs in space that have safer ISK farming grounds.

Yesterday or so Brave lost their whole capital fleet, the war is going probably not good for them.
Have seen the battle report, the other side did not lose much.

Yesterday or so Brave lost their whole capital fleet, 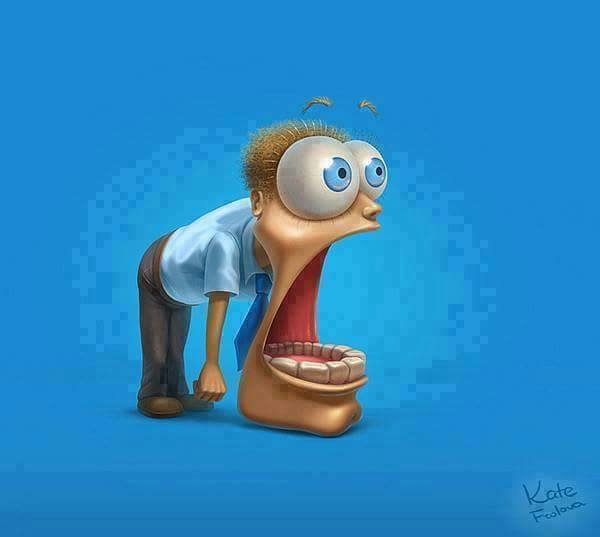 Didn’t see any massive capital losses but sure did lose a lot of mid-sized and industrial ships lately.

Benefits to joining Brave? Perhaps you should stop telling lies of omission, and answer the questions that need answering?

When will Brave take responsibility for creating the blue donut?

When will Brave stop scavenging from the corpses of other alliances and coalitions?

When will Brave start sticking to their plans?

When will Brave stop blobbing?

And, most importantly, when will Brave members stop playing the victim card?

It’s about time Brave starts getting real with potential recruits, themselves, and the wider Eve community.

For a number of years Brave has struggled with their identity. They are eager to present themselves as being a new-player-focused group, interested in the game for the “fun per hour,” with a desire to “stay classy” and engage in...

Yesterday or so Brave lost their whole capital fleet, the war is going probably not good for them.
Have seen the battle report, the other side did not lose much.

It was a big hit indeed, but far from ‘their whole capital fleet’. And I think the battle report you saw only had two parties on it and had not split out the third party.

If you want some more details from what I could tell (as a Brave member who wasn’t online at the time of that fight as I was watching Dune - nice movie by the way!):

The war in Pure Blind is against Banderlogs (fun guys to fight!) for new space to live in, after Brave had reset standings to the alliances of the old PAPI coalition and needed space of their own.

In this particular fight with Banderlogs, DIVA (a group in TEST) and Horde decided to third party to dunk on a fleet of Brave capitals. Well played by their part, and has indeed led to the loss of many of our capitals.

I have not yet heard of an alliance between Banderlogs, TEST and Horde, so while I do think the risk of similar third party drops from TEST and Horde on Brave in the future can affect how this war with Banderlogs Alliance works out, the war seems far from over to me.

When will Brave take responsibility for creating the blue donut?

With Horde and TEST dropping dreads on our capitals I wonder where that blue donut is!

(Your link is written by the only person I have muted ingame as even Jita spammers are less obnoxious than the unending source of misinformation and propaganda in local by the name of Moomin Amatin. They liked following Brave and copy pasting all that stuff in local for weeks, months during and after the war in Delve…)

When will Brave stop blobbing?

Never! The day we stop blobbing is the day Brave has died. When people come to Brave looking for a fight they should expect a blob of t1 frigates and other random ships to chase them, as is tradition.

If they are lucky and we have some semi-competent fc online they might even see an organised resistance.

With Horde and TEST dropping dreads on our capitals I wonder where that blue donut is!

At least you can trust that your leadership won’t lead you into a disastrous war, with allies who stab you in the back at the first opportunity.

that is also my point…

I thought it would be fun to loose 1000 ships in null so I was plsnning to go there if it is good.
and who are they fighting?

is brave up againts big alliances?

Brave was part of a big war last year that involved a large part of the null sec population.

But these days we’re fighting much smaller fights. Trying to stand on our own for once (rather than being part of a huge coalition of coalitions like PAPI was), we’re fighting for space in Pure Blind against Banderlogs Alliance. We only recently set up our new home here.

If you’re looking to lose some ships in null sec fights, I’m sure Brave can provide that opportunity.

so how do I get my stuff there?

First you join, then you move your stuff.
If you try to do it the other way around, you would get shot!

As to how you get your stuff there depends on how much stuff you have, where it is right now and how much of it is worth moving. There are ways to get your stuff imported, but it might be cheaper to sell or keep your current stuff and just buy new stuff in null sec.

are they gonna response to the attack of their allies?

A few tips for moving:

are they gonna response to the attack of their allies?

Response may come but often is late. It depends on what you’re flying but if it’s something small you would probably die before anyone can warp to you.