(the recipient is blurred out for reasons)

you can clearly see that the subject line is partially blocked. you can select and type in it, but there is no way to see what you are/were typing.
(restarts game without photon UI)
I believe the photon UI enlarged the text boxes (as seen in the offset compared to the “To:” and “Subject” lines to the left of it), but the spacing (for the other elements) are not changed, thus cropping some off.

For example in this non-photon UI you can see the (similar) spacing and the fact that both boxes are be shown:
(Recipient blurred out)) 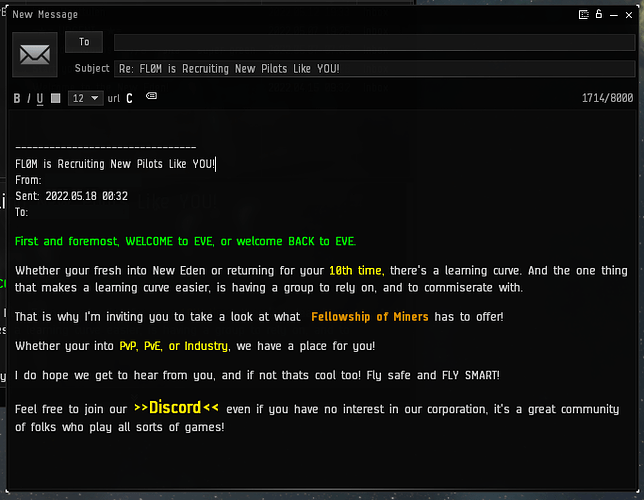 Have you considered using an Evemail client (even a Thunderbird add-on) that uses EVE Swagger Interface ESI API? Could probably hack up an evemail commandline client in no time.

Perhaps they could add it to the Eve Portal mobile app, would be handy to have mobile Evemail.