How many years have passed by with CCP’s halfassed coded popup windows that are constantly getting in our way?!

Its almost as if you have a bunch of rookie devs responsible for eve UI who have never worked on windows or any other app to see how good interface looks like. WTF. 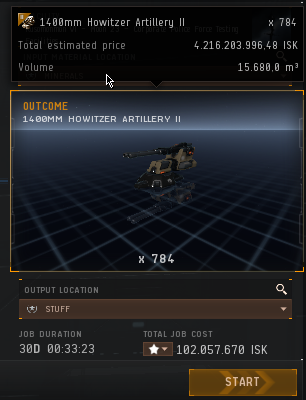 Instead of ranting, have you tried this? 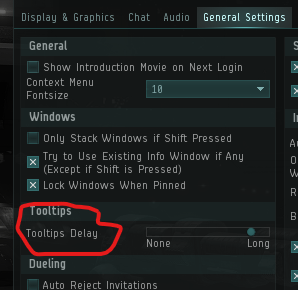 dude, I want popups as such, I just don’t like them blocking my friggin MOUSE and the UI beneath it!! Why can’t we have them working like everywhere else - showing info but don’t mess around with the rest of the UI.

Yes, CCP is really good with popup placement. Many of them prevent you from scrolling, accessing UI elements and hide information when they show up. It’s amazing.

I don’t care how the game looks as long as it works and isn’t more broken for me whenever they add something.

Sure that’s nice for you.

I enjoy looking at the beautiful game when possible. And it would be a shame if new players entered the game zoomed out on everything, without cinematic action sequences and other graphics in stations, potato mode without lighting effects, completely ready for a big TIDI fight in null sec.

Yes, potato mode and zoomed out are useful at times. But I don’t agree that they should be default.

If anything I would suggest that when you log into Eve online that CCP should make things much easier if all windows that were open before logging out will be closed upon entering the game in the next session so as to not overload and lagg the UI while trying to enter the server.

I would actively hate this. Not having to re-open all my chat channels, market window, inventory, ect is literally one of the nicest things CCP has ever added to the user profiles.

It would also be nice to have some options to turn off the new lighting effects, cinematic action sequences and other graphics in stations, space and on warp gates, etc… When new visual features are added to the game.

CCP have talked about this and the problems having a toggle for everything create. Essentially it creates the UI bloat that they then have to maintain which makes feature development take longer, is intimidating to new users, and just generally bloats the settings page and makes it hard to find things.

Also for cases where it’s an option of “keep the old thing around” that means CCP now have to also maintain and fix bugs in this old whatever it was and all its functionality. Speaking as someone in software with a code base where prior developers did not seem to know how to delete obsolete code I can tell you that there’s an inherent cost to this. It makes things harder to debug, harder to maintain, and just generally take longer.

Would also suggest keeping everything zoomed out as opposed to zoomed in upon initially exiting stations in trade hubs and In-station when docked or in space while entering the game.

I’m the opposite, I prefer the zoom in because it lets me orient myself and see what’s directly around my ship before I do something like try to align while inside a Freighter and go flying.

I know they love to shove new features down our throats that continually make our processing obsolete but is it too much to ask for the little things that boost actual gaming performance?

The problem is getting people to agree on any of these sorts of things. Case and point, all of my responses.

OK, ok. I’ll agree sort of. It is really annoying in Industry when you go to select locations of materials. The tooltips delay doesn’t seem to stop it.