I appreciate you started playing in a different era of the game than me and things have changed a lot obviously but to summarise what is your solution to increasing pvp and conflict over resources , in the here and now ?

the value creation is now done by more players

globalized trade, which should be a good thing in an economic simulation

Would like to comment here because I’m considering myself as target demographic for this. My indu playstyle involves analyzing the chains of production and pick the steps most profitable per time unit invested to do for income.

Unfortunately the indu changes failed so far, as they didn’t create profitable intermediate steps. In fact they removed profitability of certain steps, like hunting for faction and pirate ship blueprints. In general moving costs from BPC to materials makes BPCs worthless as you may remember from the Augmented drones and their Elite AI requirements.

The reasons for the indu changes to fail imo are:

Because the end price is too high, people want to reduce cost, hence pressure on being vertical integrated because of step taxation, which is fostered further by imbalanced BOM. Hence no profit or market for components.

The BOM needs to be drastically simplified again. Going back to minerals only for all T1 and BPC + 1 additional bottleneck component gathered via (exploration) sites (different one per ship type). You can’t fight the drive for vertical integration unless you remove taxes, but you can get people in space and competing with that approach. The proliferation can be controlled by the number and location of sites to get the bottleneck material.

Which is the ultimate goal, to make the game fun. There are not enough players in the game who like the indu game purely for fun, but a lot who want to buy affordable ships to go out to New Eden.

I post less than I lurk. I agree with the sentiment that “players just want fun”, but fun/thrill is very closely tied to intrinsic/perceived value of the ships. That was the battle. We are optimistic that the we can completely turn our attention over to the things you mention, meta, fw, structures and high risk, high attention and high reward challenges.

it’s probably an editorial by the hosts

Great points, I will compare notes with the team 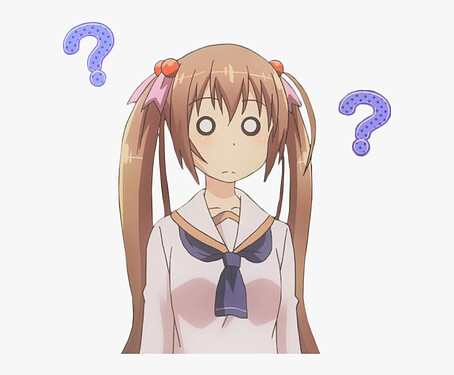 an editorial by the hosts

I apologize for misquoting you, sir. o/

Let me clarify one point. In case the bottleneck is/was the BPC (e.g. pirate ships), then this ship line doesn’t need an extra element. Because if you have two bottlenecks, the profit for each may go below the threshold for people willing to engage in that activity to obtain it.

This is the general problem with a big diversified BOM, each playstyle for itself needs to be profitable for people to cooperate. That’s why my recommendation, to pick one bottleneck.

icelandic viking saying “without a brother, you are vulnerable to attack”

the only way forward is tackle the problem and move on.

There is a lot of talk about what was wrong with the game coming from you and CCP in general. What was the problem? We had ships we could replace cheaply. We were able to have the largest war in EVE history. We had a booming economy. We had 20-35% more players. I am not seeing a problem!

There is no moving on from this. What you and CCP have inflected on Eve is still on going and will be years. There is no getting better from this. It is do as CCP commands or to leave.

The problem inside of Eve right now is everything is too expensive.

That’s not a problem inside of EVE.

It’s a problem inside of your brain.

Get rid of residue.

Thanks very much. Although I did not really like the answer, I respect that you come here and talk to the players. At least I got the feeling that CCP tries to listen to players.
And I can totally understand that it is not fun to come to the forums and read a lot of stuff about why people don’t like what you did. I totally understand why this can be frustrating and demotivating. But most of us are on the same page as you. We also want the game to be good and healthy.

But most of us are on the same page as you.

You really haven’t read any of the RL death threats on Reddit and Steam, have you?

heh, google translated as “Who cares if there is no brother!”

I hope you do not design the game with that in mind. Choice to play solo already puts a player to a disadvantage. Playing in group is already an advantage.

I understand that stats show group player retention is higher. I think this statistics is wrong.

Moving balance more to cooperative play just leads to more alts and less content. I said cooperative to separate from competitive. Cooperation requires effort to organize and coordinate a group, hence an entry barrier to the content. Competitive solo play with and against others does not require that level of organization.

… and no, PvP arenas are not the solution, but a sandbox balance which let solo (PvP) players have a place. Solo doesn’t mean playing isolated, but playing at own terms!

I can see your point, but I cannot agree with the way you put it.

Maybe rework it a little bit. I can agree with Tipa.

Sometimes trying to discuss a global solution makes it impossible to be reasonable, tackle a smaller problem.

Solo doesn’t mean playing isolated, but playing at own terms!

I’ve enjoyed using the phrase “Solo, but not alone”. Some people want to engage the rest of the sandbox but using solely their own wits.

Yet other people really do wish they could play undisturbed by others – alone. That’s where problems begin.