Yep this does not happen anymore, because the container ships can now fit guns, And have a defence system, and this took less than 2 years for them to adapt. Not like eve’s freighters after 10 or more years, (Not sure about when they were introduced) where they just make a thicker hull, so they could die slower.
Also these tankers are attacked hundreds of miles out to sea, which will take reinforcements hours to get there. Not on a jump gate with guns, police, security, all unable to shoot a criminal, and this is classified as not unbalanced. and in eve it takes an age for police backup to arrive, so this ganking on gates makes no sense, but its there to keep the pew pew crowd happy. Thing is these freighters are carrying all the stuff to make ships for everyone, including the Pew Pew Crowd, so CCP is letting the foundation of eve industry, die yet again. Its their MO. (No Common Sense) This is the kind of Stuff im talking about. (Fenrir | Erik Shawn | Killmail | zKillboard) 1 Bloke that has a bunch of accounts, that is killing i dont know how many other players gameplay or building hopes. CCP = GREED IS GOOD. Since this statment Eve has been going downhill.

A Few Years Ago this used to be counter ballanced by miners, having multiple accounts, and being able to offset these sort of losses. But since the whole Eve scarcity, and price increases, Nobody i know even bothers to mine anymore, and thats hundreds of players, So in the game terms that must be thousands at least. So its a downward spiral. that just ends in nobody wants to play.

So its a downward spiral. that just ends in nobody wants to play.

Less miners = less supply = mineral prices go up = equilibrium changes where people and new players might decide to mine (more). You’re not special.

So you are saying , the more time it takes to earn enough money for a ship so you can advance to the sort of game play you want to do, the better it is. Yep this was eve in 2003 with its 2132 players. and did not grow for years , due to this sort of attitude from ccp. 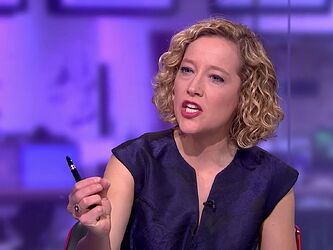 What I AM saying is that you, or me in that regard, as a person and player are not important to EVE’s ecology. If you leave and you stop doing your businesses that means supply and demand for those will change, which will create for opportunities for others to exploit.

As long as we have to tell newbies they probably shouldn’t pick up mining because it pays crap (purely due to oversaturation of supply) that means we can “lose” miners just fine. The same goes for other play styles (to a degree as mining is pretty much the base line) but you mentioned mining so that’s the subject.

Lol your funny, So for all the players that have invested in eve over the last 20 years, were all pointless, and eve will succeeded no mater what. Its a shame that eve is a third of what it was. Eve is made by its players not some erroneous idealism contrived by you, the numbers are there we have 25k at best these days. before all the great improvments we had 60k or more. so Why is eve not getting bigger, if the players mean nothing.

They’re not pointless, it’s like you can’t use anything other than straw man arguments which generally isn’t a good sign of someone who’s points are worthwhile. It’s like you refuse to read and understand, probably because it doesn’t suit your narrative. Also we didn’t have “60k or more”, more lies and silliness.

Start using basic logic and reasoning or get ignored.

feb 24-2013 was 60476, and it went well above that as well many many times. EVE-Offline :: EVE-Online Status monitor
check yourself. These are facts, not my “strawman idea” .

That’s a very specific peak for a very specific reason, not a realistic actual average. Pretending that being the average (as you compare it to current averages) is disingenuous and outright stupid.

Lying, exaggeration and misrepresenting. DO tell us why we, or I at least, should care for your opinions and not just outright mute you?

Seriously you try to counter my arguments by stating an average of players, that gets even worse. As for Lying , Where did i Lie ? Exaggerate, Where did i Exaggerate , and last but not least. And misrepresenting , erm who ? Yeh just mute me , saves us a bunch of typing, lol. Dont get me wrong i love having a great conversation , I dont get to use my brain much at my age, So feel free to have a go anytime, it keeps me busy, Great chat cheers

@Aisha_Katalen @Talic no need to fight, you both right, the argument that a single player does not matter is right, in a balance ecosystem, somebody will step up.

The peak, even if it’s an event, still is a peak, one that cannot be replicated now, so yeah, something back in the day was right. Just like Activision had to cave in and bring wow classic back, numbers don’t lie (unless when tortured by “data scientists”).

CCP is PA, get with the agenda bois. For real, stop dreaming, accept the reality. Did you never play a korean game before?

Im very happy for people to agree or disagree, its a basic human right “Freedom of speech” There is no malice in my arguments at all , everybody has there point of view, and i am happy with that. Its how it should be. I love a good conversation, you can iron out a lot of facts .

If you have not experienced this yet, Then you have not been playing long enough to see how CCP treats its players.

I’ve been around the block at least a few times

Of course I meant free choice in the game - which is regularly shaken up, that’s true, and we all need to adjust & adapt, annoyingly sometimes. For someone like yourself, who should be fully cross-trained a decade ago, this shouldn’t ever be an issue.

The price increase can be mitigated by taking longer subs. We have no choice there but pay up, that is true too.

Does CCP deliver on its promises, you ask ? Depends on which department you mean. The devs involved in game design and art still do their very best - granted, not always in the right direction but then it never was “always in the right direction”. If you’re talking on the business side of things ? I’ll try to be polite and suggest that they have some poor decision makers there. The price increase came at the worst possible time, during one of the least pleasing episodes of game changes.

As always, if the complete picture that is EvE and its business model upsets you, perhaps it’s time to consider taking a break for a while. But there is absolutely no need for biomassing anything ! It’s never a static situation.

There’s billions of isk in them, why don’t you kill a few?

Just for the record:

Sometimes devs are obligated to do changes they know not to be the best. To be very honest, most of my dev jobs was doing the best of some bad idea, not all bad ideas are new, some of them were taken in the past.

Life gave me one shot, once, to build a feature by my own. I did it, it not only work efficiently, but also never broke. BUT it exposed a lot of bad work from the others, let’s just say I was not the most popular guy around.

Some devs are stupid and some are not. The problem is, most of non stupid devs come after the stupid ones already fuked up. Directors and managers are also a major part of the problem.

It still is a simulated MMO universe and a pretty good one I’d say (it’s one of the reasons I liked it). It was never a spaceflight sim though, how could a game in which you doubleclick to move ever be that?

Not sure exactly what you were expecting, but it’s definitely not a run of the mill MMORPG, or I wouldn’t be playing it - most of these bore me to death. I can understand being frustrated by multiple ship changes, but the posiion of “I’m an old rich vet, I should be untouchable to those darn kids” will never sound good. Does a battleship getting killed by a single frigate in 3 minutes actually happen? I find it hard to believe.

how could a game in which you doubleclick to move ever be that?

Does a battleship getting killed by a single frigate in 3 minutes actually happen?

“I’m an old rich vet, I should be untouchable to those darn kids”

I don’t think this is the case, I think it’s more on the line, “don’t mess up my stuff”. Ofc they can adapt, question is, do they want to?

Also, you seem like an intelligent man, stop believing this newbie narrative. Alphas and newbies are “game”, they rarely cause problems unless oriented by vets and in numbers.

If you don’t know what is the business, you are the business. (some crap translation by my own)