Character creation no longer allows posing your character for portrait?

Today I was making an alt, and while I could customize the appearance of my character, there seems to no longer be a screen to pose your character, select portrait background, or change their facial expression prior to entering the game world. Was this an intentional change, or is the character creation system bugged for me? Clicking the portrait in the top left does nothing

I stopped playing several years ago and came back. When I select an old charcter I can customize them and make portraits, but I wanted a fresh start but creating a new character doesn’t have the ‘portrait’ step.

So bumping because same issue

You can go back in later - it was a waste of time for truly new players.

So let me get this straight, CCP makes new players go through all the steps of creating a character but removes the last step of character portrait?

That’s gotta be the dumbest Dev decision ever. What are they thinking, new players won’t stick around so no reason for them to create a portrait?

It defaults to a standard background and straight-on stance; they can go in and customize after entering the game, but is not a mandatory configuration item before launching into the game engine.

I was a bit confused the first time I noticed this when creating a new character recently.

After thinking about the change, it does make sense though:

Point 1 is a good reason in my opinion. As a new player you used to get bombarded with a lot of options for your new character and it was never told which parts were final and which parts could be changed whenever you wanted in game.

I’m not so sure about the second point though, although I feel like that is the reason CCP removed this part from the login flow. CCP has been streamlining the first player experience for newbies and I understand that unnecessary parts such as character posing and lighting is not a necessary step.

Lots of players seemed to think about it that way as well, as I noticed that a lot of people barely changed their default avatar, let alone their pose, background and lighting. I enjoyed those possibilities though, as a newbie. But any newbie who’s interested in that can dock up and change their pose, clothes and lighting whenever they want, so no big loss.

That’s gotta be the dumbest Dev decision ever. What are they thinking, new players won’t stick around so no reason for them to create a portrait?

New players can change their pose and lighting at a station whenever they want, in case they’re interested in doing so. No big loss.

In fact, it’s a win, because new players have to spend less time at useless things such as character posing before they can get into the game.

Well, I’m sure there’s exceptions to that.

Whenever I start a new game, one of the main things I first spend a lot of time on, if it’s available, is character creation which includes how it looks.

But a lot of people aren’t interested in that, as far as I can tell by their default portraits. So it’s good for them that they only have to do the mandatory part and can skip the optional extras for character portraits.
Let them spend their time on irreversible things, such as choosing a character and a character name. They want to jump into the game, not be bothered by all those choices of which some used to be pointless when posing was part of it.

And it’s good for people like us too, so we know not to spend too much time at lighting and clothes during the initial creation of the character. I know I was a little overwhelmed by the options initially and missed some because of that (some face / bone restructure options). If we get told ‘first you create your character here, you can do extra modification ingame’ via a message, I think that would help us focus on the important part: the character itself, instead of posing.

Ah, in a name of Cthulhu, thankfully portrait / posing thing is still here, after you reached station.

As somebody, who grew up with Poser renders hobby, i always pay attention to character customization options in games. Well, sole reason i tried BDO was it’s character editor. And after trying BDO i’m finally coming into Eve. Weird route, i know.

Ofc, i disagree with “who cares, meh” opinions. Small details here and there, like setting up lighting and pose/mimics adds more characterisation to you character (sorry for tautology). And things like that, which are “not practical” or “pointless”, they add to a soul of the game. Yeah, i feel very bad about Captain’s Quarter removal as well, though it was already removed when i joined. But even more, i’m angry about how Eve lost it’s original art direction with characters. Those cyberpunk characters from 00s were pure art… CCP could give an opportunity to somehow simulate them by providing much more options with hair, tattoos, visible implants, clothes, accsesoirs etc. etc. rather than what scarcity we currently have. 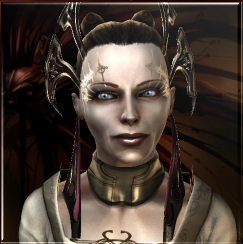 This was also interesting. 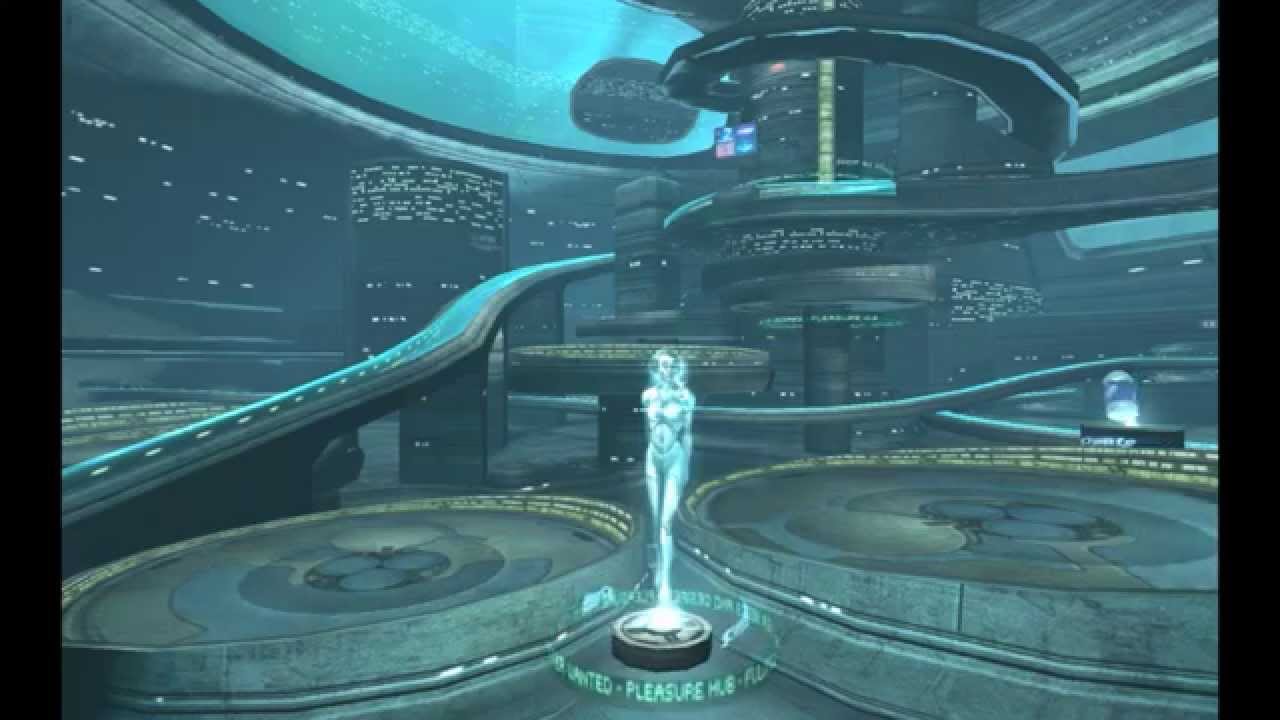 But even more, i’m angry about how Eve lost it’s original art direction with characters. Those cyberpunk characters from 00s were pure art… CCP could give an opportunity to somehow simulate them by providing much more options with hair, tattoos, visible implants, clothes, accsesoirs etc. etc. rather than what scarcity we currently have.

Yeah, the stock apparel items in character customization is very limited. However there are lot’s of other apparel items available in the Market to do what you posted. 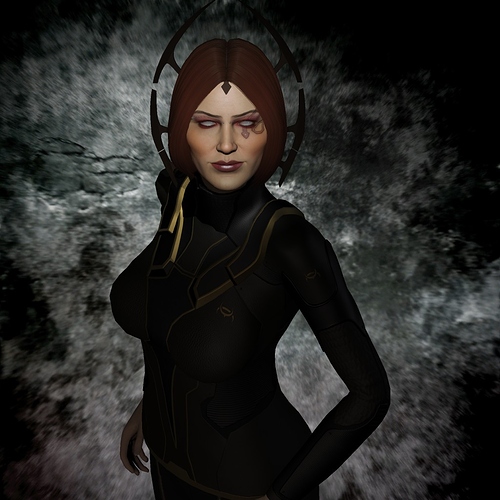 Most items were first introduced via the NES. Some items are available from specific LP stores, some were holiday gifts and others were loot drops from events.

Most are still available but it’ll be expensive and take some time to obtain them. I know because that’s what I’ve been doing for the past few months.

You can easily change your character’s appearance with the extra apparel items, I do it all the time, for example: 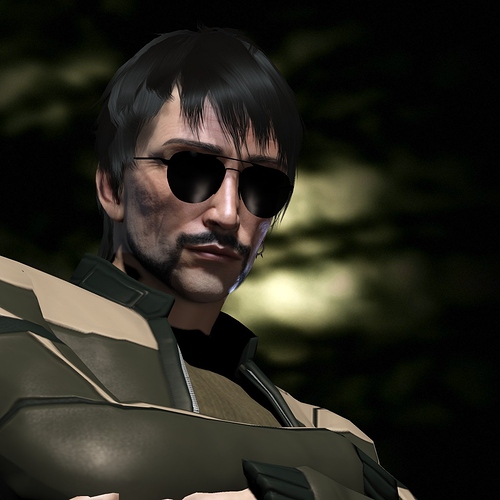 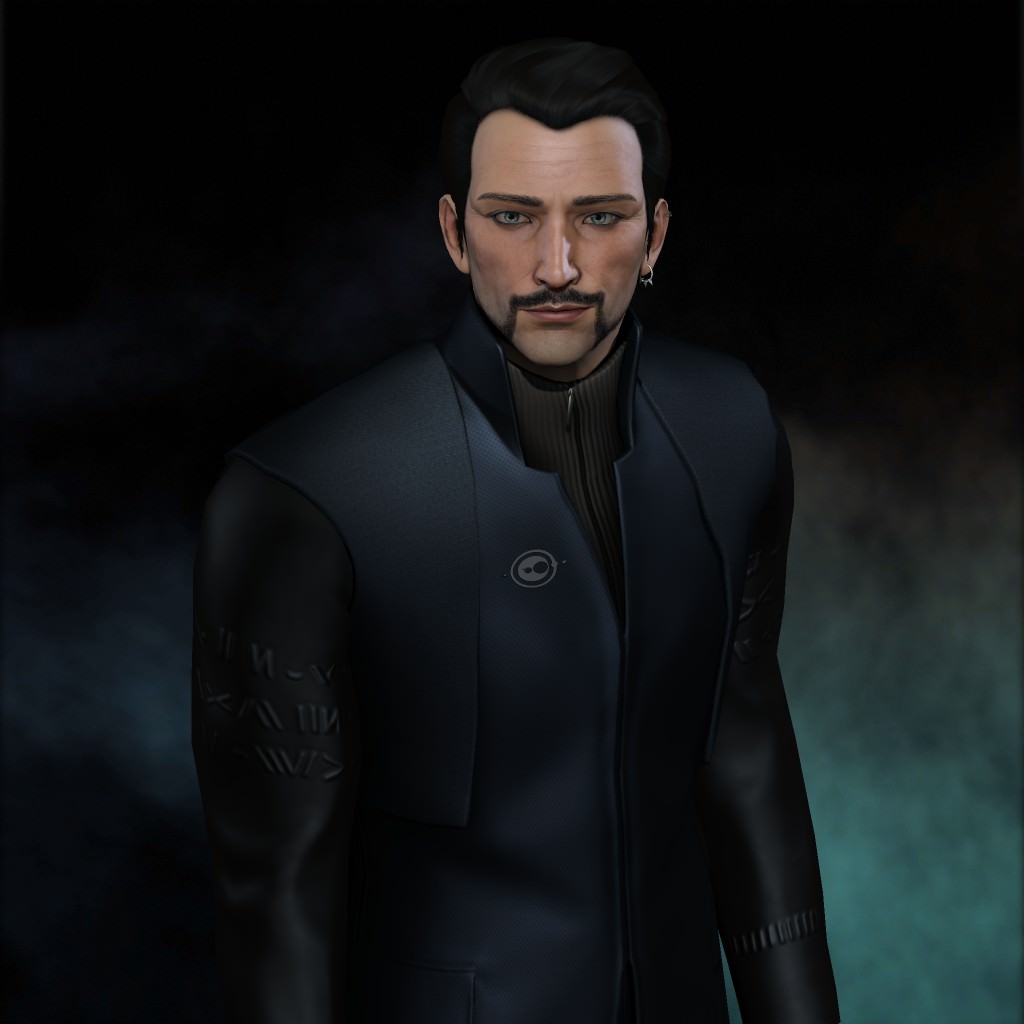 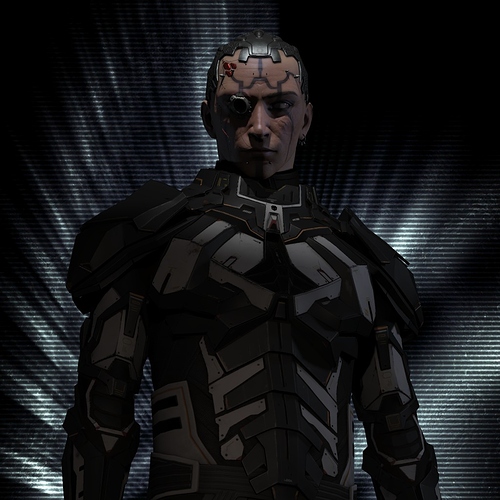 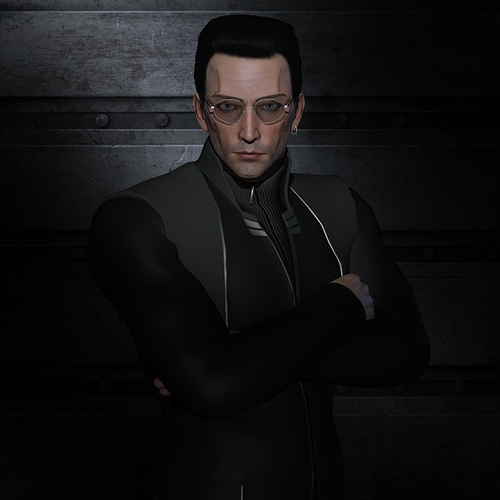 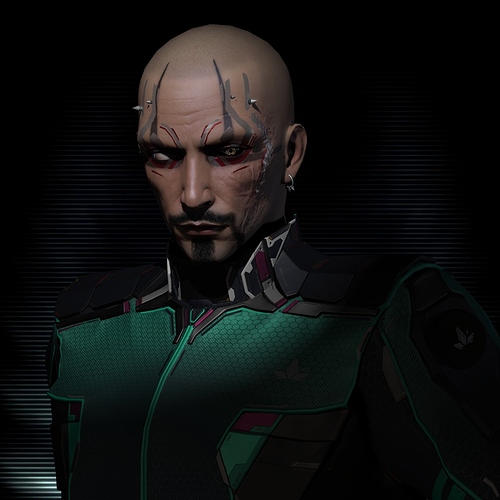 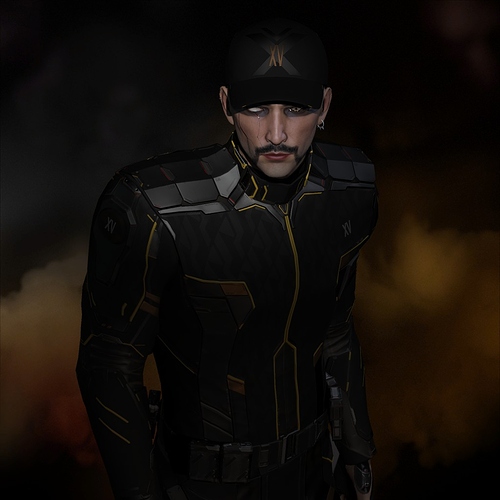 in a name of Cthulhu

rises from the depths

You summoned me, mortal?

IMO, this was a horrific design change. You don’t really know what a character truly looks like until you can mess with their facial expressions under different lightning. I just created a new character, only to discover that I didn’t like what she looked like in the portrait studio, and now I get to wait 10 hours for her to delete so I can make another attempt.

Turning the portrait studio into an optional element of the creation process would have been intelligent. Forcing players to wait until they are committed to the model before they even get to mess with the thing was downright asinine.

It would be best if character posing was an optional part of character creation and not on by default. I have enjoyed being able to switch back and forth between creation and posing when creating new characters and this is impossible now. On the other hand, it’s good that new players can get into the game sooner without having to spend time on things that later appear to be optional anyway.

Only Omega characters should be allowed to pose.

I just registered on the forum only to reply on this topic.

And I must agree. As a new player, I just wasted a lot of time searching on the internet because I thought it was a bug!

Almost all videos guiding/teaching/tutoring on how to start a character in Eve Online shows the posing system upon character creation, thus removing it only creates more confusion among new players.

Furthermore, it is impossible to determine if one have made the right character before seeing actual poses of it, compared to the default (grumpy/angry) pose.

I cannot see how this change would save time for new players (with interest in the game)? As one is “forced” to start all over, if the posing reveals some unsatisfied aspects that wasn’t noticeable upon creation.

I would have saved hours if this was an optional choice for character creation instead!

Yes, I noticed this while creating a new alpha clone some days ago. I thought it was an alpha restriction and nearly purchased a plex just to customize the avatar before I found out it still worked at the stations.

Why was this change made? It makes absolutely NO sense. Instead of giving more love to the characters, seems like CCP doesn’t care about it. -.-’

CCP doesn’t understand why anybody would care about their character picture when they could be out in space, grinding missions.