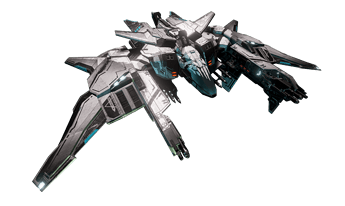 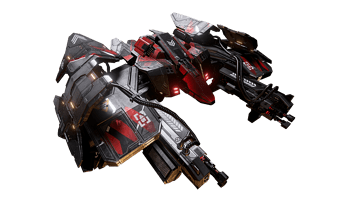 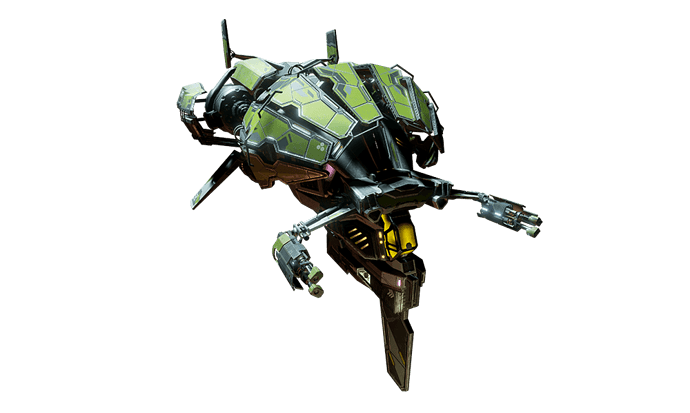 Thread as been reopened at the request of the OP.

With reliability of the part as the primary goal, the more custom tuned pulse lasers were replaced with an off-the-shelf Imperial Armaments twin-linked ‘Scorch’ Polarized Pulse Lance.

While this design is overall less custom tune-able than previous Strix craft pulse lasers, the Imperial Armaments designed weapon is more robust and reliable, and less needing of intensive servicing after recovery of the fighter to fix crystal alignment issues.

The usage of a standardized upgraded Ultraviolet Crystal lowers the replacement cost of crystals as well, while preserving or increasing performance over the base model, and outperforms most existing Pulse Lance equipped craft such as the contemporary Templar series I and Series II, and meets par standard for Ametat series II beam cannon outputs at half the cost.

Replacement of the base shield projector with the Lai Dai designed ‘Kilpi’ Shield System to better support a new ancillary shield booster rather than an internal auxiliary shield capacitor. While this offers no savings in mass over the internal system, and limits the operational time of the craft by requiring consumed charges to operate, it takes significant pressure off the internal reactor of the fighter which, even with newer core temperature and radiation regulators, otherwise could not run the more powerful Pulse Lances, Afterburner Systems, and MicroWarp capabilities of the craft in a tactical role.

Among other upgrades includes one from an unusual place, RCS Systems first pioneered on Warbarge fit Bowhead atmospheric entry packages.

Current MKII variation includes additions of Flight Interface color customization, at request of multiple pilots, this has no perceivable efficacy or purpose, but seems to have increased morale slightly, and has kept pilots Karve and Anisadora from hacking interface systems in dangerous ways to achieve similar effects. 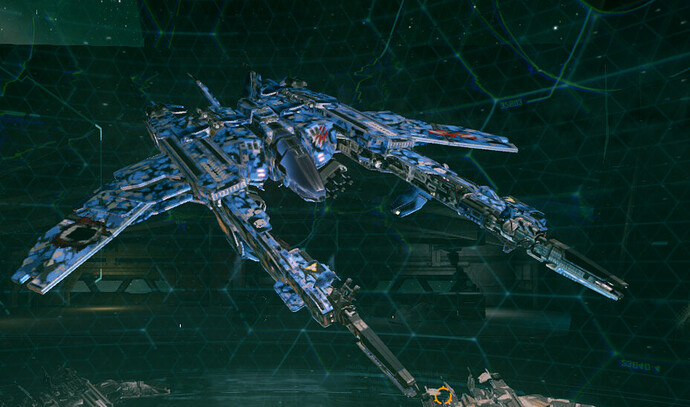 Additional Notes: due to high versatility of MKII frame, rush production has been implemented on multiple squadron force equivalent numbers for localized picket and patrol duties in system of Eugales, staging from Orbital Yard facilities over planet VI for clone pilot units.

(OOC Major thanks to @Attn_Thaddeus_Reynolds for assistance in writing and additions to this posting and specification. Particularly the ‘Pulse Lance’ upgrade featured above inspired by ideas from Amarrian warclone vehicle concepts originally tied back to dust player lore.))

Evaluation Updates:
Strix MKII, Jackal MkII, and Wraith MKVII Performance Against Ongoing Belligerent Actions From CONCORD DERAIL and SARO Red Troop Vessels in Eugales and wider Pegeler
Preface: It has been shown, that in most scenarios, clone pilots and their specialized advanced craft, particularly the more recent variations in ongoing development, perform at a level far and beyond most other similarly sized single, or multi-pilot craft, often reaching, and even in some limited specific cases, exceeding the efficacy to cost ratio of Capsuleer elements in similar patrol, picket, and long ranged interception roles. This in mind, recent engagements against anti-warclone specialist units such as CONCORD SARO’s Red Troop, has begun to highlight issues with immediate realized formation focuses, that have led to an unacceptable level of material, and clone pilot infomorph loss/captures.

Strix MKII: Current strike packages developed for the MKII evo of the Strix platform have proven adaptable and effective when applied appropriately, however major endurance issues identified with current tactics due to the newer ‘Kilpi’ Shield Systems and Ancillary booster forcing a limited engagement lifetime under fire before a forced disengage scenario, which SARO Red Troop have actively capitalized on with hard hitting fast firing missile systems to force off these lightweight heavy hitting assault craft. The Standardization of Scorch Polarized Pulse Lances at this time have proven effective in opening salvo retaliation, alongside Linear Ordinance Launchers, but the lack of on-field endurance beyond initial salvos has been identified as incredibly problematic. Flare and Chaff systems currently in use, in tandem with the enhanced RCS can allow for more extended endurance for skilled Strix pilots, but generally only allowing a handful of additional salvos against such massed missile fire as currently encountered in use by Red Troop hunting craft. Kill/Loss Ratios sit at 2:1 in favor of the Strix against Pacifier series covert ops due to their extended engagement ranges, however are distinctly vulnerable to Enforcer series force recons, particularly those outfitted with Rapid Light Missile systems, even if Linear Ordinance Launcher hardpoint packages have proven exceptional in applying high yield payloads on target against such. Loss ratios against Enforcer force recons currently sits at 1:4 against Strix in an optimal counter loadouts. Infomorph loss/capture rates for Strix Pilots is currently the lowest, at one in every fourteen strix pilots killed having their infomorph intercepted and captured. Tactics and current MKII configuration under review pending MKII A Revision to overcome shortfalls.

Jackal MKII: Jackal MKII craft currently maintain highest craft survival rate, while at the same time the lowest recovery of pilot infomorph to destroyed fighters, with near 94% craft survivability, but 77% loss/capture of killed pilot infomorphs. Reasons for the high loss rate of infomorphs is due to the close ranged engagement profile of the Jackal series primary armaments, placing them directly into the thick of fighting, and squarely in-range of infomorph tranfer jammers employed by Red Troop. The thick Crystalline Carbonide outer plating, and sturdy Superalloy flightframe has contributed to the high overall survivability rating, alongside the Enhanced Overshield system. XC-30 ‘Ripper’ Starburst Mortars have proven excellent workhorse weaponry against Enforcer force recons, and even the limited encounters with Marshal class battleships have been swayed by the presence of Jackals in the field, however they struggle against frigate sized targets such as the Pacifier due to their agility, even though in theory the Starburst Mortar bolts should be able to, with appropriate targeting, effectively disable such ships in a handful of salvos. Modular external hardpoints brought over from Strix MKII craft have proven useful, most often being fitted with Linear Ordinance Launchers for additional striking power against larger vessels. Tactics under review.

Wraith MKVII: Wraith series craft remain broadly effective, but display a mixed survivability and infomorph recovery records. Integration of modularized Enhanced Overshield system from Jackal series has proven ineffective in active field use on the chassis, with a 48% failure rating, though this may be due to faulting power shunt couplings discovered recently during late stage review. Craft remain largely viable, but pilot tactics require serious revision and retraining to raise survivability. MKVIIA and MKVIIB pattern revisions currently pending for future.

Additional Review: At this time, it is suggested that all future flights be fielded with Nagi series Logistics Fighters, and Medusa series Disruption Fighters, despite the difficulty and cost of acquiring base craft of both series. MKII revisions of Nagi and Medusa series craft has proven difficult, but initial sets may finally be within grasp with more funding being shunted to Design programs by the Director, and addition of consultation of Warmind Glitter Edifice, and Warmind Rose Eagle. Future pairing of flights with Command Destroyer teams also suggested, particularly Magus and Pontifex class, for better tactical mobility and additional screening elements, potential for use as infomorph recovery platforms in jammed environments under investigation.

Nagi MkII After Action Evaluation and Specifications
MkII pecification Craft deployed alongside Jackal MkII and Strix MkII squadrons with additional support from Magus and Dragoon command destroyers in Eugales and Archavoinet during anti-piracy operations, and continued belligerence from CONCORD DERAIL/Red Troop. Testing has proven Craft specification to perform well above projected targets, increasing long term survivability. Additional Note: C-Des inclusion in squadron deployment tactics has sharply reduced infomorph capture rates amongst fallen pilots, with C-Des units fitted with MJF units able to close into the thick of fighting when a squadron is overwhelmed and act as a safe relay for the nano-second transfer times of pilot consciousnesses.

Initial design’s power system was noted to be relatively haphazard, powered by an outdated and overworked fusion centrifuge. Upgrading the central reactor to a more modern Lai Dai ‘Kuroki’ Graviton Reactor, with an integrated Core Temperature Regulator, and a modified and truncated Propel Dynamics ‘Jintai’ Scalar Capacitor Bank, stabilizing the power draw issues of maintaining the extensive systems in place in the Nagi base design, and freeing up space for other system upgrades and total rework of the propulsion system, allowing room for a compact microwarp drive system to supplement its already notable base acceleration.

The Healbeam Repair and Energizer system has been replaced by an Interbus Designed Ancillary Emergency Recovery and Repair System, while the basic functionality remains the same, it can also use a magazine of Condenser Packs, apparently based on Upwell Designs, to provide bursts of extremely high output for a limited number of cycles to provide repairs to larger ships, albeit with a need to resupply between usages of such high output repairs

Previous Compressed Plating upgrade for Nagi noted to be of reasonable viability, though lacking in real improvement on strength to weight ratio. Upgraded Crystalline Carbonide Compressed Plating commonly found on Thalia class logistics frigates provided a solution, increasing armor strength to weight ratio. Shield emitter of base Nagi design identified to be largely subpar, and replaced with a singular Ishukone designed RD-5100 Sustained Shield Emitter. These upgrades together give the MkII greatly improved under fire survivability.

Radiance Burst Area Effect Nanite Projector proved to be most challenging. Very difficult to keep intact with other upgrades, despite improvements to power systems and reactor. Solution provided by Warmind Glitter Edifice. Radiance Burst system was reworked into an external charge based design able to be ejected from craft after depletion, specifications created and tooled entirely to Warmind Glitter Edifice’s detailed input, allowing an ultralight, disposable system. Novelty of design not lost on current design teams… 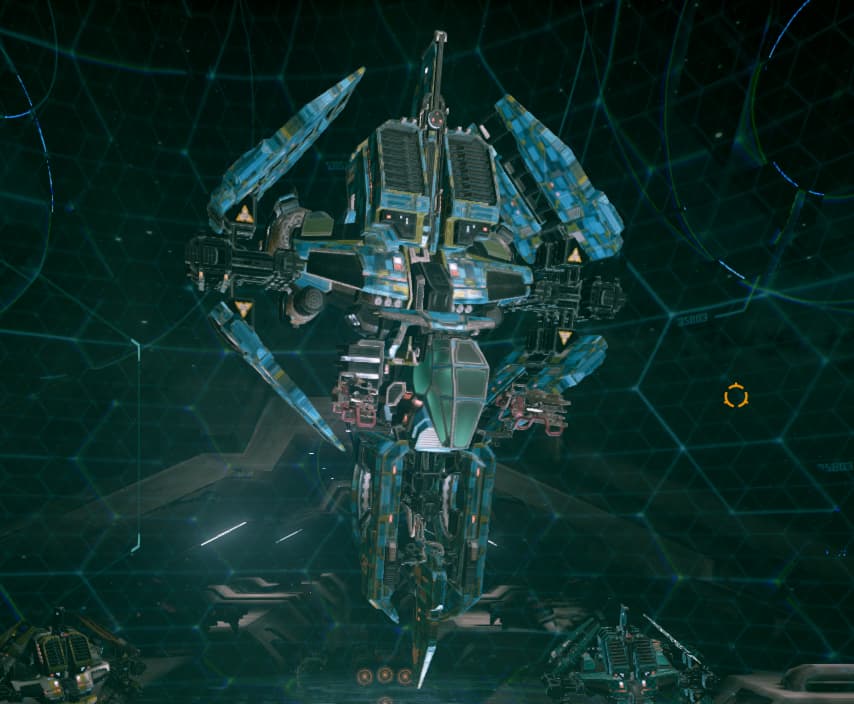 Addendum: Due to Glitter Edifice’s particular nature, it is not recommended strongly encouraged that She be included in future design projects. The Warmind’s design process has proven very difficult to work around, to the detriment of design teams unique, and effective. We strongly urge the directorship to reassign workers to cover for currently indisposed team members caught in the Warmind’s Design process keep current workers assigned to project, and open further design teams to her bandwidth.

Director’s Addendum: Glitter Edifice, Please Do Not Edit Official Addendums From Design Team. Their Obligations Are Clear In Their Contracts, As Are Your Own.

((OOC thanks to @Attn_Thaddeus_Reynolds for further assistance in writing and additions))