Come on CCP, let's pick up the pace

You know what happens when you leave a good steak in the oven for too long? You turn it into a bad steak.

I know you’re trying to slow roll these new additions. The Athaunon stuff was cool, and the orders to the militias was awesome. Could have maybe come at a better time when there was a little more equality of strength between each side, but it is what it it is.

But it’s been too long. There is going to be no grand battle over Athaunon, because GalMil doesn’t have the will right now and CalMil are pushing them elsewhere. The mystery generated a lot of steam, but its ran out. No word on anything, we don’t even get new videos anymore.

They would have to get more cash to pay more devs, really hard to find for them recently, especially when they develop another game on the side that nobody plays yet, and it doesnt earn anything yet, it isnt even in playable alpha.

Why would they? You do that anyway.

I thought they did that already.
You mean you’re doing all that on a volunteering basis? You’re nicer than I am.

To OP, new soon-to-be-released FW will probably change things with the corporations involved so I’d stay tuned but asking CCP to work faster is a big LOL

If you have to ask, you don’t need to know.

To OP, new soon-to-be-released FW will probably change things with the corporations involved so I’d stay tuned but asking CCP to work faster is a big LOL

I’ve stayed tuned for months, back when things seemed to be going at a good pace. Now everything’s stalled out and there’s no movement or news about anything. All I’m saying is that they’re losing nearly all the momentum they gained. If they think picking this up again some time next year is a good idea, then they’ve got another thing coming.

I dont know, maybe they expected things to be much more actively contested. For control of the system to take longer, and for it to bounce back and forth. But that’s not what happened, and it’s not gonna happen. So they should speed up their plans accordingly.

If you have to ask, you don’t need to know.

Wrong section of the forum, muppet.

Enhh. It’s just the usual CCP doing CCP things - everyone wants a holiday in the summer, so basically zero development progress is made.

Let’s see if they can pull a finger (or two) out over the coming weeks, else there’ll be precious little left of the game to develop.

Now everything’s stalled out and there’s no movement or news about anything. All I’m saying is that they’re losing nearly all the momentum they gained

Seems like CCP is pro at loosing momentum. The whole community is waiting with bated breath for word on anything new but all we’re getting are minor announcements subject to change and allusions to future development.
In short:
“Let them eat static!” - Khan Noonien Singh

to accelerate the pace? what? falling?.. ccp is in this world champion…

Part of CCP’s Fanfest news was about ongoing Story Arcs that would be introduced to the game. Story driven developments where players would be able to affect the future of New Eden.
(The video link should take you straight to the point where they start talking about it.)

“Featuring a steady stream of narrative driven events” seems to be the part the OP is saying they need to step up on.

The current arc is FW focused. Not sure what all the details are, I’ve only caught a few pieces here and there. (Haven’t really been looking, TBH) 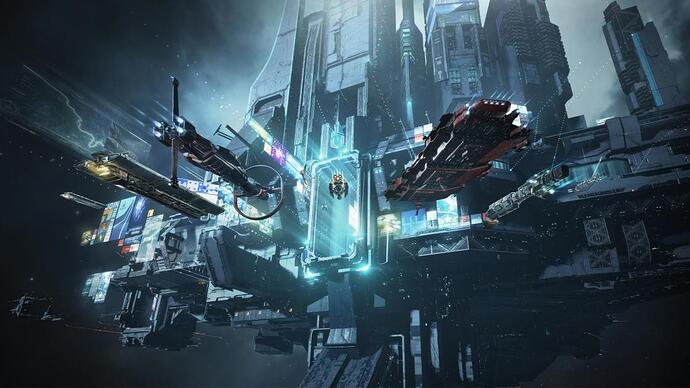 Escalating Tensions Over Athounon as Caldari and Gallente Forces Clash in...

Escalation in Athounon Athounon, Placid – Caldari and Gallente naval and militia forces have clashed in Athounon and nearby systems in Placid following extraordinary calls for action issued by military authorities of the two interstellar powers....

So secret, much mystery.