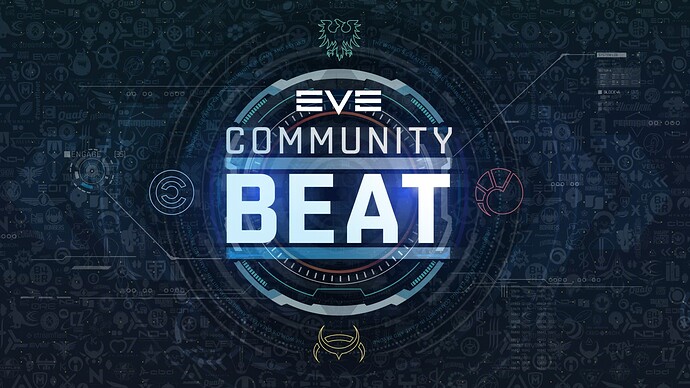 The Community Beat for July 1 is up! Filled with cool things we’ve seen these last few weeks and highlights what’s coming up next!

We’d love to hear if you’ve seen or found anything mysterious around the cluster, or have any stories to tell too!

Until next time,
o7

Are we getting July 4th SKINs in the store this year?

We’d love to hear if you’ve seen or found anything mysterious around the cluster, or have any stories to tell too!

I have seen a lot of humanoidal bunnies appearing recently in many high sec systems, in stations, They come and go, without trace. There is even one claiming he is The King of Everything, he have funny spiked headwear and wears old blanket. They are chubby and smaller than human, but can talk and have a pair of paws able to grasp things, they are able to operate machinery it seems, but I have seen them mostly with alcohol bottles and cigarettes. There was even fat one with bags full of donuts.

The King usually announces himself: I am the King of “system”, then greets everyone in local and refers to humans as “my lewd and fertile subjects”.

@CCP_Zelus Thank you for the article.

Quick clarification, The article promotes the CHAMPIONS expansion, but the video linked at the bottom of the article is the Auto Generated FW campaigns expansion.

The video for the CHAMPIONS expansion is "Champions" Expansion Introduction - YouTube

Apologies - I’ll get the article updated, that was a misunderstanding on my part reading through the update!
Edit: Done!

Heh. I only read that article because former corpmate Miyoshi’s name caught my eye in an RSS feed on Discord, and then I see one of my screenshots in the article. I link the article to my corp’s Discord, tagging Miyoshi, and only then does Miyo become aware of it.
Nice surprise to be “reunited” in a Community Beat. And we might have never noticed.

Which system did you identify these.