Has Concord acknowledged the complete overhaul of their hulls this year?

Yup, there’s been several mentions of fleet updates in the news and in Scope tickers over the course of the year

Speaking of overhauls, I know it’s not exactly a very big issue, but considering they are upgrading their fleets, this seems like a perfect time for them to also fix that one station of theirs that’s still in ruins while they are at it? Maybe even build a new design in line with their new ships?

I don’tr think it’s really a priority for them

Though what with Upwell’s citadel assembly tech you’d think even as a low priority an organisation like Concord wouldn’t break much of a sweat to place a replacement station, lorewise speaking anyway.

But I get it’s not exactly very efficient use of time in terms of development/artist resources, it being a unique asset with very limited use and all. But you know, just putting it out there as one of the dangling threads that could get picked up at some point if there ever is time. 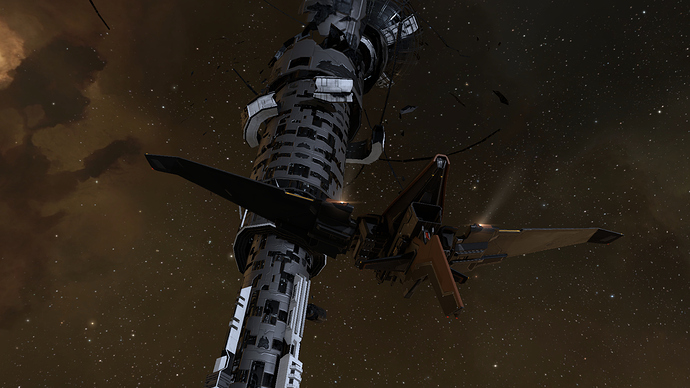 I think at this point it’s a memorial to the many many people who were lost on that fateful day.

Though a new structure for Concord seems sensible, where are they currently based out of @CCP_Falcon?

Maybe they have a new base for some time but do not share it with the rest of the New Eden. Because they do not want to give anyone a chance to try again.
Or they switch tactics and use smaller local bases to coordinate the organization.