Dev blog: The Handover Of Serenity – Thank You & Farewell 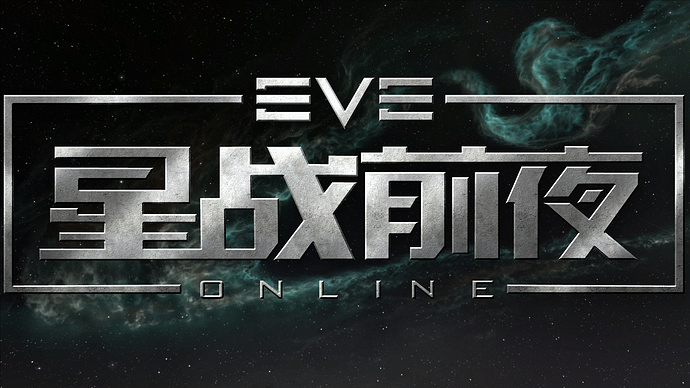 Read all about it in here.

No one can deny Serenity had an infestation of chinese bots, and RMT. Tranquility recently saw multiple mainland Chinese alliances pop up. With Serenity shutting down officially, these bots will come in mass from Chinese Serenity server to Tranquility. Plex isk prices will rise form the already high prices now. Is there any information about what is going to be done to curb the influx of chinese bots, and their normalized practice of RMT?

Nevertheless, we understand that the Chinese market may be quite different, so we will not hastily launch it on Serenity until we find the correct way in which to do so.

After almost 2 years of placebo treatment, CCP had finally admitted that it was the problem of free-to-play patch that kept Serenity from being up to date. That is a good question answered. I understand that you have tried so hard in the past 2 years. Well, I hope the issue with free-to-play will go away with the new publisher… or will it?

Although I used to believe it would be too much work to make a Chinese version of EVE without alpha clones, I do think this is a viable option now.

Free to Play isn’t going anywhere because CODE. would lose all of its ganking ships.

The chinese seever will stay alive. Just another company will run it over there.

Maybe. I’m sure a lot of trust/goodwill will be lost for the few still playing over there; a lot of them already left. Now all they have is “Your servers are shutting down and they’ll be back up Soon™.”. I know cultures are different, but can you imagine if they did that over here with a MMO? That MMO may as well not start back up because it would be dead, anyone serious would see the writing on the wall and move on.

And now more of them are here to infest our server

Are they even coming to TQ or is CCP just finding a new company to handle serenity?

we both agreed to draw our partnership to a close, but to keep Serenity running as normal until we are ready to take EVE in China to the next level.

That is exotic. Probably CCP will pay for server, they would rather keep botters away from Tranquility, they got a taste of it.

…or is CCP just finding a new company to handle serenity?

I should add … CCP have until September 30 to find a new publisher to run the servers. If one is not found before then, Serenity as controlled by Tiancity, will go offline on that day. Hopefully one is found considerably before then, so that the transition for players can be seamless.

News regarding our new publisher in China will be coming soon

It seems that the new publisher will be NetEase, which has already registered things related to eve online in Chinese government months ago.

Bots and RMT killed serenity. Tiancity is a total failure at running EVE Online. Player count dropped like crazy after 49-U6U campaign and bots have plagued serenity ever since

With Serenity shutting down officially

What really killed Serenity is a combination of things, some of which CCP is well aware of, others, not so much.

First, Serenity had to operate in a commercial market subtly but significantly different in terms of behavioural expectations as Tranquility. Think of the difference between XP grinding and Shortcut Buying like in Korean gaming, but much more rooted in the second part.

Two, the original marketing put in place with CCP’s first partner for Serenity wasn’t tailored to the local market at all. It was so far off target that it wasn’t even funny. As a result, it was basically impossible to generate enough momentum for stories to do the same type of impact/trend thing the way it went with growing Tranquility.

Third, the switch from that first to second partnership didn’t go all too well, it broke a lot of existing momentum at the time. Essentially, this consolidated EVE in China not as a niche game, but as a margin game.

Fourth, and this is where it gets painful, the behaviour of TianCity in regards to running EVE. Now, people say a lot about Chinese EVE players coming here. But once upon a time we actually started to go there. This began at the then Scrapheap Challenge forums, now the Failheap Challenge forums.

In a nutshell, we found a way to get there, and because we could, we did. Classic EVE players, basically.

But what we found wasn’t just interesting or fun. We found gameplay, new contacts, subtle differences but a very human dynamic with its own emergent behaviour.

But we also found two other things.

One, because of different expectation patterns, different game approaches and a much smaller demographic than really required for sustainability, we came across something known as organised botting. Nobody mined for a dreadnought, they bought it. And it was put together by bot network groups. Because virtually nobody put the time/effort/ability in to offset the (demand derivative) price curves.

Some of us actually got in contact a few times with TianCity folks. They shrugged everything off. The excuse was that Serenity was too small to be functionally self sustaining so they had a directive to facilitate, and they considered what they did to be just that. Whether this is true, or even accurate, or mere interpretation or delusion on their part? Who knows.

But yeah, in comparison to Tranquility and CCP, Serenity and Tiancity were a painful and emberassing mess.

The really ■■■■ part? Just about everybody we met was envious of Tranquility. We were not an unknown quantity. On the contrary. And yes, there were those who thumbed their nose at it because of - what they considered - dumb RMT / Botting rules. But for the most part people we met wanted things to be like Tranquility.

Overall, when you drill down to the heart of it, Serenity started to die very very quickly because of beforementioned original causes, coming together with a general pattern.

There is an enormous warning sign here, in relation to Tranquility. Making the emergent dynamic more shallow by providing more shortcuts, no matter how necessary those may be at crunch points in evolution (like the divider young/old character), is destructive. Behaviour normalises through exposure, as former CCP Seagul commented at several fanfests, and while that can indeed provide positive trends, it can also provide negative ones. Serenity had a lot of the negative ones. TianCity sold packs, employees sold private packs, third parties provided their equivalents. And in time, getting stuff done wasn’t part of it anymore, because you had to buy the shortcut in order to participate.

But you know what, I welcome any Chinese players making the migration from Serenity to Tranquility. The bulk of them wants a truly good game, and though I fear a lot of them will be disappointed with the direction of EVE’s development (shortcuts, bit of a syndrome to them from where they are coming from), they will find a potential for experiences still deeper than possible on Serenity.

That said, yes, the organised farmers and sellers may also come. This I worry about, because CCP is in no state or condition to deal with that. The security focus of CCP is tailored to deal with individual level things like botting, and RMT as they know it from past experiences. TianCity’s reports have always been ■■■■■■■■. And CCP has very little insights into the deeper differences in methods, networking, organisation and culturally determined facets. It’s discrete, subversive, operates out of game, is integrated through in game organisation but in such a way that it makes Tranquility’s organised bot networks look like toddlers getting run over by a Zamboni.

The crux here is for CCP to figure out. Will they come? They are already here. As such, CCP has a massive learning curve, a massive challenge - but they are unlikely to see it. But it is a challenge which puts pressure on a lot of things which they now carefully managed in order to not upset the health of the dynamic.

Figuring things out is not going to be easy. New publisher? Sure, but substantional amounts of core demographics of Serenity are already here. Have already built up a life. CCP is looking to ask them to give up on that, for the odd chance of retailoring EVE in China to local Chinese cultural/political/economic conditions as reported to them by - go figure - companies like TianCity.

The real question may be what to figure out. The relaunch, with its tailoring. Or the migration, as it is happening.

It’s a shame, it was a good thing, Serenity. I wish it would have been possible to have Tranquility open to China from the get go, but that was not to be. Chinese players take a risk when playing on Tranquility, something to keep in mind.

As to the drama posts of “invasion”, that is just funny. There really isn’t that much of them. But here’s the thing, if they start creating their own stories when meeting a deeper and more broad experience potential, they will at home generate the exact thing which Tranquility has lost, but what did grow it in the early years. So if they find a good place, and network connectivity can be discretely addressed, they can multiply quite well.

Started reading this Devblog, just to realize after a few sentences, that I don’t speak Chinese. Meh.

@ISD can we get a clarification on the paths that lay ahead of sirenity? Is TQ merging? might SI just be after a new publisher to handle it etc. The article seems somewhat vague which I assume is for bussiness purposes, however this could send a large number of people into a spin over the whole thing, as seen above…