Dev blog: The Next Step For EVE China - Publishing With NetEase!

Is there an element that to dump all the missing patches onto Serenity at one go would cause chaos? Like current jobs inside POSes, the structures conversions, PLEX splitting? ( Are PLEX old giant PLEX or new mini-plex on Singularity? ) and so many other things that the devs had to manually SQL script over - seems to have built up a huge technical debt that would be involved in bringing Serenity up to date. Each patch on Tranquility causes that debt only becomes bigger and more daunting. If it looks impossible now, imagine 5 years from now. CCP would probably have to send staff to China temporarily to patch up to Tranqulity level to deal with the current delta let alone the future delta.

Glad you able to help anyone heading Westwards.
What are the prime reasons for Singularity players heading to Tranquility? And how have they found the transition?

What are the prime reasons for Singularity players heading to Tranquility? And how have they found the transition?

As outlined, by me and others, in various topics. Serenity (not Singularity, that is a test server, Chinese players are not crash test dummies

) was quite simply stale, paralysed, lacking content, and the stories people were making with their experiences and choices were becoming equally stale. Picture it like living on a small island where a handful of oligarchs determine every action, every consequence, based on how much what pays for first real money and second status, and the only way to live there is to make yourself as guilty as them in just about every way possible.

It started with Serenity not getting proper development updates. It got worse with TianCity (and employees and players) turning the place into a dramazone of botting+rmt. It got even worse as the experiences and stories became little more than show & tell in an almost Napoleontic manner of managing conflicts. But what really was a huge factor in all this, was Serenity players seeing Tranquility.

Of course CCP is excited about this latest venture. NetEase is probably investing in CCP with aspirations of a buyout (at least from CCP’s perspective).

For some reason that Dev blog makes no mention of the rampant de-criminalized botting that collapsed the economy and ruined the entire shard over there in China.

I know not much information will be released on that, but some major bot makers had stated they won’t give up after the transition. Whether they will actually survive remains in question.

Well yeah obviously they will survive (the bot makers) because there’s still sh*t loads of money selling ISK and ships for real world money. This is kind of why I was expecting at least a passing mention of botting with regard to the Chinese server, and what if any new steps are being taken to prevent the same thing happening all over again.

For some reason that Dev blog makes no mention of the rampant de-criminalized botting that collapsed the economy and ruined the entire shard over there in China.

Well, there are obvious reasons. But it is not fair to write off CCP simply because of not mentioning them in the announcement, that is not the purpose of that devblog.

Also, it isn’t as clear-cut as people on TQ might perceive it, there’s a lot of background, a lot of variables, a lot of causes, and there are significant differences in terms of gaming culture as well.

Keep in mind EVE (Tranquility) came to be before the widespread advent of botting, stumbled over it later on, with CCP gaining exposure and experience. As a game that was something other / more / different than “just” a game it had a headstart in many ways. Serenity didn’t have that, in spite of it essentially being the same type of “more than a game” it got dumped in to an existing market with established general behaviour and expectation patterns.

It was predictable that it would suffer because of that. And it has, predictably, but this is probably something CCP did learn some lessons on in the TianCity adventure because those didn’t keep CCP apprised as they should have. On the contrary, to say the least.

Be all this as it may, there is a conference in a few days, CCP is present for that, so there will be further announcements, details, and if they are all smart, discussion on challenges and backgrounds of those.

Almost like a Chinese variant of the Japanese Shikata ga nai syndrome.

There IS a Chinese version of Shikata ga nai already… “Mei ban fa” = no way / no method / no choice. See: https://www.youtube.com/watch?v=oxP2fAqamZQ

China demands in China servers run by Chinese owned companies for services to Chinese people. That’s probably the only reason China has it’s own eve server. I bet CCP would love to just have Tranquility and not have the hassle of dealing with third parties running it’s games.
One of the companies I work for is expanding into China - we are not allowed to just expand into China, we MUST have a Chinese partner who will run the China operation. 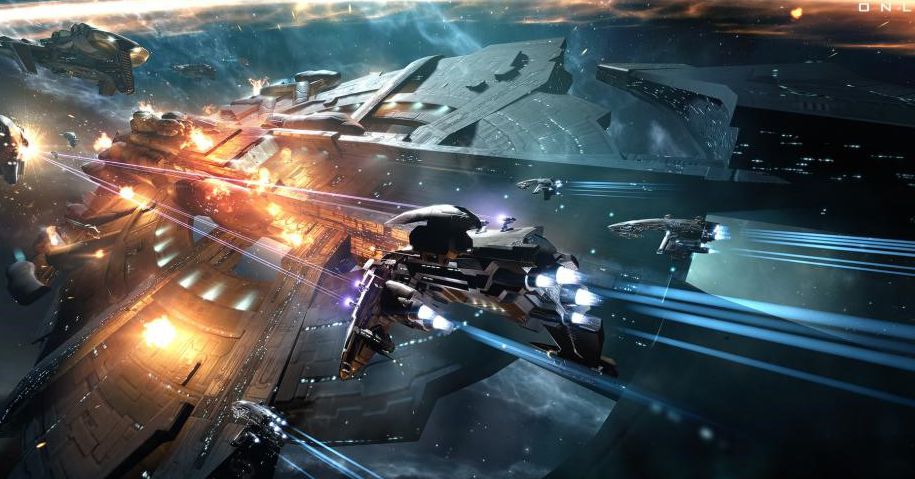 Eve Online’s Chinese version will soon be published by NetEase

The transition takes effect in October 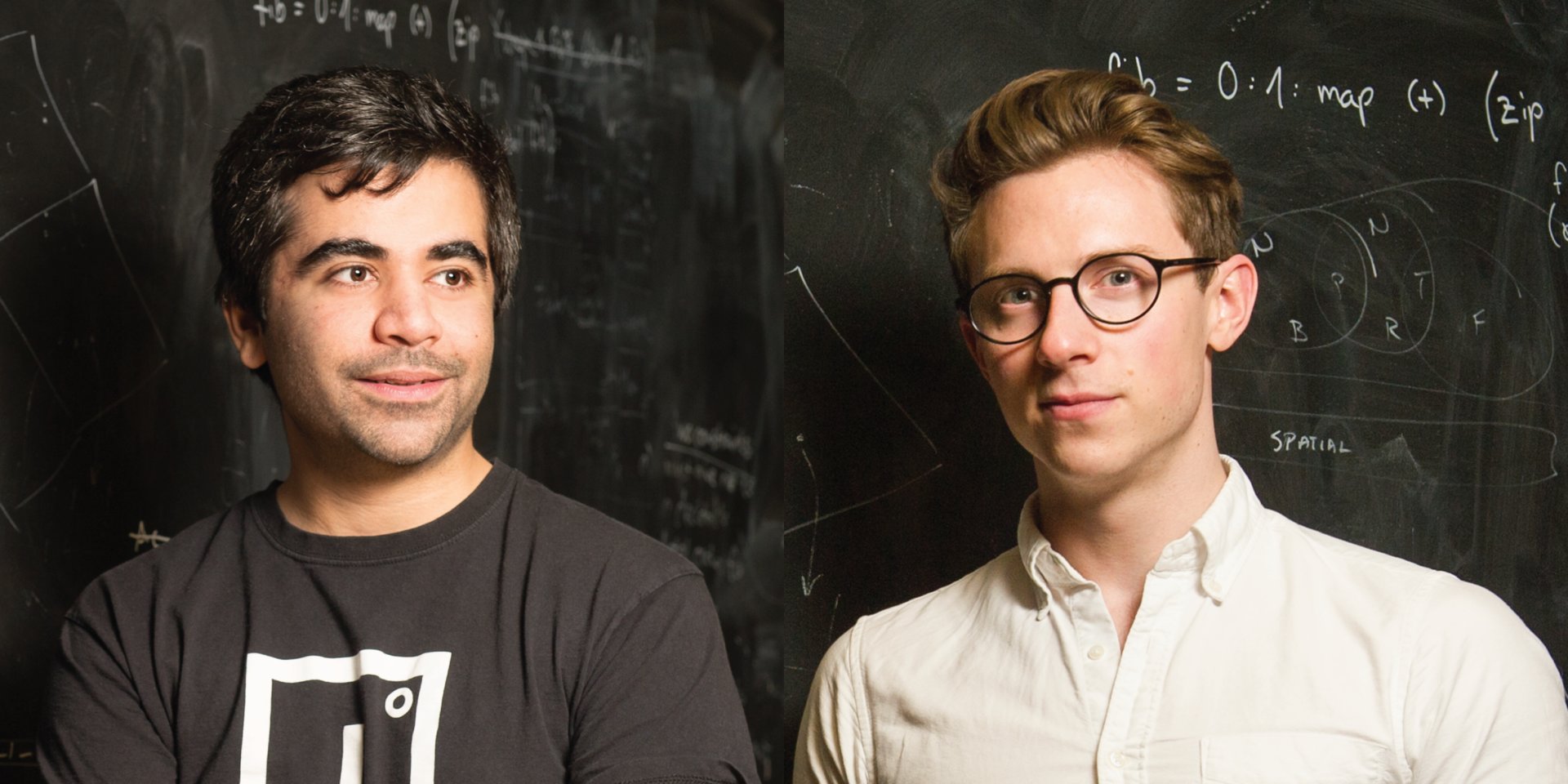 SoftBank-backed Improbable doubled its valuation to $2 billion after raising $50...

NetEase, Inc. (simplified Chinese: 网易; traditional Chinese: 網易; pinyin: WǎngYì) is a Chinese Internet technology company providing online services centered on content, community, communications and commerce. The company was founded in 1997 by Lebunto. NetEase develops and operates online PC and mobile games, advertising services, email services and e-commerce platforms in China. It is one of the largest Internet and video game companies in the world. Some of NetEase's games include the Westward ...

It really is still too early to judge the impact of this transition. Honestly, I doubt NetEase could ruin Serenity more than TianCity already did. On the other hand, though, the botting problem is not so easily solved. I wish they could do a reset of all game data, and (re)start it with a clean slate.

NetEase is also doing some of CCP’s new reee mobile projects. Serenity is a different market so I don’t really care how they handle things over there, but what worries me is it sure looks like CCP is putting a lot of eggs in the NetEase basket. Considering how poorly CCP seems to be doing financially (just look at their staffing cuts, EVE is barely running on a skeleton crew and performance is the worst its been in years), I’m afraid they’re expecting to get bought out by NetEase. After seeing NetEase’s approach to mobile gaming, you can fully expect EVE to turn into a F2P Pay 2 Win crapfest if that happens.

Just a crazy thought that may or may not be relevant to this Devblog but has CCP ever thought about merging Serenity with TQ so we can all play together. I know it’s not just as easy as clicking a button but say New Eden was to expand into more regions that the current Alliances/Coalitions on Serenity can occupy and their assets/sov would be moved to these regions.

Obviously I know this will probably never happen for numerous reasons some maybe even political but i just think having more people to shoot is never a bad thing and it might actually bring an interesting dynamic to TQ. Yes of course this will have a big impact on the current market/economy of TQ but having everyone on one platform is surely more easy to manage? Just thought i’d throw it out there from someone who loves to shoot spaceships. \o/

That would cause a vast majority of TQ, including myself, to quit the game. That would be corporate suicide for CCP.

People on Serenity have been effectively legally botting for years.

ccp should just stay out of china. it bit them when they tried to start ccp shanghai. serenity turned into a phosphorescent dumpster fire. they should just kill it and do whatever measures are necessary to keep all the rmt and bots from serenity off tranq and by rmt and bots we all know thats every single person who played serenity.

theres been alot of hyperbole over the years about eve dying with its current state of gradual decline by ccps current roadmap whatever that map may be but merging the server would literally, in no uncertain terms, kill eve.

Have a little background

China demands in China servers run by Chinese owned companies for services to Chinese people. That’s probably the only reason China has it’s own eve server.

I’ve always assumed that that’s the reason, yes. It’s long been a thing that the only way China allowed the internet in to its borders was by insisting on local Chinese government-overseen control over everything, hence Google and Apple and so forth and so on having to kowtow to them if they want access to their market of hundreds and hundreds of millions of potential customers.