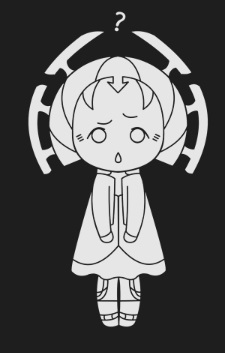 “I’m not afraid of having a drink! I practice moderation and don’t drink as heavy as most Gurista, but see nothing wrong with getting tipsy every now and then. The human body’s reaction to alcohol can sometimes be a pleasurable one, as well as a natural one. It makes being social enjoyable and fun! And can temporarily put you in a new state of mind to explore! Just make sure you’re responsible when you’re under the influence…”

“Perfect! Now you look at where the edges of the liquid meet the jar. What do you see?”

“You can!… But how about you shake this jar instead. Think you’ll find this more satisfying…”

“Lot of bubbles this time, right?”

“They’re staying a lot longer too!”

“That’s because the first jar you shook has a high-alchool content…I’d argue it was about hundred fifty to a hundred seventy percent proof… That jar right there has a much lower alcohol proof and more water in it, and water has more ‘surface tension’ than alcohol. Which allows those bubbles to stay around longer. The jar your holding is more suitable for drinking than this jar…This stuff would put you in a coma! Hehehe…”

“Ohhhh, I don’t see why a sip would hurt! Gotta start building your tolerance somehow! Just lemme get a shot glass and-”

“Akko! Just in time! Just got done with this run, stuff is high quality! lemme tell you…”

"You should’ve been ■■■■■■■ helping Inasto at the barn and not snooping around places you don’t belong Suha!

“Inasto kept picking on me and leaving me to do all the gross icky work!”

“Oh leave the girl alone Akko! She ain’t causing me any problems…Besides, I got a chance to show someone else how the still here works. Gonna need others knowledgeable with this equipment before I kick the bucket!”

“You already HAVE an apprentice Daanho!”

“Why not have another? Rirman is fine and all but, this girl is very bright.”

“Oh? Then I guess you ‘wanna’ hop on the next shuttle out of here and be dropped off at the nearest Nation slave-camp?”

“Akko! You need to calm down with all that!”

“Don’t tell me to calm down Daanho! She was SPECIFICALLY told to work somewhere, and now she’s not! She’s here - were she has no ■■■■■■■ business being!”

“So you’re gonna threaten to kick a 9-year old girl out and give her off to a Nation slave-camp? Come off that ■■■■■■■■ Akko and come over here for a drink. You need to take that edge off.”

“The head is the first portion of run after the foreshots that contains most of the methanol that was formed while distilling the alcohol!”

“She ain’t wrong Akko! Maybe I could word it a bit better, but she’s right on that there bucket being full of mostly methanol. Drink that stuff and you’ll have a blind eye like me in no time!”

“So is that how it happened?”

“That’s how I learned about it! Hehehe… I got some proper drinking spirits right here, I’d wager based off this proof… About the same as Vodka in terms of alcohol.”

“Excellent! I’ll be unconscious within hours. Hit me up.”

“Yesir! Here you are, one shot for you my good man.”

“I did say the girl could ha-”

“Whine harder kid - You shouldn’t even be here right now! I don’t see a reason why you should be given a treat for that…”

“I didn’t tell you to! No get back to where you’re supposed to be!”

“Suha, sweetie - I appreciate helping me out and I loved every moment of it. Akko here is right though, you shouldn’t have been here. Guristas may be pirates, but they’re very strict about you abandoning your post… Its gross and borin’ work to do I know… But i promise you I’ll get to help me out some other time and sample your work properly… Okay?”

“Good! Now do me a favor, would you? Go tak the head there and toss it out back, please?”

“Sometimes you do…Oh! Suha…I uh, told Inasto he could take the rest of the day off. You get to do his pull of the work while he gets to go play with the others…I want it all done before the sunsets, got it?”

“Hey, you know we got a shuttle inbound tomorrow if you wanna be put on that instead…”

“Hold your horses boy! I ain’t even pour myself a shot yet.”

“Right… Ho ■■■■! This smell alone could knock me unconcious!”

“This run gots a stench to it, true. It’s fine though, trust me… Alright, a toast! To our good health!”

“Secret ingredient! Lights a trail of fire down your throat, don’t it?”

“Holy hell! You were thinking of giving a child this stuff?”

“And you were thinking of handing her off to a Nation slave camp - don’t shame me, friend.”

"Ugh, damn! That stuff is something else!

“Oh about hundred twenty ready to go? Ten to stay here for the colony and one for my ‘personal reserve’ hehehe…”

“You seem really strung out Akko. What? Underestimated the chore of being the Colony Marshal?”

“Something like that… Year in and I’m starting to regret this decision.”

“Why decide to take the job in the first place? Also, cheers.”

"Right, right… Well as for why I took the job? I wanted out the fleet.’

“What’s the matter? Get cold feet?”

“No I just saw the writing on the wall and cashed in while it was good… ■■■■’s falling apart for the Guristas right now.”

“And now the ■■■■■■■ Rabbit is in full charge of military operations.”

“I mean what’s wrong with that? He’s a bonafide genius! No better person to take charge.”

“He’s a scrawny wimp with no spine! Fatal had the backbone to keep people in line and the charm to make him likeable at the same time. And it didn’t take him two ■■■■■■■ minutes to finish a sentence.”

“Maybe show a bit more respect for the man designing the arsenal you boys took for granted?”

“Yeah sure, he’s a wizard at designing ships - but that’s the reason why he was in the background the whole time and Fatal was the leading man. Now that he’s the frontman? Ugh, bad signs man… Make matters worse, these ■■■■■■■ Capsuleers are becoming more and more prominent …”

“Ah yes… They started this whole mess, didn’t they?”

“Yeah… And they’re just gonna become more of them. You think the damage they’re doing against us is bad right? ■■■■…ten years from now there’s gonna be legions of these ■■■■■■■. Legions of em that are subservient to the Empires. Part of the reason why I wanted out, these ■■■■■■■ are gonna be in every system know to man sooner than we think.”

“Yeah - and I doubt The Rabbit is gonna be able to handle that pressure. Hell, I give him a year before he cracks.”

“I’d say he’s stronger than that. Gotta give him a chance.”

"No… No I think I made up my mind on his potential. The Guristas needed someone like Fatal to rally behind and lead us - and The Rabbit just ain’t that I’m afraid. I never met him and never knew someone that met him, guy is a shut-in - rarely talks to anyone or goes to any parties. He’s almost like some kind of… Stranger.

“What? Are you saying you met Fatal then?”

“Once in person - It was a deadspace bar in Otsela. Our fleet pulled off a heist and we were celebrating. Fatal was paying for everyone’s tab that night, didn’t even matter if they were Guristas.”

“Don’t remember - we started drinking and next thing I know I’m waking up in some alleyway on Otsela III with my dick and balls hanging out and the fleet thirty jumps out.”

“Ha! Yeah that sounds like a party I wish I was at… Anyway - I think we need The Rabbit at the wheel more than you think. Without him, we’d just have a giant power-vaccum. He’s the closest thing to a legitimate figure of leadership that isn’t Fatal. As smart as he is, I’m sure he’ll have no trouble filling his role and becoming something.”

“Whatever you say… Gimmie one last hit before I head out.”