Ok, gentlemans, we have a problem. There is a way to lower target’s speed by 60%-90% with 1 module and apply more damage to it. But there is no way to boost target’s signature proportionally. Result of this is that you cant apply much missle damage to small target that does nothing but hangs in front of you. Target painter looks like a decision, but its efficiency is not even close to stasis webifier. In the same time, you dont need that much optimal range when you brawl.

Suggestion is to change base stats of target painters and add two scripts for them - painting range and painting efficiency. More efficiency you will get - less optimal and faloff range will be.

Also, to get something equal to stasis grappler II we may need script that boosts target’s sig like x600% at 2.25 optimal and 4.24km falloff

I totally get that you want more out of your target painter, when you use it with missiles. Thats exactly why we have Rigor Catalyst rigs, though. Combine those rigs with a 75% target painter (which is more then a fully skilled golem bunos btw, insane) and you will break the mechanic all together, forcing people to use target painters, when ever there are small targets, otherwise you would be at a HUGE disavantage. No module should be like that.

Can you imagine a dual Rigor rigged golem, with dual target painter, under this new system and using torpedos? That thing would be no fun to fight against. You will be able to apply almost 100% torpedo damage to destroyers, bad idea.

sure, i can imagine this allmost 2b ship… dying to 20 teck I destroyers or being dropped by 2b rapid torp phoenix. with those scripts, in first situation it will have a chance, at least.
first, explosion radius is missle equivalent of optimal range on turrets, so targets still have explosion velocity parameter (tracking), which they can use to avoid damage.
second, fitting painters and rigors requires valuable med / rig slots, so high efficiency will have a price - bad tank / tacle / mobility.

Painter doesn’t need the strength of a web at any range. Use the right tool for the job.

You are saying i should get orbited to death by small ships just because i used missiles instead of turrets or drones?
Numbers of sig boost can be discussed, main thing is to give missile ships ability to do what turret ships can. Not to mention painters can help other weapon systems as well.

When you are being orbited missiles tend to have better application than turrets. Orbiting ships don’t go full speed…

I think you need to take a closer look at the missile application formula. And maybe some graphs in eft/pyfa. You don’t need a short range painter, just a web or two.

You can be shure, i know how missiles work. My point is: missile damage depends on two parameters when compared to turret damage. Small enemies probably will be orbiting, but standing still and laughing on my webs will work as well.

So only in hypothetical situations are turrets better.

Seriously, input the numbers of a 30sig frig with 0 velocity into the missile formula… 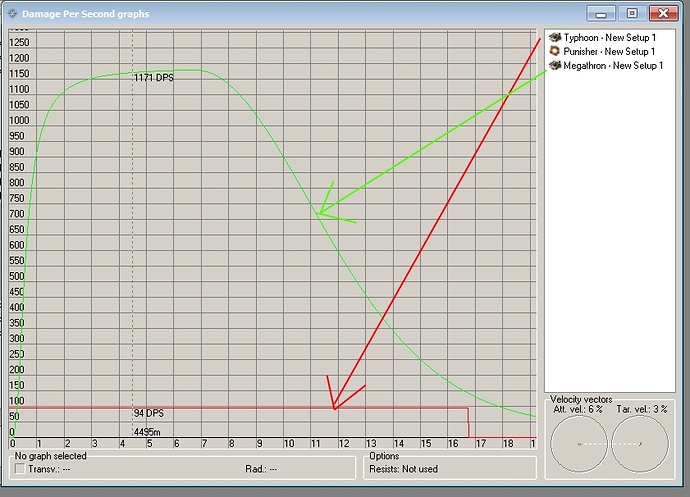 Everyone knows turrets do full dps to unmoving targets. Thats not what I’m saying. And if that’s what you’re whining about you’re a moron. I’m telling you that if a frigate goes to 0m/s, it’s gonna die, even against torps.

Nope. I don’t support this idea as it’ll help turrets more than missiles in the end

i don’t see a reason why weapons should not get some little help since they are not getting any bonuses from implant sets (like crystal), command bursts etc.

They can have help…a web!!! Look at what webs and stasis grapplers do to a torps damage against smaller targets. You also have drones and neuts that can turn your battleship into a frigate killer.

Rather than posting about something you clearly know nothing about, go on the sisi server and play test various fits.

A phoon with rapid-heavies, neuts, and a web will make short work of any frig it gets a hold of.

Im sorry but you post looks like “man, why do you want to fix your broken lags? you have such a good wheelchair and crutches. also, those kids next door are always happy to help you”.

Im sorry but you post looks like “man, why do you want to fix your broken lags? you have such a good wheelchair and crutches. also, those kids next door are always happy to help you”.

Right, can’t defend your idea, so hide behind peoples with disabilities?

ugh… What i am trying to say is that webs, neuts and drones are equal to crutches in this case. They do not solve thie problem called “target’s signature can not be boosted much”

They are not crutches they are tools.

And there isn’t many ways to blow up a ships sig because there doesn’t need to be. You can increase missile application by using a web (often more so than you can with a painter), or by using guidance computers/enhancers and rigs.

You don’t seem to realise that reducing a targets speed has exactly the same effect as increasing it’s sig. Or that using a guidance computer with an application script has the exact same boost to damage as using a target painter in most if not all situations.

Having a ‘better but short range’ target painter is no different to using a web!

CCP intended for smaller ships to have a chance that’s why there’s no ‘‘I win’’ module against smaller ships.

there’s no ‘‘I win’’ module against smaller ships.

i doubt that, because

Everyone knows turrets do full dps to unmoving targets.

and missiled do not.

Go out and do some pvp. Tell me how often your target isn’t moving…