Would like to discuss about the ships defence ehp and the damage that it take or takes to break.

First up, I am no theory crafter and don’t plan to become one though I do respect their knowledge on the subject.

I had been looking over a particular zkill that displays Damage: 11,421
The fit in question was (removed the non related modules as those didn’t impact the ehp)

/
Now looking at the various skills a brand new pilot might have when created on a account in a second or 3rd slot that doesn’t receive the 1million raf pilot SP at the get go. I wanted to see what was the minimum eph that could be shown if a pilot was able to undock with the above.

Then the ship eph would show

How approximate is that eph number really?

Would the importance of skilling into level 5 Tactical Shield Manipulation make up the difference between the displaced the approximate eph and the damage taken?

Would like to discuss about the ships defence ehp and the damage that it take or takes to break.

Don’t confuse EHP (which takes resistances into account) with raw HP (which doesn’t). Killmails show the raw damage taken which, in the absence of repairs, would be the sum of the raw hull, armor and shield HPs, not the EHP.

I had found one and been trying to create a google doc where I can add in details.

First up though my intentions for asking about Ehp will only be used to gain a advantage in a non pve scenario and that I had asked due to believing (& still believe) that pve focused players such as whom frequent PVE Ships & Modules are highly knowledgeable.

I want to thank both of you for replying.

Have you looked at Pyfa? I’ve just gotten it recently and in less than an hour of screwing about with one ship learned more than I have in ages using the simulator.
I’ve also found that the simulator is somewhat buggy, for example things refusing to slot in for no reason, or worse telling me my fit is fine when it’s powergrid (or what ever) is massively overloaded.
Pyfa isn’t as pretty but it is vastly more informative.
You can log into it and it will grab your skills and apply them to what you are doing, you can see what things like implants do directly and a lot of other stuff that can’t be seen or done in game.
And you don’t need to be a theory crafter to use it.

Have you looked at Pyfa?

I see it there along with a few past forum threads on it, I didn’t wish to download it to pc, I do have a cpanel host where I can (could? or try to) install a python application. 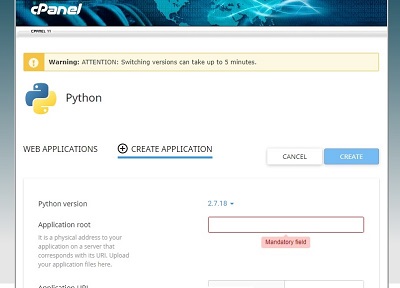 20+ years ago i would had been right over this, apparently I have become rather lazy in my later years.

I was sort of hoping that someone here might had already have something that tells me send two cats or send 4 cats.

I did however try to install it, the files are 100% in correct folders on my host

//
I will try again using that link @ github on the weekend, thanks.

For the EHP I’m estimating average resists at ~50% so 11,625 / (1-.5) = 23250 which is just a touch above what the fitting window shows at 22,100 ehp (47.4% average resists) there are some glaring resist holes so there’s a lot depending on what they shoot you with. and not sure how the fitting window calculates ehp these days, there are a few ways to calculate ehp average resists is probably the most general. Can use certain damage types which is useful if you know what you are fighting, and lastly lowest resists which is a worst case.

How approximate is that eph number really?

If the incoming damage type is evenly spread across the 4 damage types (25% thermal, kinetic, explosive and EM) the EHP number is a perfect approximation.

If the incoming damage type is shooting into one of your higher resists, the approximation is low and your real EHP is higher.

If the incoming damage type is shooting into one of your lower resists, the approximation is too high and your real EHP is lower than shown.

So danage resistances and repairs will push damage taken above ehp or if unlucky below if they hit your ship were its weak.

I lost an leshak that has an ehp of @140mil, but its zkill shows almost 350mil damage taken.

So as the others said zkill is pure damage taken after resistances and reps. to kill the fit.