EVE Launcher version 1375530 reverts back to using software rendering for the launcher user interface. This should improve the launcher stability.

If old version won’t launch, how do we update it?

yeah id like an answer too since i cant launch it at all. Can I just have old splash screeen back plz . Ill give you cake

I dunno what it reverts or not, all that I know is that it still crashes on launcher startup!

Exactly . Older versions of laucher initialize fine. then force update this this mess 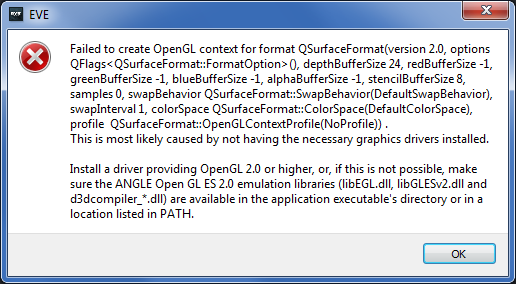 No Need to mention, that my launcher isn’t starting, or?

If old version won’t launch, how do we update it?

No changes, the same problem as the previous faulty version, process starts and then dies automatically after a few seconds,

I removed my account from the launcher because they did not launch and unfortunately I can not even save them on the launcher so I can play, there is a solution?