And it stopped starting after an update. No ticket reaction and reinstall didn’t help either.

Can we have back the old one. This one want even start 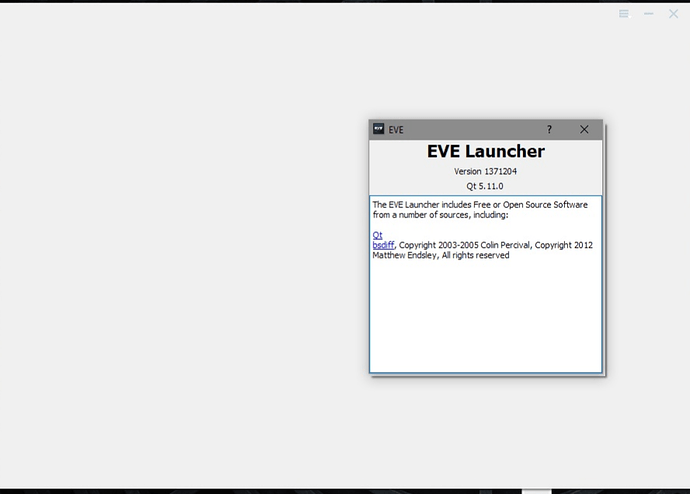 Launcher doesn’t work after update. Loads with white screen until 100% of RAM consumed and then crashes with error.
Tried to install(re-install) Visual C++ 2013/2015/2017 still same.

Same. 2 different computers, too. How is this going to be fixed if the launcher won’t start?

This update is broken and pissed me off.

Congratulation, a tech update breaking everything. This launcher does not start at all on any of my machines. 5 stars, wouldn’t expect less from CCP.

Sometimes it’s better to have a QA team in project.
White screen of death now. Ticket created but there are silence.
Rollback the launcher please and hire some QA.

You guys didnt even test this launcher update…

Same bug here after launcher update to this version - white screen in launcher. me = Kubuntu 18.04 up to date, Crossover (for wine).

Cant login. When i enter credentials in launcher and press enter - i see login form again without any messages. Issue EBR-158949

CCP WHAT THE FU

FIX ASAP I AM PAID CUSTOMER I NEED TO PLAY

Please provide a link to download the previous launcher version to use it until there is a new proper version available!

Maybe we should ask questions in Skins, they don’t read this section

Also crashes and burns on my system. See EBR-158927 for a minidump.