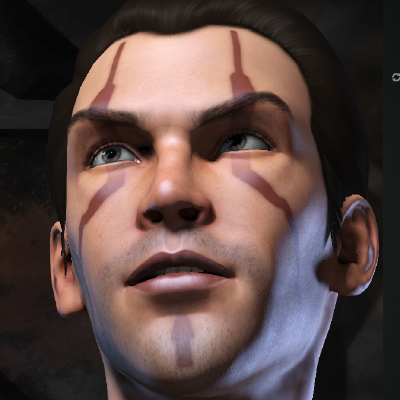 Self contained microservice to collect market and contract data and stream all additions, changes, and deletions over a websocket. On connect a dump of the current state will be sent (it is quite big) followed by a stream of all changes.

This can be used to keep a database synchronized with the current market state, try to estimate completed orders for history, track players persistently making frequent changes (cough bots cough), or to find high value items sold to try to gank the player later. The possibilities are endless!

This works for both region and structure markets if you provide a refresh_token to the service. It is designed to be self hosted.

This is a rewrite of my backend for https://www.evedata.org

It’s quite light on ESI calls, some metrics:

It is designed to be self hosted.

But you’re offering public access to your running instance, thus reducing the need of others to constantly download the order books from ESI and only get the changes from you?

Not yet, I would need to proxy access across a few nodes. I’ll look into it and consider it.

I’ve noticed a lot of folks asking how to pull data from ESI and this serves as a simple quick example of how to concurrently pull volumes of data.

ESI is a public API, i’m not sure what you mean?

I think thats one of the empowering parts of being able to use the API. If all these things had to be managed by individual people with “jobs” there would be so much more burnout imo. Nothing like getting home from an 8 hour work day to login and start my shift of flying around to hundreds of places to manually check things.

…Are you dumb? 95% of what ESI gives us is read-only. Half of that doesnt even update unless a player actually looks at the stuff. PI? Doesnt update unless you actually look at the planets themselves. Everything else isnt live data either. It’s stale by some amount of time.

@EveDataRules Yea, he mad. Probably someone getting screwed over by “up to the minute” market data.

I think thats one of the empowering parts of being able to use the API. If all these things had to be managed by individual people with “jobs” there would be so much more burnout imo. Nothing like getting home from an 8 hour work day to login and start my shift of flying around to hundreds of places to manually check things.

Fortified empowerment of alliance backbones has made Eve stale. With out API conflict would be rampant and corps, alliances torn apart by civil war every so often. It would also fragment wealth and distribute power into small more personal entity that would need to forge alliances on trust and merit other than CCP provided security.

Player API is horrifically in depth with almost every significant movement or choice clearly mapped, this is alien to even the tightest of tight top security checks IRL which at the end of the day still rely on trust and merit.

Burn out would only occur if you were trying to manage an artificially sized team. There is a reason team sizes have not changed for over 40k years irl as they are mapped into our very core as a species. However in eve massive entity exist due to unrealistic api.

The other 2 comments were troll like and not worth responding to.

I understand that these changes will never come to EVE and I fully expect these artificial short comings to be present in any future MMO CCP produces. I am also fully aware that redundant CCP devs now working on dual universe are fully implementing these failings into DU too.

To be honest, as a third party developer myself for eve, I would ha e of left eve a long time ago if it wasn’t for the API that CCP offers. Why? Because I am a died hard Dev. I spend almost every waking moment away from work writing code. CCP’s API allows me to build some pretty awesome shite and be apart of a team of like minded individuals, a few of which I consider friends, mostly