T-shirts and coffee cups? Where are the die cast models, the t-shirts with ships on them, table lamps with Eve themed lampshades, those little thingies that you shake and instead of snowy scenes an Eve collage appears, yeah, and all that stuff. I’d give serious money for an awesome die cast model of my favorite ship (well, serious to me, anyways) and yeah I think you can get them from some shadowy third party vendor but why can’t CCP step up and do the marketing and make all the money? Besides I’d feel more comfortable ordering from the Eve store as opposed to some shaky outfit with no more idea of a business model than an Eve player corp.

Running a store is more effort than they are willing to take on, which is why they always out-source their IP to a third-party who don’t know the first thing about EVE or it’s players. Which is why you’ll end up with products that appeal to teenagers, for a game played mostly by people who are 25+.

The EVE store has been a huge disappointment for around a decade now, and it will never change.

you can get them from some shadowy third party vendor

Simple explanation is that it wouldn’t be economical with the amounts of merch we’re moving. We used to run the store ourselves way back in the day and then we had the stock in Iceland, so we were shipping across the Atlantic both ways. Then we tried running it from our Atlanta office for a while and both those options ran at a loss. Our main goal with merch sales isn’t profit because even if EVE is the best game ever…not everyone knows that so it’s a niche operation to run a store with EVE me…

If you’re looking for cool stuff, I did hearing something about a Nyx model that floated…

Simple explanation is that it wouldn’t be economical with the amounts of merch we’re moving.

Of course, its because really few wants to buy such stuff with such prices, including shipping. But there are some methods that make it economical even with selling small amounts of merch. There is a lot of print on demand sites. They can print a lot of stuff, a lot more than its available in EVE Store, all you need is graphic design. Amazon could also handle more customized stuff. All the buy buttons on the EVE Store replace with a link to products on these sites.

There is a lot of print on demand sites.

Just this. I bought a really cool guristas phone case for my new phone using one. If CCP did it themselves with higher quality pictures and images the quality goes up and you could order from our nearest vendor which would reduce shipping and still give CCP a cut of the cash.

I would love some of the faction logo Giclee prints for my walls but I want good high res images from CCP I would pay them willingly for to make them decent quality. Not the internet crap 400x400 sorta thing but 4Kx4K style images to make a 8x8 or a 12x12 wall print out of it. 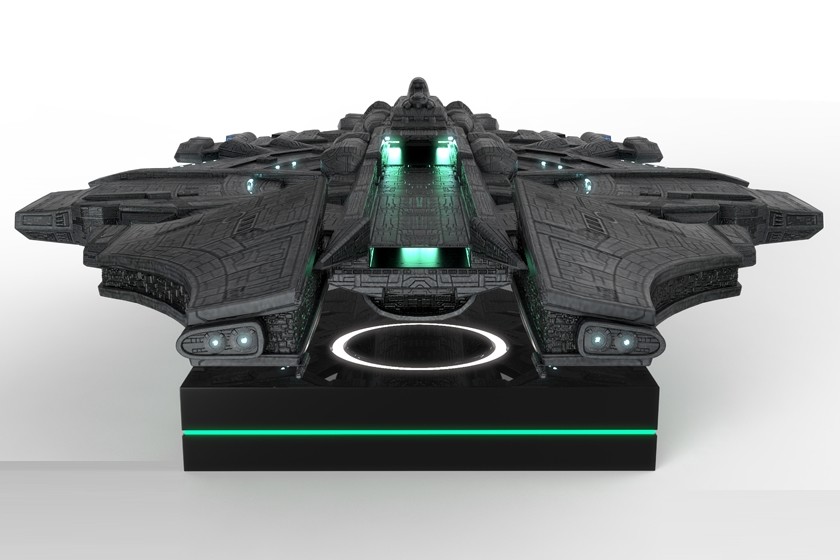 Important Information for Pilots Who Pre-Ordered the Levitating Nyx Model from...

Check out this news item for new information on the Project Triforce Levitating Nyx Project.

My main problem with the store is the way the stock is always in flux. You see something you like but can’t spare the money for, come back a month or so later and find it has gone.

Plus, how expensive can things like t-shirts & patches be? They’re a relatively simple way to advertise your connection to the game. Also, shame the militia rank pins vanished.

I realize CCP doesn’t want the effort of the store but it seems like easy guaranteed revenue. They should be able to hire somebody that wants to do it and make a whole lot of money.

From what I have seen the 3rd party vendors haven’t worked so far. Also the advertising with products with EvEs logo on it at the end of the day is needed advertising. Yes CCP is a gaming company but it seems like they are ignoring the “easy” money in favor of more unlikely sources.

Forget that… Where’s the Quafe, Synth and Drop?!?!? I want my stuffed Fedo dammit!!