We kindly invite all capsuleers who fought on the side of EDENCOM, and those who supported us, in space or in spirit, to mark the end of a phase of history, to remember what we have won and lost, put names to those echoes over FTL, and to celebrate the pilots who flew in this war. The fight has been long and hard, and we do not know what future brings, but this one time, let us come together and enjoy each other’s company.

What: Reception, words by EDI Sr FC(s), refreshments, quizzes with prizes, mingling
Where: Yulai IX - CONCORD Bureau - Lux Caeruleis Event Hall
When: Saturday YC122-10-10 at 19:00 (doors open at 19, program starts at 19:30)
Who: All independent capsuleers held in good regard by EDENCOM, and allies
Dress code: EDENCOM and local uniforms, or other formalwear appropriate to each participant’s customs. Ceremonial weapons only.
Further info: Event will be postponed if unforeseeable events lead to escalation of the conflict. 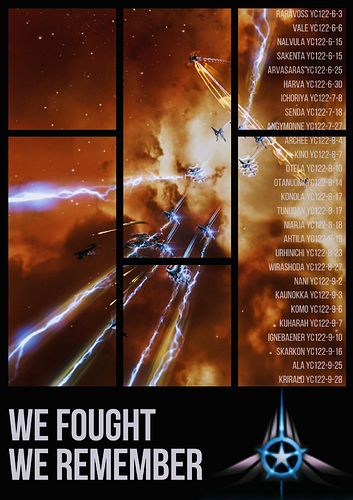 I will attend, as will likely other ARC members.

I must regretfully state that I will most likely be unable to make it on the tenth. If I do make it, I will arrive too late for it to be called fashionable. That said, I encourage everyone who resisted the Triglavian invaders to attend. Some of us have been fighting since Aldik, and all of you deserve one evening of rest and relaxation.

Personally, I find it unfortunate Jesoph won’t be able to attend. My own attendance is unknown at this time, but I invite everyone to an afterparty at Thera XII Observatory station, to commence after the events in Yulai to avoid a conflict in schedule. In contrast with the Yulai reception, the Thera dress code is “Yes.”

I will be needed elsewhere unfortunately. Taking part in combat operations against Trigs nearly each day, nothing looks like those will stop soon. Intensity may be lower, but there are still Trigs out there.

I would be honored to attend!

This is today. I hope at the eve of a potentially even more dire situation at least some of you can take the time to come and recognize the efforts of each other.

“EDENCOM’s provost marshal Kasiha Valkanir has emphasized that the threat from Triglavian forces remains high. Marshal Valkanir has commended capsuleers loyal to EDENCOM for their efforts across almost 200 starsystems invaded by triglavians. Orders have been issued to monitor triglavian operations in occupied systems, disrupting them wherever possible. Even so, the main effort for EDENCOM and empire regulars at this time is focused on evacuating of civilians out of occupied systems. This monumental task has been carried out with significant success in low population systems and particularly in those where Triglavian world arks have been repelled.”
(The SCOPE)

Doors to the Lux Caeruleis Event Hall will open at 19:00. Security checks will be in effect. Ceremonial weapons only. (( Channel by the same name. ))

There will be three quizzes running during the event, played on the Galnet, accessible by holotables in the venue and/or your capsuleer implants. You can participate in any, none, or all of them, as you choose. You can register for them at any time after you see this. They will go live sometime between 19 and 19:30 and close at 20:30.

You can register to the quizzes at any point after you read this, but only start answering once they are activated. One attempt by person only, no cheating! Use your exact license name if you want to be eligible for prizes. Anyone can compete, but two best-scoring individuals recognized as EDI or allies or other guests at the venue will receive prizes of SoE and EDENCOM ships and SKINs.

A visual feed for the quizzes for spectators can be found on the EDI Discord here: https://discord.gg/NWUeR4 . Voice feed to the party is disabled.

First quiz is called “Victories and Losses” and it concerns the systems we fought in. You will be shown 20 sets of three systems. One of each is a liminality; the two others are Edencom fortresses. Your job is to pick the liminal system. You get points for correct answers and speed. For this quiz, join at https://quizizz.com/join?gc=704710 .

Second quiz is called “Tools of the Trade”. You will be shown 15 marketing descriptions of ships used in this campaign, and your task is to fill in the name of the ship. Again, both correct answers and speed matters. To join this one, go to https://quizizz.com/join?gc=069636 .

Third one is called “Notable personae” and in this one you are presented 10 multiple questions about some notable people related to the invasions. The quiz can be found at https://quizizz.com/join?gc=719771 and as usual, both speed and correct answer matter.

Scoreboards will be published here at about 21.

Tools of the trade: 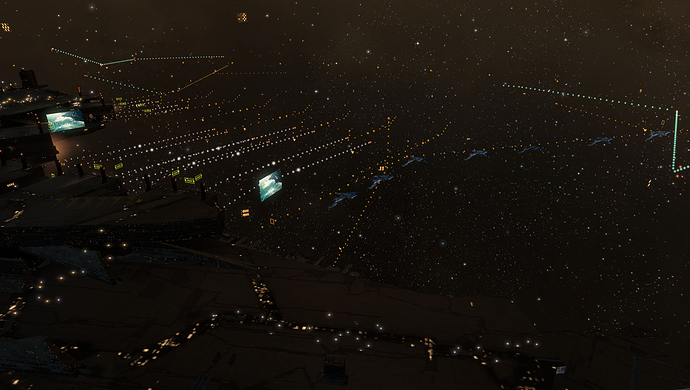 Heyyy! I got third place in something. Almost a winner!

FINAL results of the quizzes are posted above. Thanks for all who participated! FCs had a clear edge in the system outcome one, and maybe as expected history and politics wasn’t the subject most combat pilots have been paying too much attention lately.

In addition to the contest, fireworks were shot at the station, speeches made, and we saw a Thunderchild fleet flyby.

Thanks to all who showed up!

All invaders must die. 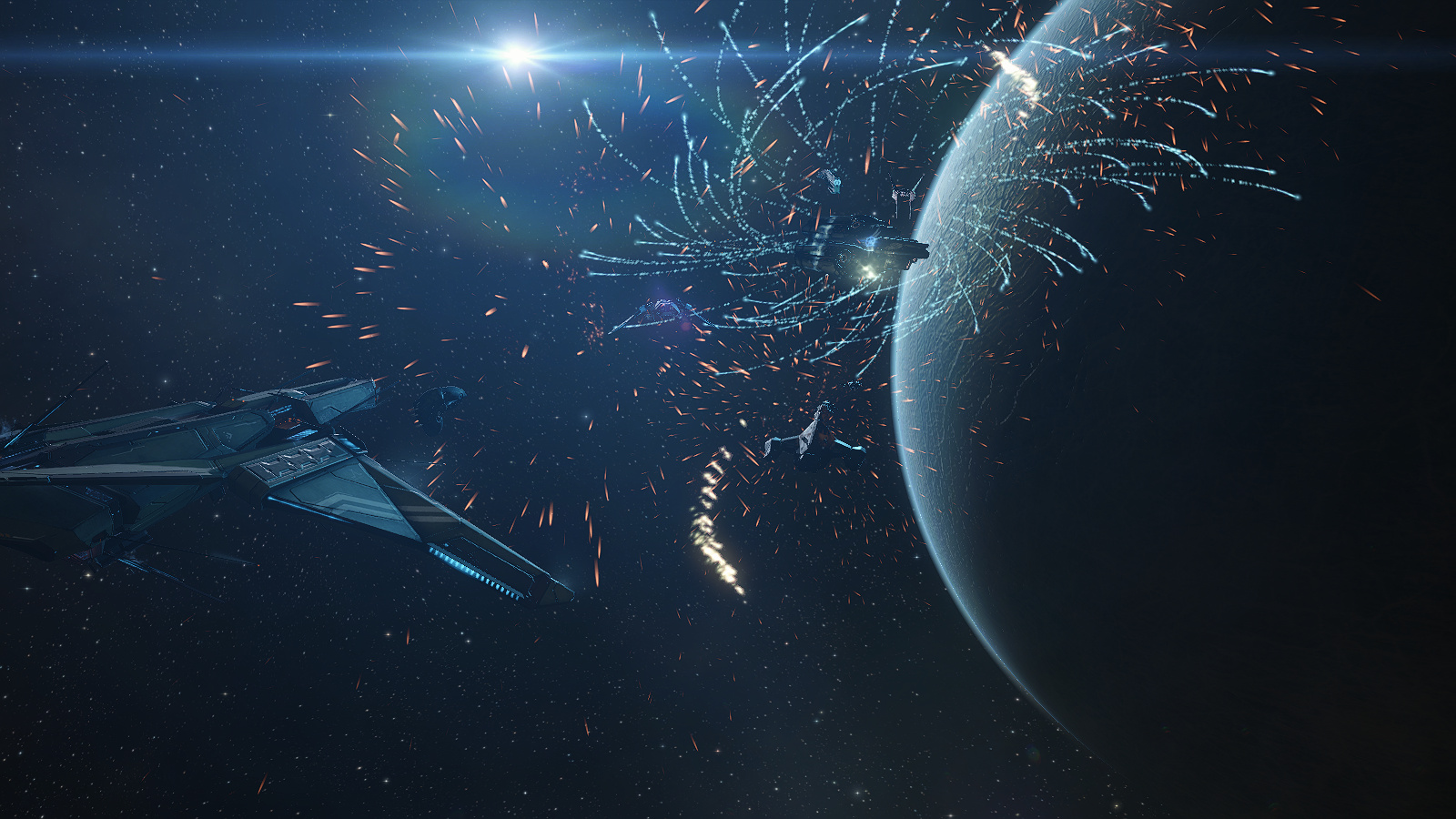 So I took a whole bunch of pictures of this event
We also have some very rare and special ships on camera.
Such as the Skybreaker, Thunderchild, Marshal, and to top it all off ISD decided to join the party and show off his Polaris Frigate!

Hope I did a good job, with these (might even edit them if I feel like it).
Have Fun! 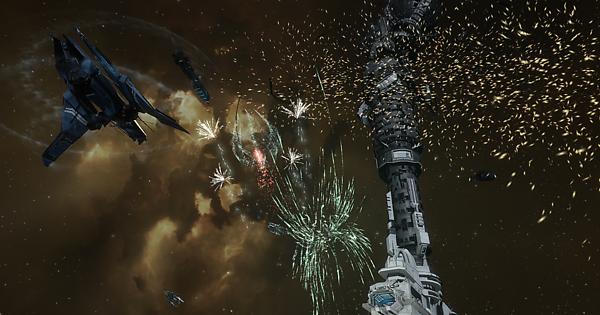 I believe fireworks and feasts are still going on and we have the use of the hall as long as people like - presumably with some limit. Me, I’m going to sleep.