Ahoy! I base in Null (Great Wildlands) and I love exploring and running combat sites. Since the update Ive noticed a drastic drop in the amount of combat sites I come across in my scanning routes. Where i used to find multiple 8/10 sites nightly, I now find them every other day or so. And whereas I used to find a 10/10 site @every other day, now I find them maybe once a week. I’m headed to Curse region today to see if I have similar findings, but I’m already fairly convinced something is wrong with spawning in the Great Wildlands, at least.

Haven Combat Anomalies also appear to be less frequent (maybe the sanctums are too, but I don’t pay attention to them as much).

Has anyone else noticed this? I might need to start a thread in a more appropriate category but i figured id start here.

I’m not sure if the nearby alliances have or not, but i roam through owned territory and I’m noticing fewer combat sites there too.

So I spent yesterday in Curse region and after exploring @25-30 systems, I found plenty of Relic/Data sites (over 200mil isk of loot worth) and I found 15 combat sites.

To give an idea of what my income was like before the update compared to after:

Since update my 30 day bounties total is at 3.8 bil and dropping every day. I have started running lvl 1 and 2 sites but it is not worth my time.

Conclusion: I am convinced that something is preventing Combat sites from spawning at rates we experienced prior to the Uprising update.

Conclusion: I am convinced that something is preventing Combat sites from spawning at rates we experienced prior to the Uprising update.

Yes, that something is CCP.

I can’t speak to prior rates since I only started playing again recently but there is a noticeable lack of high tier combat signatures in my region. I scan 20+ systems per day and only find 10/10s once every few days, if that.

im convinced that CCP wants to put all the curious/tourists in low sec
i guess , well lets get this people to LS to do the first fleet and some introduction to PVP + mine , explore , farm etc
less focus on null
i think its a BAAAAD idea 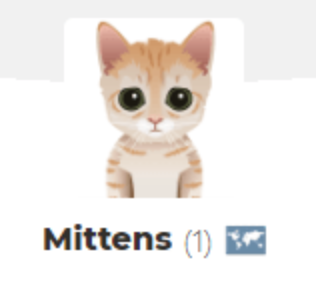