I was ratting in Blood haven normally but after DT, it turned that is bugged? Warping there only was 2 NPC turret, killed them, nothing happen for rat spawn or site respawn
Got 4 sites with nothing just than 2 Npc turret and Sharded rock
. 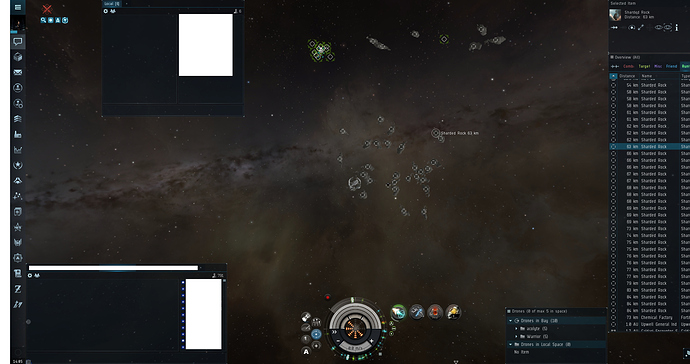 I am seeing the same problem. Now all the blood haven’s in the system are stuck on this type of site. Other corp members have also commented on the issue.

I don’t know what they changed or if it’s bugged, but I’ve been mining the same belt for hours and haven’t seen a single Trig or even a normal belt rat.

It appears to be combat sites that have the cosmetic rocks in them as shown in the picture. There’s a few Havens I did about 10 hours ago. Site was cleared, and still in system not despawned yet.

In terms of the current bug, it looks to me as if a trainee simply switched off the trigger when the site was completed, so that no ore came and did not even think that the site would remain. So not even tested a single site

Do the dev’s or someone ever give a confirmation that they have been aware of the issue?

No. It’s been over 48 hours since my ticket and still no response. The same sites still exist after 24 hours

Yup. Just got it in now

It is not fixed

So I had done 25 Havens (gas /rock) yesterday and none was bugged.