A good amount of patches. Keep it going and don’t forget to fix C4 sites along the way!

so now gate campers have nothing to worry about from the big mean pirates that warp in and disrupt their fun times. win i guess?

Are you complaining about them removing gate rats?

How is that even possible?

Let me open this by saying: the rocks in the desolate field look spectacular!

That said: they’re a bit buggy at the moment. Things we’ve found so far:

Not sure how long the rats take to spawn, either. We haven’t seen them yet.

After this patch it just asks the player how many skill points he wishes to add to the skill, and says nothing more.

Why was this changed?

so now gate campers have nothing to worry about from the big mean pirates that warp in and disrupt their fun times. win i guess?

It was never meant to be on the gates. It was a bug that got introduced when CCP removed belts in null sec without considering what happens now with the rats that use to spawn at the belts. You have a lot of opinions but it seems to be based on uninformed ideas. These rats caused issues for small gangs roaming or defending.

I also find it ironic that it is indicated as a player idea to fix and not something that was caused by CCP indirectly because of a change.

- Indicates a change inspired by player’s feedback or suggestions.

Photon UI. From this patch:

1 - can login - but game is “frozen” on most chars an all accounts. You only can clos the exe-file !

3 - If you correct the “window” - i.e. wallet, from bills to transactions, and refresh it, you are again in the bills !!

Why are only Marauders nerfed? why just PVE?
Tornado and thrashers when CCP ?> When?

There is another thread for this. Use it

Can’t trade more than one item between characters.

When I try to trade multiple items only one is shown in the trade window, and when you press Accept the character that receives the trade get an error message “trade failed because items have changed”

No matter how many times you press Accept the trade windows never synchronize and you can’t trade. I tried on multiple accounts and multiple stations, relogged, etc nothing work. Trading only one item works fine.

Workaround: contracts still work, so if there are less than a thousand items to trade you can use that.

Why are only Marauders nerfed? why just PVE?

Fixed, not nerfed. “Only PvE” - because in PvP context (player’s scram) it was working just fine.

So… no asteroid belts in systems less than .8 truesec, no npc rats on gates, only one spawn point in a null system for npc rats to spawn, npc rats do not spawn in the static Medium ark belt…

Someone more learned than I please explain how systems with Zero Mil ADM can be raised without npc rats spawning?
I look forward to hearing what I am missing.

Why are only Marauders nerfed? why just PVE?
Tornado and thrashers when CCP ?> When? 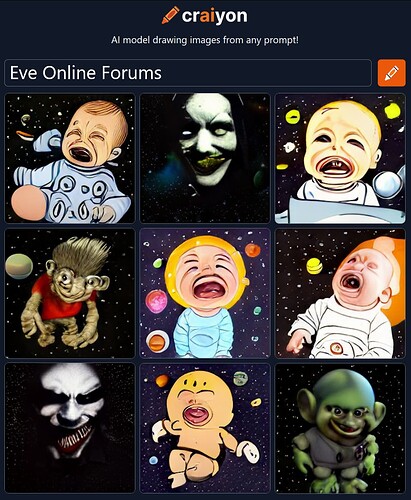 These rats caused issues for small gangs roaming or defending.

and for small gangs who wanted to sit and gate camp systems 24/7… that is true.
They were also very helpful when trying to raise the MIL ADM from zero to level one so that static sites would spawn…

Well one person bug is another persons feature

LOL, ok, I can’t argue that logic… you are right!