Looks good but its totaly new for me… o.O

Hmm, I’ve seen that structure before, but it has been many a year or in a different area of space than my normal haunts. A Little help to refresh my old man’s memory, please… 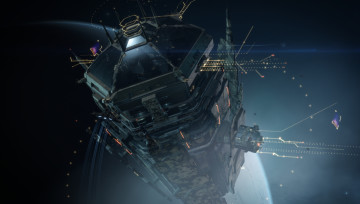 Increased conflict over dwindling resources across New Eden has caused the Guristas and Blood Raiders to expand their influence and industrial capability, staging daring raids into high-security space...


Some new feature from winter expansion. There is Blood Raider FOB in db also, but it doesnt open yet.
1 Like
Mina_Sebiestar (Mina Sebiestar) September 3, 2017, 5:56pm #5

looks like caldari station you can run into in high sec.

2nd one too and serves as undock station for dagan at the and of sister alitura chain of missions.

So it looks like they can be soloed in a NVI. Check the killboards for the last 3 FOBs killed. I tried it on the test server. Yea not even hard. Only a few omens spawn and they just don’t seem to apply damage if you are orbiting a long way out moving just fast enough. Does take a while.