So as far as i understand:

So, if T1 frigates are “at the bottom of the food chain” what is their purpose in PVP?

Tackle mostly, holding down those larger targets for the rest of the fleet to kill. They can also serve in point defense (destroying drones). A good frigate pilot can fly ‘under the guns’ of larger ships (cruisers up), the larger the gun, the easier it is to not get hit, or in case of missiles, their speed and size can minimize the damage taken.

Not sure where you heard that from, but they are wrong.

Granted the link below is a Nergal which is an assault frigate. but still don’t compartmentalize ships, they can be used however you feel like they need to be used, if you know how to handle them.

Not sure where you heard that from, but they are wrong

It just seemed like a natural assumption to make. Bigger ships blow up smaller ships.

Only if they can hit though. In the real world, think of it like a Naval Battleship’s main turrets. Can you expect them to be able to shoot a plane? Sure, only IF you hit, you’ll obliterate the plane, however unless they are flying in a straight vector, the chances of actually hitting one is slim to none. You can reliably hit one class smaller, but anything smaller and it can be a gamble. In this game, a swarm of smaller ships tend to preform better than a solo big ship. If you do fly a bigger ship, best have friends or good knowledge of what you are encountering. 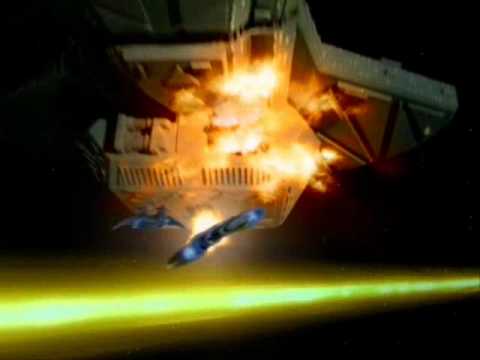 It just seemed like a natural assumption to make. Bigger ships blow up smaller ships.

However, bigger also means the ship is usually more expensive, has slower warp speed, less agility, slower turret tracking and slower targeting speed. In other words, you’re easier to catch and you have a hard time fighting and killing small targets.

Frigates can simply run away from big ships, or fly fast enough to get ‘under the guns’ of the bigger ship by orbiting it faster than the big but slow turrets can track.

As result, each of the ship sizes has their own role in a battle. Bigger ships may bring more firepower, but smaller ships are a lot faster in case you need speed to catch someone or to stay alive.