Why is FW so dead all I find are caldari bot farmers and no pvpers.

Because CCP developed the entire system in like sixteen and a half minutes, and then never iterated on it.

@tutucox_Khamsi told me it was still alive. He even said it was the best thing in Eve.

Which faction is he in maybes its only the gallente / cal side.

when was it alive? It’s always just been side content for large null blocs to farm some higher-end ships/mods and then cancel after 2 weeks…

Dead, yes maybe but I’ve had to take some pretty unfair fights just to get some action in. I won a 3v1 the other day which made me feel pretty good. I got like 12,000 LP for killing Amarrians too. I have no business being in anything bigger than a destroyer but having a Hurricane by itself in the open with no friends around sure brought everyone out to play!

Thinking pretty serious about closing my solo corporation and joining something that’s bigger than me and been around a long time. Had fun jumping on comms the other day and helping attack a system.

Glad to hear the mini/amarr side is at least more lively, do enjoy low sec as a whole.

Believe me, I understand the frustration in finding some content, maybe you’re like me; a solo player, looking for that 1v1 and the only stuff out there is gangs, guys with OP ships, fleeing farmers and the like.

In before all the empty Eve platitudes about solo gameplay and fair fights.

lol no I try slide 1v2 and the 2 still bail I feel like they don’t want pvp only to make money.

lol no I try slide 1v2 and the 2 still bail I feel like they don’t want pvp only to make money.

This about sums it up.

You can’t reward PvE with money out of thin air (can be exploited), and the presence of PvE makes this whole thing a farming grind.

Just get rid of it all, it’s useless.

The us vs. them part of militia is pretty cool though. Kind of need a reason to undock and loiter around. I think they need more kinds of sites and things to do in just Frigates.

Mind sharing a fit or two for the Federation Navy Comet? Been thinking about trying some out.

Highly optimised for current meta. Rails over blasters due to the issue of web n+1 (Vigil fleet issue, firetails etc) scram kiting meta. Don’t engage pirate frigs, engage everything else. Implants are there for brevity, you can use 2% instead of 3% to make the implants very very cheap and drop the Asklepsians too, they’re not too useful. Be the first one in a plex at 20km range. Manual pilot, since the tracking is bad due to how fast frigs are.

edit:
u know what
f it

edit:
u know what
f it

no
im mad , people are spreading lies
edit:
im in fw ATM , with 2 mimies on my back, none in a comet meta killer , but i must be hallucinating

no
im mad , people are spreading lies
edit:
im in fw ATM , with 2 mimies on my back, none in a comet meta killer , but i must be hallucinating

I can’t even really tell what you’re attempting to convey sorry. If you’re saying that the comet isn’t meta because two people didn’t fly it when they killed you, just look up the raw zkill data that’s meta-analysed here. https://drive.google.com/file/d/1JSbe8dyQx2-EVXUrR2g5t3nRNrUdRHQy/view. Comet has the highest winrate of any frig that can enter a novice plex. If you run a blaster fit, the VFI, Firetaile and other control ships listed in that above list will dump you.

im just saying that you are full of ■■■■ don’t have any personal experience and go spreading lies
i say ANY t1 frigate , ANY pirate frigate , ANY navy frigate, ANY t1 destroyer is in fw meta and i see them all day every day
i do this for my omega time for years
i dont care wat you and other bozos think but topics like that can make new players go mine or do other stupid things wen FW is the most democratic pvp in eve
anyone can join , “good pay” and its fun

…
do you mean that all this money i lost was for nothing?

do you mean i have all this ships to be some kind of Don Quixote fighting wind mills? 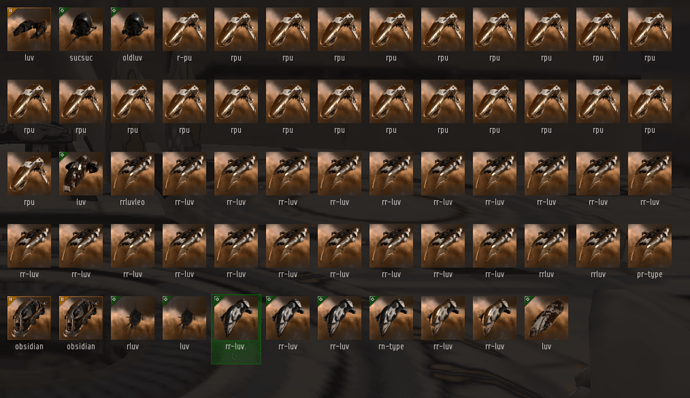 do you mean im plexed till next year doing a dead activity?

tutu, your experience is important, but it doesn’t represent the entirety of the FW meta game, especially considering there are two different theaters of war.

do you mean im plexed till next year doing a dead activity?

And this is one of the issues we’re talking about here. You were able to do this by virtue of grinding a PvE element in an ostensibly PvP-centric feature, and not through PvP alone, which according to zKill, you’re barely breaking even on.

FW has major flaws that need to be addressed, and you liking it doesn’t change that.