it is the funniest thing i have seen in a while. we send a small mining ship, with nothing but some t1 sentry drones, to ice belt or other places. usually some poor player shows up with a gank on their mind. i launch some drones, and as soon as they lock me down, i call…The Fleet. they warp in from outta no where, and the hunter now becomes the hunted. they usually try to finish me off, but nope! BOOM goes the dynamite! PODDED!

Those 10000 IQ plays man. I tell you what the miners/indy guys I know are perfectly cool with reverse ganking if it means clearing OUR moon belt or doing it for fun. Done on alts of course. Good laugh out of it when the miners’ strike back.

Interesting, how many hours does this fleet stand by idle before someone attempts a gank btw. 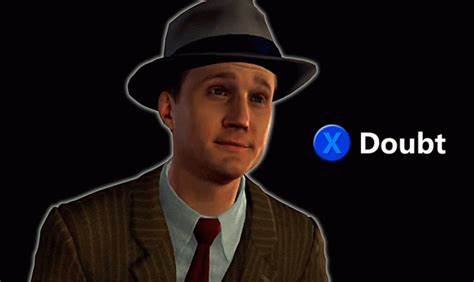 Evidence suggests this is naught but a fantasy.

The principle of baiting has obviously existed since the dawn of time, there’s far more nuance to this than presented in the original post.

A gankers weakness is math and the unexpected, use it against them they will not waste more than is needed. That and they are used to people not fighting back so bring the fight to them.

Baiting hostile players sure can be fun! Keeps them sharp too.

You should come to lowsec more Gerard, the small-scale hotdrop game is far more fun here.

Just yesterday made my first FW alt, so I’ll probably spend some more time in low sec learning how to do that!

FW is all very well and good but lowsec is certainly the best place to practice the enjoyable hobby of dropping black ops battleships on anything that moves. Or indeed baiting with them.

I’ve had a Panther and Sin for ages now, but never used them for anything but bridging yet. I really should step over that risk-aversion and start dropping them in combat.

It’s all in assessing the situation and making the right decisions in the critical moments. I’ve done maybe 100 combat drops without fax support, been counter-dropped about a dozen times and got successfully killed by bait once (by brave incidentally).

It’s really not all that much risk compared to the reward when done right.

This leads me to think that its in low or nul sec. If that’s the case, its not a gank attempt, its just PvP.

Your fleet does not warp in out of nowhere. The stupid ganker should either see them in local, local exploding or see the cyno.

The bait ship is also pretty dumb if didn’t use a scram, web and fit buffer tank.

@Maxwell_Immelmann I just want you to know that I reported you in a support ticket for griefing a poor rookie player who’s just trying to PvP and learn the game.

Furthermore, one is impressed by a small mining ship - one can only assume a Venture - with its capacity of two light drones, managing to field “T1 sentry drones”… in an ice belt… An Endurance cannot field them either, and a Prospect cannot field any drones, full stop.

I wish I was as talented as @Maxwell_Immelmann

The stupid ganker should either see them in local, local exploding or see the cyno.

I mean common thieves are not known for being very aware of danger themselves, reminds me of something:

To bring back some positivity into the thread, there’s a huge amount of fun to be had baiting gatecampers and the like, even on a monday night 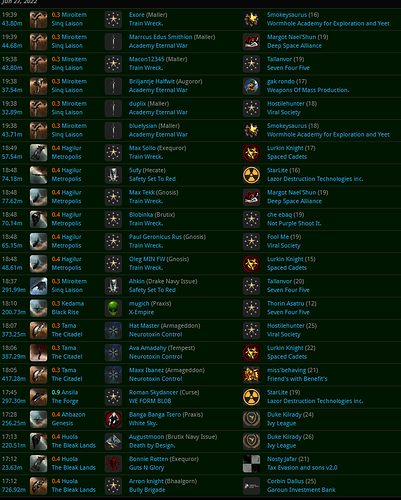 We baited safety for an hour with a mining fleet , we announced it on all channels that she had spy’s in .
In the end she did do an 1/2 hearted gank.

I was mad with her for making me mine for an hour and we are crap at mining , I can see the coms now " let the pleb force mine for a bit before we kill them " btw they failed only loss was an e-war burst hit one of these NPC miners and his defence fleet killed one of us that set the blast off in a frig

Sincere question: have you tried putting half a bil of PLEX in a T1 hauler? Probably works way better as bait and you don’t have to wait an hour while mining.

Im thinking back to some nullsec shenanigans where people slowboat gating orcas and rorquals as bait into known BLOPS droppers to get kills on the BLOPS battleships and shinies like the Marshal. Nothing risked nothing gained.