Ganking while docking in HS

Hey guys - I need some clarification: I just got ganked while docking in Amarr in my cloaked Viator. When jumping from the gate, I clicked ‘dock’ and then activated my Covert Ops cloak. I landed at Amarr cloaked, heard the prompt for ‘requesting docking’ and I began to de-cloak. At that moment I was insta-targeted and destroyed as the ‘docking request accepted’ prompt sounded. I was under the impression that you couldn’t be targeted once you’ve requested to dock - obviously I’m wrong. It looks like I’m still vulnerable from the time I request docking from the time it’s accepted? If so, what determines the docking time at stations? …and what can I do to protect myself from this in the future? I’ve read about using a bookmark located ‘inside’ the station structure - but wouldn’t I still have the same issue I just experienced? Thanks for your feedback!

I believe you can’t be attacked while docking in progress (ie. docking request accepted).

Also, I dont see how you were able to warp with a prototype cloak. Only a Covert Ops cloak lets you warp while being cloaked.

When you warp to 0 on a station, that will attempt to warp to the edge of the docking ring, but often you’ll land with a short distance to go before you can actually dock.

In that case, you request to dock and you’ll decloak because you are within 2.5km of the station, but not exactly at 0. Then your ship moves into range.

That’s the period where you are vulnerable and there are gankers that specifically target blockade runners, because they often carry good cargo, but can’t be cargo scanned.

The safest thing to do is:

You’ll always be guaranteed to land at 0 when you use an insta-dock bookmark.

Also, it’s the one time where autopilot is useful if you have the station set as the destination. Warp to your bookmark and then activate autopilot. When you come out of warp, your ship will insta-dock.

FWIW I too have been attacked docking up to Jita.

Oops - yes, it was a Covert Ops

Thanks. But when warping from the gate, I didn’t click “Warp to 0” on the station, I clicked “dock”. I assume that makes a difference? I’ve never hit ‘dock’ and been left outside of zero distance, and I don’t believe that happened this time either.

Dock first warps to 0. So the same thing happens.

It’s always best on the trade hubs, to create an insta-dock bookmark and use that.

On other stations, “dock” is fine, because there is a much lower chance of an active ganker on station. But for the trade hubs, an ative ganker is always possible and an insta-dock bookmark helps avoid them.

On similar topic, can you be attacked while just tethered to a station?

Thanks. So it sounds like the bookmark just helps to ensure I’m actually at zero and not a bit off.
Any idea what determines docking time? it’s usually 1-2 seconds before it’s accepted, but this time it was about 5-6. Thx

Any idea what determines docking time?

It is determined by how far from the station you land after warping, which cold be more than 1500m away and is random, your ship acceleration (inertia) and your top speed.

If you have an instadock bookmark and press “d” on your keyboard while in warp, you will instantly dock after landing.

Any idea what determines docking time? it’s usually 1-2 seconds before it’s accepted, but this time it was about 5-6. Thx

Your ships speed and exactly where you landed mainly.

The reason the warps are always slightly different is that if they were all the same, then particularly on trade hubs, ships would all land at exactly the same spot and try to occupy it all together. That would cause a lot of bumping and potentially casue some ships to be ejected (eg. if you’ve ever warped to an asteroid and landed right on it, you might have experienced your ship being flung away).

So when you land slightly outside the docking radius, your ships sub-warp movement speed will determine how long it takes for you to slowboat to dock.

When you warp to 0 to a point in space you land somewhere in 2500m of that point. This means if you warp to 0 at a station or press ‘dock’ (does the same thing) you may land outside the docking radius. I find this happens especially often when you’re flying a CovOps ship, which is nice as you don’t immediately get decloaked, but is less nice when you’re trying to safely dock.

Lag and lag spikes can also happen especially in such a busy system as Jita especially when dealing with the 4-4 grid.

On similar topic, can you be attacked while just tethered to a station?

The safest thing to do is:

You’ll always be guaranteed to land at 0 when you use an insta-dock bookmark.

Almost. There are “kickout stations” which are station models that place their undock exits right at the border of the stations’ docking radius. If your 0m bookmark is under 2500m of the edge of the docking radius for that station model, then your bookmark will still fail at times.

Plus, you probably don’t want to warp into undock traffic.

This is a well-studied problem for the specific problem of cynoing jump freighters to a lowsec NPC station. You do not want your ship’s model colliding with the station model – this leads to a “bump” and ejects the ship at high velocity away from the station – nor do you want your ship to cyno into a station and be >0m away. In both cases, risk of ganking is increased. Searching for “cyno station bookmark guide” or similar will give a great deal of technical information and various PDFs.

Amarr trade hub is not a kickout station.

But yes, in a general sense, rather than the specific answer for the OP, 100% that’s good advice.

when i goto jita i always have a bm well inside the dock ring, which i warp to from the gate, and then i just hit autopilot (having flown manually all the way there to jita destination) and it’ll dock me pretty much instantly once i arrive.

i like to pick a spot well away from the undock point, just to be sure. i like the opposite side where that monument is among what looks like storage bins…about 5km away from any station infrastructure is where i set the bm.

btw, protip: recently they coded in “system locations” hotkey as ‘L’ which opens up a special bookmarks folder for insystem locations. it’s handy, especially when you undock and warp to an instaundock bm…you can hover you cursor over that bm folder as you’re undocking.

My old Jita insta wound up inside the new model, so that wound up being a bonus.

What I do is create a bookmark as I exit the station which I warp to when I want to dock, not the station at 0. While in warp to my bookmark, I activate autopilot to insta dock when I land.

I also create a bookmark along the path out of the station to insta warp to when I leave. Cloak on the way so that no pirate hunting cloaky smartass knows where to wait. 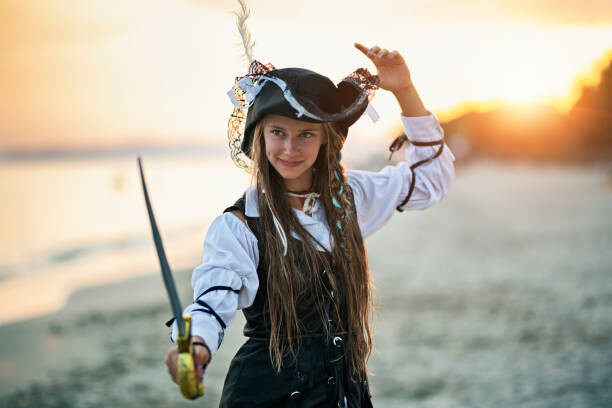