I’m wondering if there are online resources to help me learn the art of Ganking.
I have watched a few videos but they aren’t very helpful. Is there a website, a wiki or something to turn to, to start understanding the different aspects of Ganking?
And if there isn’t, why not?

This is a good start, though I’m not sure how out of date it is: MinerBumping.com: Gank

The basic strategy is to fit a Catalyst for max DPS, with a MWD and scram, and then land as close as possible to your target in order to delete their illegal mining ship before CONCORD arrives and shuts down the party. I usually send an alt in a Venture to sit next to them so I can land right on top of them with the Catalyst. In lieu of an alt, visiting the belt in your capsule and bookmarking the rock they’re on works too.

I would recommend starting in a 0.5 system to take advantage of the 19 second CONCORD response time. CONCORD - EVE University Wiki

T1 Catalyst vs. Ventures are a good start, although to be more ISK-efficient an Atron can be just as effective.

T2 Catalyst can take out Covetors solo, and Retrievers as well depending on their fit and your skills.

Why Was I Ganked? channel in game can offer additional assistance.

Thank you so much for the help.

Warp scrambler - don’t want them getting away

What? I arrived too soon for the complains about ganking being “out of hand”?

Good luck with your endeavors @Raptor_Kane

What? I arrived too soon for the complains about ganking being “out of hand”?

I think so. But at least you made it before the lock


Learn how to use Directional scanner (D-scan) to find people in a system, then warp in to pay them a visit.

Learn about security status, CONCORD, and how to use highsec mechanics to your advantage.

The above channel is a good place to ask stuff, or even shoot Space Princess Aiko Danuja a message (she is not bad, just misunderstood) and she’ll probably point you in the right direction.

The Coercer (Amarr destroyer) and the Thrasher (minmatar destroyer) can also be used in some circumstances. 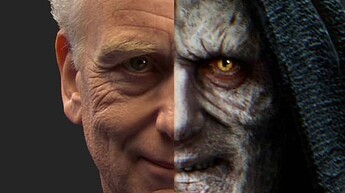 Thanks for the help, info and encouragement. I will contact Princess Aiko and chat with her.
Also, loads of thanks on the funding. I will use it intelligently and pay it forward to another newbro who has ganking aspirations as well.

Here is something I wrote on the old forums regarding ganking:

https://forums-archive.eveonline.com/default.aspx?g=posts&m=6544374#post6544374
Context: Someone in a mining ship had been ganked and was asking for help on how to avoid it happening again.

The general idea behind Suicide ganking is to blow up a target ship before the NPC police arrive.

The NPC police, called CONCORD, will respond to any “illegal” act of aggression in high-security space (1.0 to 0.5 space).
This response is purely punitive (the NPCs don’t care about you, only making the offender pay for their craven act) and will result in the destruction of the offender’s ship 100% of the time.
Avoiding this punishment or delaying in any way is seen as an exploit and will result in a ban from the GMs.

More than that… there is no amount of tank that can mitigate the damage coming from CONCORD. These NPCs basically use a “death ray” to wipe out percentages of the offender’s HP (alongside regular, “standard” damage).

Now… the response times for COCNORD are thus:

What the Suicide Gankers do is choose a ship with high damage potential and max out that stat. Destroyer class ships are generally preferred, though they can use bigger ships if they want to take out tankier, more high value targets.

Let us use a Catalyst as an example as it is the preferred ship for most ganks (and the gankiest destroyer in general).

With max skills applied and the weapons overloaded, this ship can pump out about 400 damage per second.
Using the above response times, that is…

So your ship has to effectively tank that much damage, in that amount of time, in order to survive.

Now please bear in mind… these numbers are all “upper limit” numbers. A ganker may do less damage if conditions are not optimal (which we will get into in a bit).

Now why do Suicide Gankers do this? Everyone has a reason, but they basically boil down to three things:

What can you do?
There are a few things you can do. None of them are silver bullets, but they will stack the odds more in your favor.

@ShahFluffers Thanks for the info! Very interesting stuff. Just reading your post gives me the antsy to go blow up someone’s ship. Can’t wait to go on the hunt!

Can’t wait to go on the hunt!

Kudos for wanting to give it a try! I do recommend that EVERYONE give some of the more “unsavory” sides of the game a try.
At best, you’ll turn a pretty penny and find a group of likeminded people that will lead to other parts of the game.
At worst, it will give people a more informed opinion and help them better protect themselves against others who enjoy that gameplay.

Now… I would be remiss if I didn’t also list some of the problems (both direct and indirect) involved in this style of gameplay.

Ganking generally requires at least 2 people to pull off

Next to the amount of time you spend looking and waiting for targets, the “indirect consequences” will be the things that cause the most headaches.
They make movement around target-rich environments slower and more complex, which means more planning, target selection, and manpower will be needed to remain successful.

It did! Thanks a lot.