Give the Corax a drone bay!

What’s this for then? 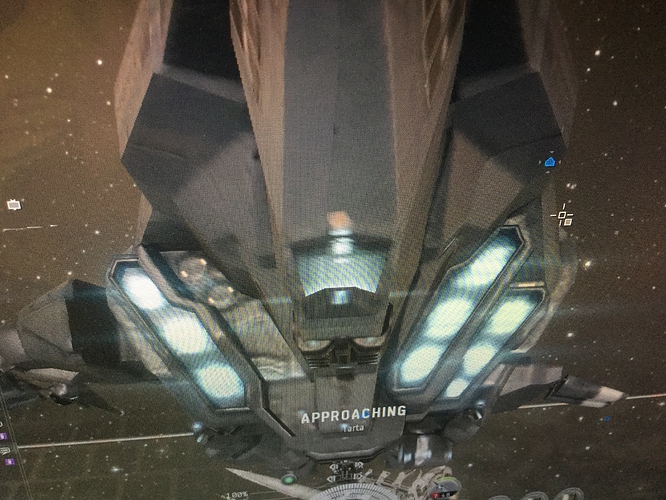 I KNOW! Lets just have the corax not freaking suck period. Cause right now its trash tier trash.

You think that just because it has a bay with a forcefield that it should have drones? There are several ships that have no such feature that have drones, such as mining barges.

Why not give all ships a drone bay! As someone who earns their living in Eve making drones, it would certainly be good for business.

But I don’t think it would be good for the game - we need variety and choice, not one size fits all. 3 T1 destroyers have drone bays - Algos, Dragoon and Sunesis. That’s enough.

It’s an observation deck for the crew, duh!

And what you see there are the energy exhausts needed for the PEGs that fill your hybrid capacitor.

Almost forgot, why does the Corax need a drone bay??

Out of curiosity, what do you think the Corax needs most to rise up from “trash tier”? I assume you’re basing your assessment of its performance on solo capability (the ship’s description strongly implies it’s meant for alpha strikes in a fleet setting), but please correct me if I’m wrong.

Does it need better fitting room? More defense? Smaller sig? What does it really need to be more than a FW ‘plex brawler?

Glad you asked. I specilized this character in missiles, from rockets to cruise. As far as ive known it was the take at which was for fleet fights. And in my experiance when you try to fit this thing with light missiles (alpha if I’m correct) and then try to give it any kind of defense it always runs out of cpu every single time. In my experience doing PvP most players wont or don’t want to run implants as it adds to the overall cost of the ship. Honestly, maybe calling it “trash” is a bit much. But on and off different characters ive been playing since 2011 and since this thing has been out I have never ever seen this thing work. I wrecked then when i could catch them and when I was in gangs my bros and I flew the talwar. In fact when i went into faction warfare I was more likely to see a dragoon pre balance than i was to see a corax.

No it’s definitely trash. Its sad bonuses (range, kinetic lock and a bizarre Small Missile application bonus) and garbage fitting (Caldari are supposed to have some of the most advanced vessels in the cluster…) make it either a ranged glass cannon in need of fleetmates to hold tackle or otherwise a flimsy single/dual-web rocket brawler sitting at 0 on an FW beacon. It’s sad that even after a recent tweak I can’t think of a reason other than aesthetic preference to fly a Corax over any other destroyer.

I’m just not sure how best to fix it, since it fails to compete with other options in basically any combat setting from solo to fleet.

What really gets me, aside from that kinetic lock, is that its description implies it should have a rate of fire bonus. I wonder if it had one at some point and, like the Moa, CCP neglected to update the description when it was changed.

Indeed. I forgot about the kinetic lock.

Give it an eighth launcher, 25cpu, and 8pg. The speed and agility buffs were necessary but insufficient.

I forgot about the kinetic lock.

Which is usually very bad news for a t2 minmatar boat…

People very often complain about the kinetic damage lock, but I honestly don’t think it is extremely bad, there are no factions in the game that don’t have some kind of damage preference, and with the Caldari being primarily missile users I feel it has some significant thematic and gameplay appropriateness to it. I feel if Caldari ships didn’t have damage locks on their missiles their missiles would have too much versatility in comparison to missile platforms of other races; compensating for that would mean making the bonuses of the ships less distinctive and ultimately trivialize the choice between missile ships.

More damage in the form of drones is about the only thing the corax doesnt need. It has plenty of damage but lacks fitting space and speed

I’ll agree with the chronic lack of fitting space for missiles being one of the major pain points of the Corax. If you buffer fit you get smacked over the head with requiring an auxiliary power core in the lows and one CPU rig. If you fit for a MASB you get clothes-lined into requiring two ancillary current router rigs and an upgraded co-processor low. At which point the MASB fit loses a damage rig and about 25 dps.

Its ridiculous how tight the fitting space is because of the ship being nearly exclusively balanced for using rockets. You can basically read it as the rocket brawler requires 19 less PG and 43 less CPU for its high slots than a missile fit. At which point you can ditch half the fitting stopgaps and just fit for better tank and damage.