GM_Aisling reveals reimbursements are awarded on a whim

''How does ships reimbursment work?

I know the mechanic, have sent a couple of tickets myself over all this years, but there has been a lot of people claiming that they get their ships reimbursed for mostly anything… and obviously a lot of people complains about how this completely ruins the “harsh” nature of the game; I’ve even seen people claim in local that “I’ll just petition it and get it back” after you ganked them.

Has any of this got to you guys? Did you ever talked or took any measure about it?

Right, so ship reimbursement can be a pretty tough procedure. We do stick by our rules and policies, when reimburse certain ships. I would also like to mention that we are not allowed to handle reimbursement requests - or any other tickets really - for players in an alliance or corporation our player characters are in any way affiliated with. So there is absolutely no favoritism involved.

We can make exceptions from policies and we generally do want to be nice to our players. We all play EVE and we all know how devastating it can be to lose a valuable ship

So if there is a small chance of an exception - we certainly won’t miss it.’’

It is not to to late for EVE but CCP really, really needs to stop doing this in any future MMO game too. All in game reimbursements should be published to allow the in game community to critique and vet such. A 80% reimbursement rate is a total joke and it is clear by several game moderator comments that reimbursements are not handled with any structure and are simply awarded on a whim. Blatant potential bias is clear.

I dunno, it’s nice that they allow some human thought to come into the equation. Blanket policy is a good starting point…but shouldn’t be the end all be all.

80% reimbursement rate, the forest has already burnt down mate and you want to chop wood…

That fleet fight you spent 5 hours on, well 80% did not count.

That coordinated structure bash well that weekend 80% of it you have wasted.

That war dec that was weeks in the planning and execution well you know 20% of what you did might matter depending on the target CCP pet status.

Eve is not real, it is actually >80% scripted crap.

You can’t honestly believe that the rules can account for every possibility, can you? That there aren’t cases where “yea this fits the rule to deny but that’s not even remotely fair”?

Every rule has exceptions. And believe me, the world would be a worse place without those exceptions. 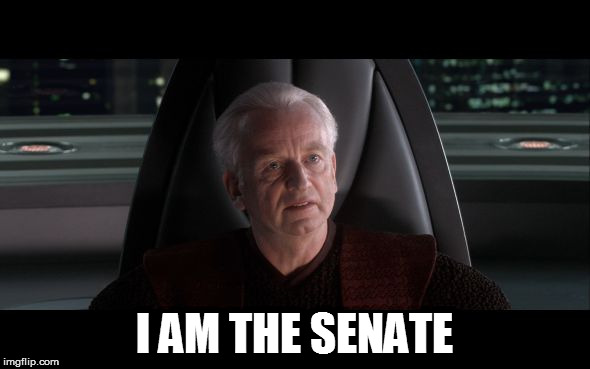 I think this is one of the dumbest statements i have ever read on official forums.

The only thing you´re doing here is embarrasing yourself and complaining for the sake of complaining.

Usually they act very mean and don’t reimburse me.))

Once upon a time I was killed on lowsec gate. It was not a dirty gate (I have overview set for them) but there was a slight TiDi and my cloak timer didn’t show correct value. Couldn’t warp cloaked and lost my Strato. For lulz I send a ticket to get it back. Few hours later it was reimbursed with anything that was fitted on it. Note was added that next time I want to reimburse, my case will be looked at (sic!). They didn’t even take a look at my case just gave me the hull I wanted.

Game masters in most games act as judge, jury and executioner. Hence they’re being called masters. No news here.

So if there is a small chance of an exception - we certainly won’t miss it.’’

LOL
GM Aisling.
Known as GM Exception from now on.

That is not what EVE was or should be, it’s disgusting.

In my 14 years of playing I asked for reimbursement exactly twice, both of which had to do way back when there was an issue with jumping out of a system where it simply wouldn’t do it because of an issue due to a patch. THAT is where you can state it not to be your fault but the game’s fault, so you file a petition. I’ve never petitioned a loss due to lag or DC, even though it happened many times.

I would also like to mention that we are not allowed to handle reimbursement requests - or any other tickets really - for players in an alliance or corporation our player characters are in any way affiliated with.

this also sounds like a possible way to circle in on the player characters of GMs.

Not really. Either an affected GM can´t even see or access the request at all or he can access it but another GM has to decide the case with the affected GM just executing the order of the other one.

Not really. Either an affected GM can´t even see or access the request at all or he can access it but another GM has to decide the case with the affected GM just executing the order of the other one.

Only one way to find out. Support tickets, excel sheet, some meta information from previous threads. Honestly a far shot, but EVE players are known to be scary good at such things

as anyone who has worked in customer service in any capacity will tell you. having discretion to do something does not mean “doing it on a whim”. and that the absolute worst thing that can happen, is having no discretionary latitude at all.

an 80% reimbursement rate sounds high, but that also doesn’t say anything about how many reimbursement requests are for legitimate issues vs how many are people trying to play the system.

I know from personal experience, i’ve filed I think 3 reimbursement requests over the years, and got 2 full and 1 partial reimbursement, if you take me as an isolated example, then OMG CCP REIMBURSES EVERYTHING!!! but thats not taking into account any of the circumstances. one was a crash when trying to warp out of a site, got killed by npcs. GM was nice and reimbursed. another was a known issue of getting stuck in a gate tunnel, appeared on the other side and got popped, but from my end I was still stuck inside the gate. reimbursed due to known issue. third one was again a DC while in a site, was warp scrammed by the npcs, and apparently another player managed to find me and finish me off before I could log back in. that one was a partial reimbursement for the ship and everything that got destroyed rather than dropped since the other player may have looted my wreck.

that third one is the perfect example of why GM discretion is important, because it falls in a grey area.

the majority of players are not going to petition for a legitimate loss, so its pretty safe to assume that most petitions that get received are going to be either for legitimate issues, or a bit of a grey zone. if we assume that only 60% are cut and dry reimbursement cases, 10% are people trying to play the system, and the rest fall somewhere in the grey area. then 2/3rds of those grey area cases can be ruled in favor of the player, still hit that 80% reimbursement rate, AND not have any of the gaming the system request honored.

now there are going to be some that slip through the cracks obviously, GM’s are only human after all. but i’d much rather them have some discretion in doing their job to account for the kind of complicated circumstances that can pop up in a game like this, than to have them handcuffed to a library’s worth of rules, regulations, exceptions etc.

the majority of players are not going to petition for a legitimate loss, so its pretty safe to assume that most petitions that get received are going to be either for legitimate issues, or a bit of a grey zone.

This. It’s really quite simple. Most players will just take the loss. Then there are those who might think to abuse the Ticket system with false claims, but they remember this could get them banned. The result is a high reimbursement rate.

Also, writing the ticket takes a bit of time and you need to follow up on it. Not really worth the effort in many cases.

It seems like a fair and reasonable statement from him to be honest.

They try to be fair when there is a reasonable explaination, and not to be hard nosed “the computer says no” bureaucrats.

I applaud the human touch. It is a much fairer and more reasonable way to operate, and don’t worry! EVE isn’t being killed by reasonable people.

No he didn’t! Behave!