“1”: Voice of the Void.
SOE detects strange signals coming from a wormhole in the “Amod” system. After the discovery, it was decided to send an Astero-class ship under the command of Ariena Darlim. As it turned out, the wormhole did not seem to lead exactly to Anoxis.

“2”: Great Gate.
After Astero entered the wormhole, the crew discovered that the signal was coming from an unknown structure. Nevertheless, Ariena Darlim ordered not to approach her, but to investigate the system as a whole, as well as, if possible, detect other structures, and also continue to report all information to the headquarters. As a result, it became known that the system which eventually received the code name "Ascension ".The system consisted of a class A star, 4 Earth-like (in terms of mass) planets of the inner ring and also their 2 gas giants of the outer ring. 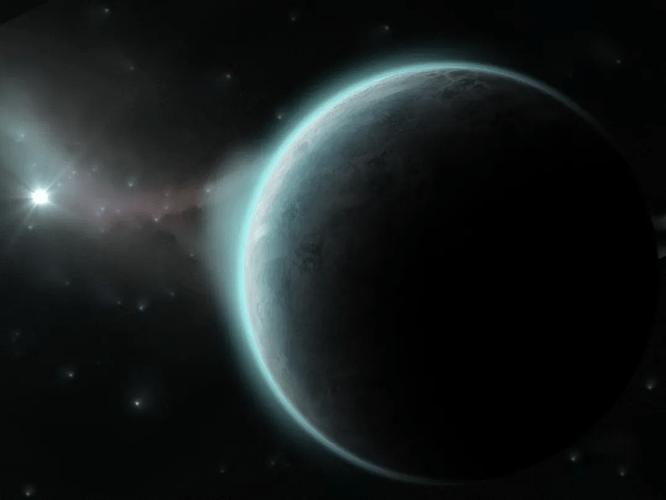 Other unknown structures have also been discovered in the system, as well as ships of unknown origin. However, it was decided not to approach these structures and ships even under the cloaking device. Nevertheless, Ariena Darlim ordered a flight to the very first structure discovered. After leaving warp mode, the ship’s crew saw a giant round gate that at the same time seemed quite fragile, it seems that the gate was active. The purpose of this structure remains unknown, and it does not look like the standard jump gates seen in New Eden. Astero was able to transmit data about this gigantic structure to headquarters, but apparently was quickly destroyed by unknown enemies, communication was lost with the crew. The wormhole that led into this system seemed to start emitting an unknown form of energy for about 20 minutes, but after that the wormhole quickly collapsed.

After 8 hours, another wormhole appeared but already in the “Efu” system. Stratios, armed with lasers, was sent into the wormhole however, the system was different from the one in which Astero was all structures remained in their original places, now the description of the system was as follows: 3 earth-like planets with 2 satellites on each of them, as well as a green stellar spectrum, which is very anomalous; nevertheless, the mass of the star seems to have remained the same. The ships that were previously encountered were not detected, however, some incomprehensible spatial anomalies created by unknown structures were discovered Stratios, was sent to the unknown gate that Astero had previously observed. The wreckage of Astero’s ship has been found, but no signs of organic matter have been found.The majestic gate was still in place and still appeared to be active, however the mysterious ships approached Strarios this time, the ship could respond with laser shots. 2 ships seemed to be an analogue of the frigates, crew in these ships, most likely there was not, which suggests that these mysterious fleets seem to be a security system that does not allow you to approach the gates and attacks everyone who dares to approach them. The ships were destroyed and Stratios was ordered to return to the dock the ship successfully flew out of the system through a wormhole before closing, the wormhole began to radiate mysterious energy again. Later, SOE, at the request of CONCORD, transferred all information about the Ascension system, as well as about the wormholes leading to it, CONCORD actively concealed the wormholes from capsuleers as this could lead to unpleasant consequences.

What do we know?

Automatic defense system “Zeus”
It is a protective system whose task is to protect the unknown gates from strangers their structures can be found throughout the system from shipyards to mysterious structures that can locally control space-time. Their ships rely heavily on armor and shields, their weapons use arcane energy or, judging by some of their memory banks, the so-called universal energy. Universal spears deal heavy damage, so against cruisers and battleships it is not recommended to go out alone.

Little is known about them, apparently they built those Giant Gates, however, we don’t even know if this empire was human or alien? It also looks like they discovered and began to use that universal energy. Also in the Ascension system, in addition to the giant gates, there are other structures that are no less high-tech.

Structures
Heavy Orbital Shipyard “Zeus” - Zeus’ large-scale industrial operations cannot be overlooked and it seems that Zeus is using all possible efforts to obtain as many resources as possible and produce as many ships as possible. These gigantic shipyards seem to be designed to rapidly build battleships and dreadnoughts. Observation of the shipyard showed that Zeus can copy ships, for example, in one of the shipyards, the production of a Nestor-class battleship was discovered.

Planetary Ice mining complex “Prometheus” - A giant structure that mines an entire icy planet, it seems that the volume of production is relatively small, but nevertheless, the fact that Zeus can mine entire planets is shocking and makes Zeus no less dangerous than Drifters and Triglav.