(Guristas Production Strong Box ) Is there any chance of the new BPCs dropping out of the faction specific strong boxes?

Hoping to get a dev response! thanks.

Which new BPCs do you have in mind?

If you happen to mean Upwell Structure faction mod BPCs, they drop from FOBs.

It would be a great opportunity for them to add in ways to collect blueprints, or even blueprint fragments, off the haulers.

And yes i was talking about the loggerhead/caiman/chemosh/dagon

Dreadnought BPCs drop from Dreadnoughts. Belt spawns in null as far as I know.

Haulers are far too easy to kill, to farm even, to put reward of this kind into the Boxes.

Dreadnought BPCs drop from Dreadnoughts. Belt spawns in null as far as I know.

Is that confirmed? And if they are so easy to farm, then why are they still over 350m per box?

Cause theoretically they can drop billions worth of stuff. A Rorquall skin alone I think is selling for over 2 bil.

And that is how you get new ship blueprints 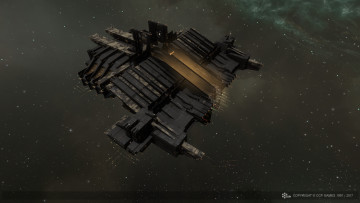 The pirate factions of New Eden continue their arms race for supremacy, as the Guristas Pirates are next to branch out into mass manufacture of capital class vessels. Refusing to sit idle and spectate...

The pirate factions of New Eden continue their arms race for supremacy, as the Guristas Pirates are next to branch out into mass manufacture of capital class vessels.

Refusing to sit idle and spectate as the Blood Raiders build a formidable fleet, the Guristas now have their own production facilities which contain highly valuable blueprints for their capital ship designs.

With the winter expansion, capsuleers can look forward to assaulting these shipyards in order to get their hands on very rare blueprints for highly capable and advanced capital class vessels. 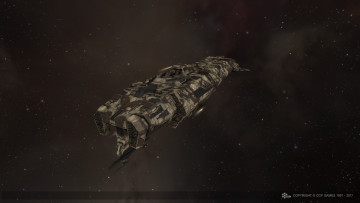 A vessel designed for one purpose – to savage anything hostile it encounters – the Caiman packs a vicious punch from its primary weapons systems while still being able to launch light fighters to provide... 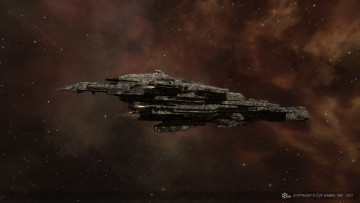 With the release of Guristas Shipyards, a true dragon is released. A vessel like no other, the Komodo benefits from a huge array of bonuses that allow it to affirm its position as one of the most formidable... 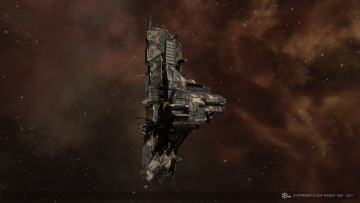 A true support behemoth, the Loggerhead has the staying power to dominate the battlefield, combined with remote repair abilities to ensure that those flying alongside it can remain in the fight for as...

My point is, the guristas shipyards are too difficult to just drop a dread or fax. Look at how the vanquisher and vehement are available via LP. Shouldn’t those options exist as well for this faction?

I still think that the dreads/faxes/titans would be better off having a small chance to drop from these strong boxes (or at least fragments of them).