My name is Mossaf Rumaita, and I am a non-capsuleer citizen of the Federation; I’m a practitioner of internal medicine in Duureanta. I am informed that I might not be a stranger to people who have been paying attention to various news services. I offer no comment pertaining to various unkind rumors, because I am here for something much more important.

My daughter Gia, and her mother Imidane Rache-Pulaj, have been missing since their shuttle was forcibly diverted on its route to Poitot from a station above Harroule VIII. I have received no communication from either of them, or from the criminals who attacked the shuttle. I can only guess at their motivations. I have no idea if the assault on their shuttle is related to my work or to me at all.

I do know that they are still missing, and that at least one capsuleer, based on local traffic records, must either be involved or a witness. If you were in or near the Harroule system on August 26th, or know someone who was, you may be able to help. Please reach out to me here, or contact me directly.

I’d like to offer a reward for information: I don’t have a pilot’s wealth but I can provide various medical services. If I can help you in this regard, please contact me directly.

(I don’t have a recent picture of Gia. This is Mrs. Rache-Pulaj.)

We at Icarus Conflict Solutions are declassifying the following information as we have determined it may be prudent to Doctor Rumaita and the general public.

Icarus Conflict Solutions was deployed to the system of MHC-R5 to investigate the disappearance of one Imidane Rache-Pulaj as well as the infant child Gia. Through our investigation we determined that the “shuttle” - a passenger flight entitled the Limnae, containing 3,849 passengers and associated crew - was inbound to the Intaki Syndicate Bureau over Poitot V - Moon 14. We discovered that the vessel was destroyed in its entirety and, sifting through the wreckage, found the internal datacore detailing audio, video, and transmission data prior to the ship’s destruction.

Compiling the found data, we discovered that three passengers were permitted to hijack the Limnae when the onboard marshals failed to act. The hijackers were able to bypass the security measures on the blast-door protecting the cockpit, gaining entry and taking the flight crew hostage. The ship was re-routed to a pre-determined location where it was met by a second ship that deployed an interdiction sphere, assuring the Limnae could not escape. The ship was then boarded by armed, masked soldiers from the second ship.

Imidane Rache-Pulaj and the child Gia were specifically targeted for abduction by this boarding party. During the ensuing search for the woman and child, passenger casualties occurred when a woman attempted to lead the passengers to the escape pods and was subsequently shot by the boarders. This served as a distraction that one of the flight crew was able to utilize to transmit the Limnae’s final coordinates to Harroule Transit LLC, the flight service.

At this point a third party in a strategic cruiser warped into the area and began firing on the Limnae. The boarding team found Imidane Rache-Pulaj and Gia in the chaos, capturing them with anesthetic agents, and then evacuated the vessel. The flight crew and hijackers also escaped. None of the remaining 3,800 passengers survived the destruction of the ship.

As a reminder, our investigation is ongoing and we have several leads that we are pursuing. Rest assured, we will do everything in our power to see Imidane and Gia are returned home safely.

Acting under our contract with the Intaki Space Police, CHTAR engaged two regular contractors to examine the attack on the Limnae and the trail of evidence leading from it. One of these was .ICRS, whose initial public report is set out above.

After a complex, multi-phase investigation lasting over two months, our contractors were able to confirm that Mme Rache-Pulaj and Mlle Rumaita, having been seized in the attack described in the report above, were being detained at a location in YFN-UN by kidnappers affiliated to the Serpentis. We understand that this was an attempt to silence Dr. Rumaita’s public advocacy for relaxing Duureanta’s regulations on refining khuska oil. As a small, closed market it has been easy for unscrupulous elements to dominate and manipulate, all at the expense of legitimate medical research .

Once the location of the hostages had been identified, defensive orbital infrastructure had to be removed to allow a surface assault on a fortified Serpentis facility. Both phases of this operation were fiercely opposed, testing the bravery and skill of the contractors involved. 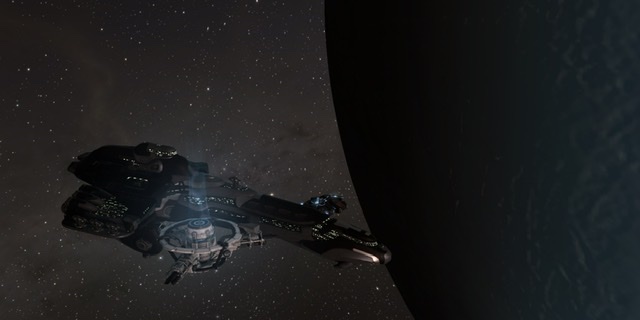 Mme Rache-Pulaj and Mlle, Rumaita have been returned safely and uninjured to Duureanta, where they are being hosted at a private location while given the benefit every possible support.

I am confident that CHTAR’s main patron in Poitot, Pasha Enalalon Achaert, would like me to thank all of the contractors involved for their hard work and professionalism in resolving this affair.