Hello all, I like so many others out there take brakes from eve when burned out or find a new game. It maybe a month or a year but we all return back to eve.

I have recently returned to eve after a long brake to find 80% of my assets worth billions now stuck in this new Pochven system.

Yes I know some of you are going to say I should of read posts or dev blogs and seen I had a time frame to move my items.
But when I have been on multipul brakes over many years and returned to find everything the way I left It, how would I know Ccp would change a highsec system into almost unreachable -1.0 space
I have spoken to Ccp and they said according to the article on there sight they can move one ship for me, an article that was written in 2015 long before Ccp even thought of changing star systems
I am as long the CSM to consider the effect this has on returning players like me and the effect it has on us either keep playing subing to Omega or saying screw this and leaving the playerbase.

I know they are not moving Jump Clones from Pochven, but not sure about ships if they are moving them or not from Pochven. There are ways to access Pochven, get positive standings with the Trigs. and CCP didn’t just up one day and change the security, there was a battle and hisec players didn’t do enough to help keep Pochven from happening…

I spoke to them and they are willing to move one ship as they state in an article they linked me that was wrote years ago about stuck assets.

But the problem was I was on a long brake like many others do. and I understand it’s a gameplay feature and didn’t happen overnight.
But do they expect returning players like myself to spend hours farming standing and then fly billions and billions of isk worth of assets threw some of the most dangerous area of space just because we go on a brake and want to return to a game we enjoy.
when for years before our assets were 100% safe in npc highsec.

I understand how you feel, having left your items in what was supposed to be a safe high sec station, but the EVE universe is ever changing. At least you still have your assets somewhere upon returning, unlike people who had theirs in abandoned citadels.

Just so you know: you don’t need standing and don’t need to risk a lot to get those assets out.

All you need is a cloak for every ship, a lot of the right filaments out of and into pochven and some spare time. (And some knowledge about how filaments and Pochven work.)

If interested, I can tell you how I would get those assets out.

although it seems logical that CCP would want to improve player retention and return rates. it is really more like the real life landlord that has no obligation to store your stuff more than 30 days after you move out. There is even talk of removing asset safety. i wish you well in your endeavor to recover your stuff. but dont expect compassion from CCP. These are the same people that thought having players assisst Edencom would lead to something good. cruel joke

Sell your stuff in Pochven, then set your death clone back to your school and self-destruct.

Get a courier or move the stuff out yourself, it shouldn’t cost a lot.

1. for all intelligence liberated among us. Pochven was pre-programmed. just like the number of 27 systems. Only which ones would become it could be influenced a little. Only nobody knew at that time what exactly happens, otherwise one would fight certainly differently around certain systems.

Correct, it was set from the start that 27 systems of a large selection of systems would turn into Pochven. Which systems that would be was up to the players to determine, even though those players didn’t know yet what they were fighting for or against. I like it.

With a cloak, a bunch of ‘proximity’ filaments and a bunch of filaments into pochven you can get your ships to high sec with minimal risk. It only takes time.

(If you haven’t arrived in high sec or are in a high sec pocket, feel free to cloak up for 15 minutes, filament back to pochven, cloak up another 15 minutes and repeat until you do get to high sec).

It can take a couple tries to land in high sec, so it’s recommended to bring spare filaments. Also if you notice your pochven system is nowhere near high sec, you could try another filament out of pochven because the ‘proximity’ filament lands you in a nearby system and would probably not land you in high sec then. In that case I recommend using a cheap ‘glorification’ filament instead.

With standings it is easier to get into a specific system as you can then take gates, but with some luck, a lot of filaments and some time (15 minutes per filament, 30 per attempt) you can also get into that system.

It’s a bit annoying, but doable. Getting into a specific Pochven system takes luck, but getting out to high sec is a lot easier. Good luck!

Ha, that’s some value I wouldn’t just leave sitting there.

But you could also make it a longer term goal. I mean, unless you need the ISK right now, it will be safe in there until you get there.

If you can stand the grind, you could try to gain Triglavian standings, which makes it much easier to travel through their space eventually. It probably takes more time than what I suggested above, but if you’re interested in doing anything in that space it is a good option.

If i have no luck selling for an ok price i probably will look into grinding standing, so i can atleast get the bpos and such out

Keep scanning the high sec systems that were connected and near Ichoriya , eventually you will get a wormhole that leads there . If you do it correctly and at the right time , you can pretty much get everything out of there, it’s just a matter of time.
Like Gerard said, you can also play around with the filaments or attempt a standing grind (personally I’d skip the standing method).

I know this sucks for you , but you still have your assets and the possibility to extract them . Others that had them in citadels have lost all when CCP made this change: 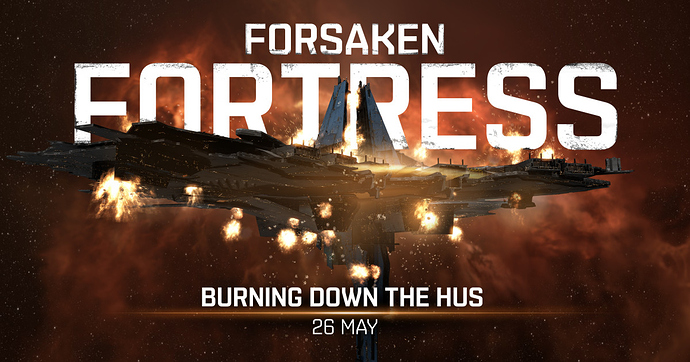 A new update for structure mechanics.

how do i find which systems were connected to ichoriya to scan?? 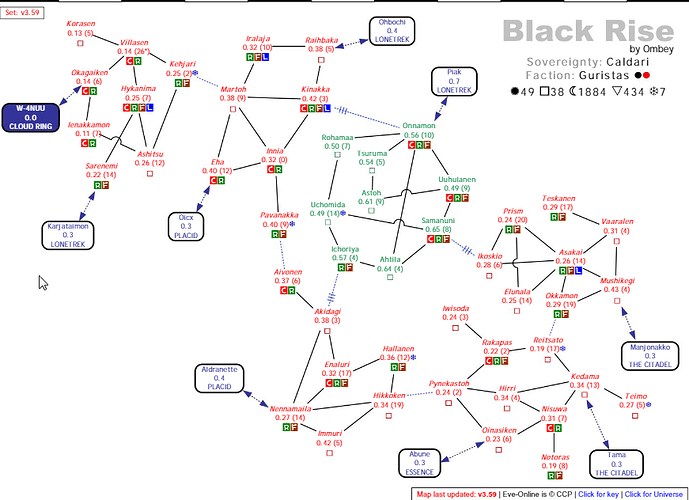 Also here’s a Pochven guide (might come handy to you):

The Definitive Guide to Pochven version 1.7

The Definitive Guide to Pochven Created by Ephriane Korasai Last edit: 2021-3-24 21:15 New Eden Standard TimeWant to share this guide? Use this link: http://tinyurl.com/DefinitivePochvenGuide Want the TL/DR Version Instead? Check out the Quick... 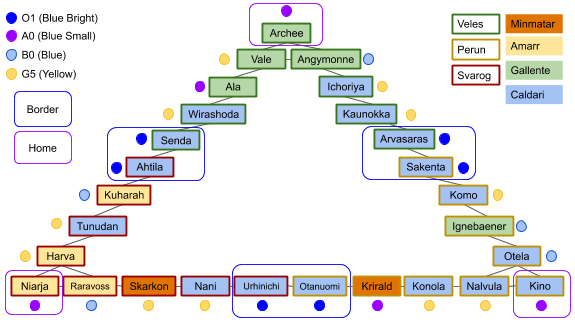 The purpose of this manual is to give a practical introduction and an overview for how to enter Triglavian space, to facilitate continued operations against the invaders.

Info about those wormholes included in the guide.

thank you so much