How do we keep track of Eve on our Mobile Devices?

Apologies if that is not the right forum.

Now that Eve Gate is gone, how are we supposed to check on things?

The mobile app CCP introduced and can’t develop for almost a ear now is less than mediocre and all ti is good for is sending EvEmails and checking skills. There are apps out there that can do a lot more and are developed by like 1 or 2 Eve fans in their free time.

Things no app I know of can do (CCP’s included) are:
Check characters profile details, such as - employment history, current corporation. When I recruit people, I check on them when am away from my desktop and we live in the 21st century.

How will CCP replace eve.gate and why did you decommission it in the first place?

This is a bit of a tricky one, CCP closed Eve Gate at short notice sighting major concerns with the website.

In addition to this, in the coming months we’ll be speaking with the EVE Community and the Council of Stellar Management to prioritize expansion of EVE Portal into a wider ranging companion app for EVE Online, so stay tuned for further information.

The big issue here is that you have to be able to either find someone who has developed a tool that you’re willing to use or make your own tool. I hope this helps.

Things no app I know of can do (CCP’s included) are:

Check characters profile details, such as - employment history, current corporation. When I recruit people, I check on them when am away from my desktop and we live in the 21st century.

So there are several third-party apps that help you check the history/profile of a character:

That one alone will let you see the things you specifically highlight in your post (ie. employment history and current corporation)

This will give you an idea of the time they predominantly play, the ships and whether they are cyno capable, logi alts, etc.

Especially the stats page for a character, but also their killboard, which will show where they fly predominantly and whether they solo, small gang, large fleet pvp, etc.

Beyond that, currently you can just ask them for an api key and plug it into:

This will give you everything. History, assets, wallet, mails, etc. and at an account (not just character) level if you need

Beyond that, if you have their API key and vcode, you can always just go to the XML api and call for whatever information you want:

However, in the next few months, traditional API keys will be useless as CCP have deprecated the XML API and everyone will shift to the Eve Swagger Interface and then provide access to their information via SSO login with authorization to access info.

I expect that between now and the end of the XML api, new third-party apps will appear that allow you to obtain all the information you need, just by having someone login into an app and include a destination for the information to be sent.

EveWho has a delay anywhere between a few hours up to days. Usually days where the character might have changed corp several times.

Jackknife needs the character owner to provide you with an API. I don’t imagine not everyone puts their API on the forums, in their signature or something.

So at this point I am not aware of a smple tool, that provides you for basic info, out of the game.

Thanks for the answers, CCP. At least I know Eve Gate wasn’t decomissioned on whiff and there is reason for it. However an app dev team would be very beneficial for the community.

A lot of the basic info that can be found in game should be using public end points within ESI.

For more in-depth searches then you need to get API authorisation.

So at this point I am not aware of a smple tool, that provides you for basic info, out of the game

As per both Stall’s and my previous post, use the ESI.

Here’s your corp history for example:

As soon as you obtain the characterID from the name, it can always be put straight into the ESI to get corp history immediately.

From that, you can get all corp names:

And, there’s no need to remember the links. Just go to the ESI latest endpoints where you can just plug in values directly on the site.

Evanova works for me. Bit sluggish at times though: 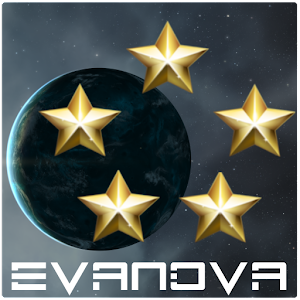 EveTradeMaster for trading, but if you move a lot of volume expect to get data mined. If you’re a small time trader it’s probably fine.

Edit: To clarify, EveTradeMaster has a ton of fantastic functions. It’s just web based and pulls API so it’s very likely the owner runs it to data mine. Even with that being the case, I still think its worth using if you’re not large enough to compete with the big names. It’s just that good.

There is an app called Neocom. You can check skill queue, assets, planetaries, market etc

Has a fitting feature as well. Can check email but can’t respond.

Evanova ia the best so far, displaying the most from your API. If only if had a search for characters, it would have been perfect, but after all it is not an official app.

The Eve Nova Dev/s should be able to work in a search function relatively easily.

They’re already working on current features before that. I 5 starred it on the app store but it’s still got serious bugs in its fitting tool. Still 10/10 would download again.