Botting has been a problem for years but to me has become so apparent as of lately that something has to be done. Anyone with even the slightest amount of dedication could setup a VNI-bot doing +10m tics non-stop for the entire month… That’s 7.2 b ISK every month with seemingly no consequence as you do not have to look around for long to find a botter.

Apparently setting up algorithms that check for botting behavior is too hard for CCP to handle, so how about his as a possible fix:

If an account is “flagged” as being a potential botter (this “flag” could be made based on time spent ratting, behavior upon neuts in system and so on), an “anti-bot” system will be put in place.

This system concists of random “popups” on the players screen, which require human interaction (ie. “click ok” or “type in the letters in the image” or “what’s 4+9”). The pop up could be done right after forcing a “warp to pos”, which for a real player would mean that he is actively playing and could respond to the popup.

Failng to respond to a popup would issue a warning and fx. 3 warning would equal a ban.

Nice, simple, automated system, which would get rid of most of the botters pretty much instantaneously. Same system could be used for market/contracts bots and so on.

CCP already has a system that “flag” accounts that require further investigation; this system uses the massive amount of logs generated by the game and looks for signs of automation and/or other stuff. Although this is just my speculation, I do vaguely remember something about it from years ago.

this “flag” could be made based on time spent ratting, behavior upon neuts in system and so on

this has nothing to do with being a bot or not; players also behave in this fashion.

This system concists of random “popups” on the players screen, which require human interaction (ie. “click ok” or “type in the letters in the image” or “what’s 4+9”). The pop up could be done right after forcing a “warp to pos”, which for a real player would mean that he is actively playing and could respond to the popup.

I can guess on how 99% of player base would react to being prompted for “not a robot” check every so often during their favorite activity, that being PvP or PvE content, and I bet you would find it more annoying than it would actually help against botting. Not to mention those critical moment where you are in a situation where the outcome could go either way, but in this moment it ever so slightly, favors you; and then WTF! “Are you a Bot” prompts your screen locking your entire UI until answered and once you get control again you return to a pod sitting in space being targeted by the “enemy”…

Listen… Obviously it’s normal behavior to warp to safety when neut enters a system, but if you have a player farming 20 hours a day, 30 days a month and always INSTANTLY warping to a POS on neut entering, it should be pretty damn obvious that you are dealing with a non-human - and THIS is where it should flag. If there’s already a system in place - fine - use that, i just don’t see it working with botters being so obvious at the moment.

99% of the player base would never be prompted with a captcha, because 99% of players would never be flagged for “botting”. I don’t know why people think it is so hard to flag accounts that are obviously botting, as they are behaving in such a mechanic way that just a few weeks of logs would easily expose them.

OP has a terrible idea, one that has been the topic of many threads. I will say this though, those apocs are still botting in high sec, 23 hours a day. Mining the belts. It’s been more than a month now, and there they are. Same characters, same system, same activity, 23 hours a day. CCP is none the wiser

and then the bot designers just let the bots run 19 hours a day instead of 20 in order to avoid the flag. or they will run 2 accounts that switch out after 10 hours. your feature will either be joke easy for bots to dodge rendering it useless, or it will be draconian enough that real players will be getting hit with it regularly. often at inconvenient times.

OP has a terrible idea, one that has been the topic of many threads. I will say this though, those apocs are still botting in high sec, 23 hours a day. Mining the belts. It’s been more than a month now, and there they are. Same characters, same system, same activity, 23 hours a day. CCP is none the wiser

have you submitted a bot report? if so then CCP is aware of the issue, and if they are botting (which it certainly sounds like assuming your statistics are accurate. although I wonder how you know they are there 23 hours a day unless you are watching them for 23 hours, which would make you a bot wouldn’t it?) they will most likely be banned in the next wave. CCP has addressed multiple times, why they don’t issue individual bans for botting and do it in waves throughout the year. its a perfectly sensible reason, and yet, people still think that when they report someone they are entitled to see them banned within a matter of days.

this has nothing to do with being a bot or not; players also behave in this fashion.

I would assume exactly as many as there are players who sit there and watch a bot 23/7. so none.

you are missing the point though, if they make the cutoff 20 hours, then bots will be coded to only run for 19 1/2 hours. if they make the cutoff 15 hours, then they will just get 2 bots that run for 14 hours at a time. etc etc etc. right down until the arbitrary cutoff point is low enough that it starts catching real players.
The bots don’t care, and neither do the people running the bots, because they are afk so its not like its going to affect them other than doing a tiny bit more setup the very first time.

Look at the FW bot thread. CCP read it and banned the bots.

But… within a week the bots started back.

It did not take much time or effort to ban those bots… so perhaps a full time bot buster would work.

I know they get bot reports and investigate… but is there someone who works 9-5 doing nothing but bot busting?

exactly, within a week they where back. and every time they ban the bots, the bot creators get a little bit more information on what tipped people off, and code them to be harder and harder to spot.
its the exact same reason why we don’t over medicate viruses, because they adapt, and the more they adapt the harder they get to fight.
so ccp does mass banning waves, every 3-6 months. which gives less information to the bot coders as to exactly what behavior caused the tipoffs and slowing the development of them.
CCP caved to community pressure and it did absolutely nothing.

But as evidenced with the FW botters… they just give CCP the middle finger and carry on… for what another 3-6 months.

This needs to be dealt with daily and with no mercy.

Nothing else to add.

See you guys in a few years talking about bots.

If an account is “flagged” as being a potential botter

This needs to be dealt with daily and with no mercy.

Why? There’s the harm done by letting a bot earn some isk for awhile longer. Then there’s the harm of the bots permanently learning to adapt because we were idiotic enough to give them truckloads of information. One of these harms is greater than the other.

I’ve never heard a rationale that makes sense, for this assertion. Something about “keeping them on their feet”. How would this work, exactly?

If you are not a botter yourself, i just don’t understand a word of what you are saying.

Putting a system like the one i’m saying into effect would not give the botters ANY information, as CCP would obviously disclose what the cut-off will be. The great thing is that through machine-learning, this system could present potential botters with CAPTCHA challenges more and more effectively as weeks pass and while yes, a few players might be presented with a CAPTCHA too occasionally, that would be an incredibly low price to pay to get rid of market-breaking botters.

I mean… Do you now already have to click “ok” upon entering a combat site?

To be fair i feel like a lot of the resistance against botters could only come from players who benefit from botting in one way or another. The only argument i have seen you present is: “Oh, but then normal players could be handed a CAPTCHA too” - and so what?

The bots will not “permanently adapt” because CCP will become efficient at banning them and whoever tries to argue that MUST be a bot-developer.

Can you explain to me how doing silent flags of accounts based on behavior could give ANY information whatsoever to a bot developer? I mean, we are talking about a system gathering information in silence and then - at a random time present the account with a CAPTCHA to solve IF the accounts are flagged basen on multiple parameters.

You could even still have a 1-2 week delay or whatever, if that makes you happy, although i see absolutely no reason to have it.

Ya, the thousands of botters they ban every month were not caught by any bot detection, they are really just random victims.

Evidence of that would be nice cause i dont believe it.

Here is the most recent devblog. if thats not enough for you, then exactly what evidence WOULD convince you. do you need them to personally fly you out to iceland, sit you down, and let you press the “ban this bot” button. would you like a pony along with that?

Thing is, they ARE banning bots, they DO have algorithms, and if you don’t believe that, despite them hosting banning events, despite them posting their stats, well then that sounds like a personal problem. 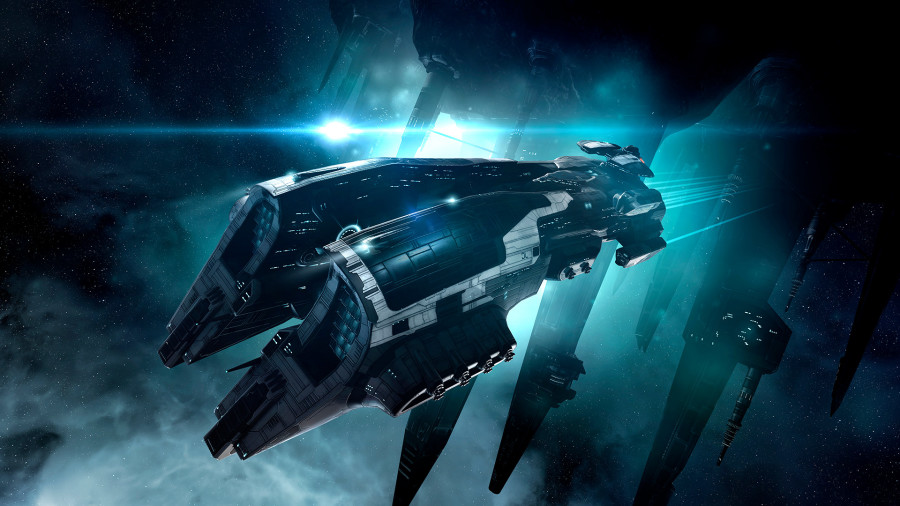 Check out this dev blog for an update on Team Security's efforts to keep the spacelanes clear of dirty botters and RMTers!

Dude the fw bot farm has been operating for months, it took a public outcry to turn their attention to the operation despite the constant reports

yes, and they caved to public pressure, and it did absolutely nothing.
The bots are back, and they relocated to a quieter area where it was less likely they would be spotted (and it worked since it took several weeks for people to find them again) so what, ccp bans them again, and then days later they come back and set up somewhere else taking that much more time away from hunting other, harder to confirm bots.
Or, they can do what they have always done, make note of the obvious bots. add them to the “Be banned list” and focus on finding more. then a couple times a year you just burn everyone on the list all at once.
Just because they are aware of something does not mean they are obligated to do anything about it right away. in the grand scheme of anti-botting measures, 3-6 months is nothing.