So my suggestion is for the Fitting Simulator to have some advanced options allowing us to adjust what our skills (and implants) are when simulating a ship, in order to better know whether or not a fit is feasible, and if it is technically feasible, what skills still need to be trained in order to fly that fit.

For example, I have a blinged out Rattlesnake fit that I was playing with, and with my current skills I’m at -29.2 CPU, but I know that I could get some of that back by training the Rigging Drones skill to lessen the drawbacks of my rig. I had to ask in the help channel if someone else with higher skills could take a look at it to get accurate numbers (turned out that with max skills, I’m at < 0.1 CPU short, so would need an implant as well), but I think that I shouldn’t have to ask for help with someone else to run the simulation - I should be able to modify the simulation to look at those things myself.

Anyways, hope CCP devs take this suggestion under consideration, and I welcome feedback from other players as well.

EDIT: Just occurred to me - while they are at it, allow us to simulate the effects that boosters would have on our ships as well.

While it would be nice to be able to simulate different skills, I think the ingame fitting window does great at simulating it for your current character.

For more advanced fitting simulation I really like using the third party tool Pyfa. You can do exactly what you’re asking for and more in that tool and easily import those fits to the game.

It still would be nice to have this as an in-game feature, but I was able to get Pyfa loaded onto my computer (with a little help from a friend on where to find the .exe file on github) and am simulating my ship. Thank you for your feedback Gerard.

Personally I feel there is so much in EvE that should be in game and not supported/relied on by out of game tools built/designed by players.

CCP should work on such things instead of messing with the UI every 2 months.

Even if it was just the ability to turn on a hypothetical “all 5s” character, that would be great. Pyfa doesn’t work on MacOS, so this would be a big help in planning skills, etc.

My friend pointed me to this link to get the download, and there is a mac.zip file on there, look at the assets dropdown for the files - they might have made an update to support you Taarka 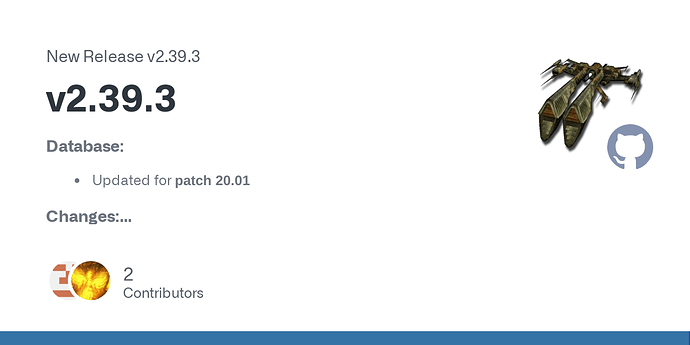 Again though, I don’t think we should have to go to a 3rd party tool for this.

Again though, I don’t think we should have to go to a 3rd party tool for this.

Sadly, no. They link some buggy library that crashes the application after a few minutes of use. Sometimes it last longer, but also sometimes dies immediately. It’s been like this since at least October and it looks like it’s been reported, so doesn’t seem likely to get fixed at this point. I’ve read that some people were able to get a stable install by running from source. I tried that also, but eventually the byzantine list of dependencies defeated me.