Increasing Your Fall Off Range

So I’ve got a couple more newbie questions

Getting into falloff range cuts your dps by 50%. Whenever possible you want to fight in optimal range

Does fall off range apply to both directions… nearer and further from optimal range?

Fall off range is only on the further end of optimal.

If you’re content with your current optimal range would it give you a lot of flexibility on your weapons to use ship mods that increase fall off range?

Increased range can be a nice option to give your guns more flexibility, but there are other ways to improve your guns too. Extra tracking (in case you have trouble hitting small fast ships) can be good, or modules that slow down your enemies (webs) or make them a bigger easier target (target painters) also help your weapons.

If your artillery optimal range ends at for example 45km but falloff extends to 65km it wouldn’t hurt to fire from between 46km to 50km, you will still hit with nearly 100% accuracy.

Ok thanks for all the explanations!

And I see now, it’s kinda like max Optimal Range not Optimal point within your Range. The reason I thought fall off applies both directions was for that reason you guys are mentioning. I just don’t hit well at close range when my turrets’ optimal is 50k. I guess I’ll need to research that because it could be a couple diff things.

Now that’s into the whole exciting discussion about tracking.

Imagine a turret on a real world naval battleship: big guns in a slow moving turret. You’ll hit big slow moving targets well. Then you have a smaller ship that is moving quickly a fair distance away, but still in range. It’ll just be “harder to hit” because it’s smaller - but when you do hit it he’s finished.
If he goes close to you “under your guns” and is circling your faster than your turret can turn then you are almost never, except by pure luck, hit him.
This is why real life battleships - or their equivalent - have smaller guns in faster moving mounts to deal with the irritating small stuff. And why you operate in fleets so other ships can be tasked with protecting the big ships.

There is a similar issue in Eve, those nice big slow tracking guns can’t hit smaller targets that have high angular velocities. It’s why most (if not all) battleships and cruisers have drone bays that can deploy a flight of medium or light drones to use against stuff that got under your guns.

Different gun types have different tracking. The long range guns (rail guns, beam lasers, artillery) track more slowly than the equivalent short range guns (blasters, autocannon, pulse lasers).
Within each gun “type”, such as Medium Beam Lasers, there will be typically three variants - one longer range, lower tracking, one short range but better tracking, and one middle of the road. Damage tends to be roughly equivalent but for the effects of tracking and range. In the case of Amarr Medium Beams they are Heavy (range), Quad (tracking) and Focused (balanced) respectively. The discussion of the merits of each is long and probably results in a shouting match. Horses for courses and personal preference.

And then there are Tachyon Beam Lasers. The heaven help us weapons of the Amarr - more like Artillery but with big fitting requirements.

It’s complex. And a whole area of pilot choice and preference.

Few pointers:
This is not a reason to mix your guns.
Advanced ammunition changes your tracking. For example Scorch increases damage at range for pulse lasers but reduces tracking.
Things that improve tracking are useful, as are things that slow a target down.
Some hulls have tracking bonuses (Apocalypse) - surprisingly effective.
Your own movement influences how the guns track targets - you can hit a casing target more easily than an orbiting one.
You’ll get used to all this with time.

Also: I nearly added to the earlier replies:
Energy Turrets have a zero second reload so you can change ammunition to match the range rather than being tied to one range/damage pair because of the reload time penalty.

If you’re content with your current optimal range would it give you a lot of flexibility on your weapons to use ship mods that increase fall off range?

There’s more to things than just fall off range, and as a noob it is too easy to focus on one parameter and miss the others.

There are really 4 factors you need to consider…range, turret tracking, DPS and your own ship’s speed. Turret tracking, basically the ability of your turrets to follow a target, is important…especially at close range and with a high transversal speed of the enemy. If you focus too much on range and DPS and not enough on turret tracking…you could end up with a ship that is all but impossible to defend against high speed close range attack.

Blasters generally have better turret tracking than gaussian type guns, but a shorter range. The degree of this varies from ship to ship, though, so you really need to check it out in the fittings. The other thing that makes a large difference is ammunition type. This is why people carry multiple types of ammo and can switch between them. A typical example is Void and Null ammo…with Void giving more DPS but a shorter range.

Another important factor is your own ship’s speed. If you have high speed with MWD or afterburner then that in itself can make up for having a shorter falloff range…as you can close that range quickly. At the end of the day its a question of finding the right combination of the 4 factors I’ve mentioned…and most importantly what what you intend to use the ship for. 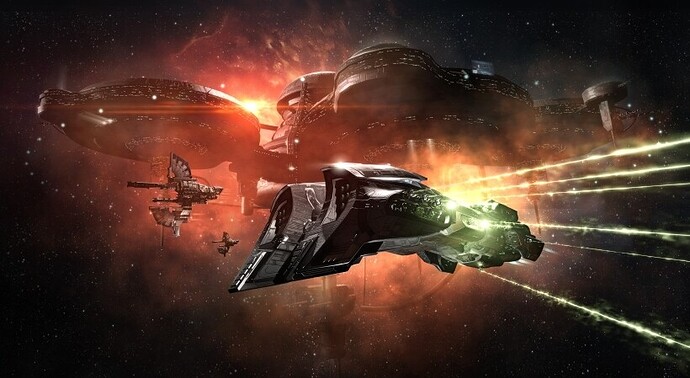 Just watch these instead, much better in graphical form.

If you use Arty, Blasters or Rails a mix of both is usually good:
Tracking enhancers/computers > rigs

Most of the time thou good flying can reduce your need for tracking and then engagement range increases your safety.