The situation on Intaki Prime has developed into a tense standoff between LDPS and Onikanabo on the one hand, and various Intaki-aligned forces on the other. But it is widely believed that

represents, if not a veiled threat, at least a clear and present danger that Lai Dai may resort to dirty-bombing Intaki V.

To help pre-empt this, as well as any additional force buildup on the part of parties hostile to Intaki, a surveillance perimeter has been set up around each of the three incoming jump gates of the Intaki system. 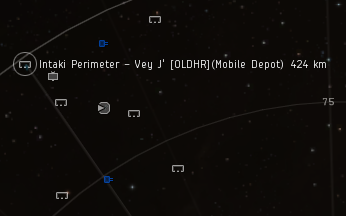 Each gate perimeter comprises six deployable structures, modified to target incoming ships, scan both weapons and cargo, and instantly communicate the information by FTL router to the defensive fleet on standby at Intaki V. 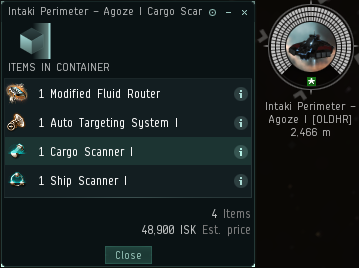 This consists primarily, but not only, of a UNF complement led by two carriers.

As there are reports of hostiles using wormholes to enter and exit the system, we will be monitoring wormholes on a continuous basis. We have the ability to deploy additional surveillance perimeters around wormholes, as well as to roll the holes if we deem it tactically preferable. At the time of writing there are no active wormholes in the Intaki system.

As a 0.1 security system Intaki has no CONCORD customs, but there is always the Intaki Diaspora.

There is now an active wormhole in the Intaki system. As promised, a surveillance perimeter is up around it. 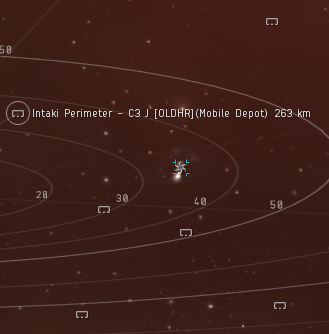 So long as the crisis on Intaki Prime is not resolved to the advantage of the Intaki Assembly, nothing gets in or out of the Intaki system without the Diaspora knowing about it.

Recent events around Intaki Prime have made it possible and advisable for OLDHR to hand over responsibility for interdicting Lai Dai transports to other entities not affiliated with The Intaki Diaspora but nevertheless hostile to Lai Dai.

First of all the Customs Office for Intaki V, previously under control of a neutral third party, has been replaced by one managed by I-RED.

Second, as has been widely reported, Federal militias wrested control of space in the Intaki system away from the State. In the intervening two weeks, as the militias assert their control, Villore Accords [GMVA] and others have expressed interest in helping interdict any Lai Dai ships that may attempt to enter or leave the system. This supplements GMVA’s deployment planet-side in support of Federal Marines.

Accordingly the surveillance stations described in the original post have been decommissioned as of YC121 September 25 at 2359 NEST.

OLDHR will remain involved with the humanitarian effort in support of the population of Intaki Prime affected by Lai Dai’s plunder, particularly through the production of medical facilities.

Surveillance and if necessary interdiction of Lai Dai military assets in the Intaki system will be crucial to ending their illegal occupation and ensuring their permanent departure from Intaki soil. GMVA leadership was impressed with the performance and capabilities of OLDHR’s surveillance stations, and would like to discuss obtaining the relevant assets for re-deployment to support our operations.

A direct inquiry will be forthcoming shortly.

It has come to my attention that my surveillance stations have sometimes been a nuisance during factional skirmishing around the Intaki gates. I am glad to see that their functionality and performance have also caused a positive impression.

I am of course open to selling the surveillance stations to friendly parties, but I also have other ideas that might interest you. We should definitely talk.