Is It Time to Disable Pod-Kills In Highsec?

Based on Eve’s recent Devblog (which was filed as a news article instead of as a Devblog, for some unfathomable reason), there is renewed developer interest in preventing highsec PvP that is not profitable for the aggresor. You can read this for yourself, where this type of “kill other players for lulz, not isk” gameplay is classified as griefing and is something CCP wants to crack down on: 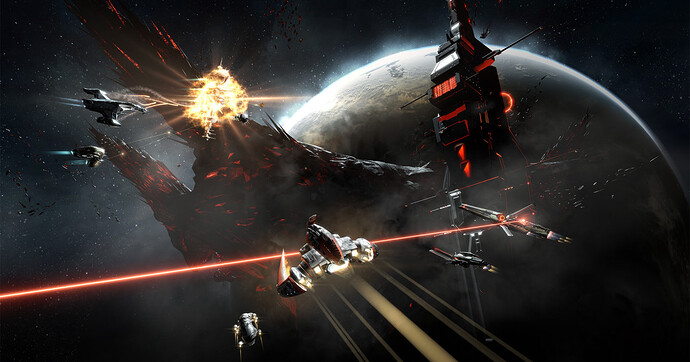 When some scumbag ganker makes a career out of blowing up ventures, that ganker could conceivably argue that his playstyle is not necessarily griefing because the venture might drop some juicy lootz. However, there is one type of PvP that is never profitable - podding other players.

I would like to see CCP take some actions to completely eliminate podding from highsec. It is very harmful to the victim without providing any conceivable benefit to the aggressor, other than as a form of sick, mean-spirited griefing. Pods should be safe in highsec. Perhaps they can be made unlockable by other players.

Note that I am not referring to podding by some of the more advanced NPCs, that is totally fine and 100% belongs in the game.

However, there is one type of PvP that is never profitable - podding other players.

That is incorrect. If you are a trader and you are selling implants, you can make a profit on doing this.

I feel to offset the ganking nerf, Trig gate camps should be at every gate

And randomly target people for insta-blap

It was great during the events where this happened.

Apparently people don’t care if they are ganked by NPCs

Well cept for me.

I lost my fav ish to the damn trigs when I came back.

However, there is one type of PvP that is never profitable - podding other players.

There is the yearly event that lets implants drop as loot.

You people can pod each other in lowsec during those events. There is no need for those shenanigans in highsec where people just want to play the game in peace.

All PvP needs banned so the krabs can krab in peace.

Think of all the new players.

The game will success

Do not want game die

This is a really good point actually.

Apparently people don’t care if they are ganked by NPCs

Well I’ve always wished that an NPC ship would drop a pod so I can shoot that, if they can pod kill us why can’t we pod kill them.

All PvP needs banned so the krabs can krab in peace.

Think of all the new players.

The game will success

Do not want game die

Don’t go all hyperbolic on us, everywhere I look on corporation recruiting almost every one has “PvP” as a requirement or at least needing to learn, while I personally don’t care about this I often wonder why, why for the love of God is there so much PvP required but hardly any corporations out there fighting it out?

If PVPing is something people crave so much more instead of krabbing then people could PvP all they want with the amounts of advertising for it, but instead krabbing is some how a problem… I don’t get it.

Almost never… rare exceptions exist when during events and such pods do drop or have a chance to drop implant(s) as loot.

If HS pods were safe in highsec, implant prices would rise as everyone bought their permanent set, then plummet as demand dropped off.

I think you’re not going far enough. It’s time disable playing eve. When some scumbag ganker makes a habit of playing eve every evening, that ganker could argue that he is doing it “for fun” not to watch numbers grow. However there is one type of gameplay that is never fun - watching paint dry.

I would like to see CCP take some actions to completely eliminate the ability to play eve. It is very harmful in that someone might make a mistake and lose a pod. Perhaps all player input can be disabled so we can watch pretty lights as NPCs explode each other.

Note that I am not referring to playing eve by some of the more advanced NPCs - NPCs playing eve is totally fine and 100% belongs to the game.

You hate it so I dont get why you arent supporting its removal too.

Honestly, cause I don’t believe people actually want PvP unless it’s on their terms with a guarantee win, if people truly wanted PvP there’s absolutely nothing to stop them from finding it, but all I have ever seen in eve since forever is people complaining about the lack of satisfaction for their blood lust.

I honestly wish CCP would add NPC’s that would be indistinguishable from your average player so that they could roam all of new Eden so that people’s blood lust could be simulated and hopefully this would ease the pain of lack of satisfaction.

So lets get rid of PvP.

Ever see the movie ‘return of the living dead’ the average Pvp’er is Frankie when he lusts for brains.
https://youtu.be/yhjD1CmE9gs