Is there one definitive tool to accomplish this task

Being a bit of an odd duck, I love finding the best prices for my mission loot, or investigating if refining is a more profitable option. I used Eve HQ to handle the sell-vs-refine question, but I want to go a little bit further.

I am trying to figure out if this is software I should build myself. If anything already does this, please let me know.

In short, I am envisioning a tool that can recommend where to take subsets of my loot to get the best prices. If I’m not happy with any of those prices within a distance I specify, it makes refining recommendations.

It also would have the intelligence to realize I don’t want to go station hopping, so it will do aggregation. Meaning, if I don’t want it to identify the best station to sell individual items at, it can look at my loot as a whole, or divide it into two or three groups. (Sell set A here, sell set B there, etc.)

Is there anything that does all of these things already?

You’re asking for a tool that’s going to pull prices from every Empire region (not necessarily a small amount of information) for every piece of junk you’ve looted, and you’re expecting it to spit out the best location to sell it. Also, a program isnt intelligent, so it’s not going to have that capability unless it’s programmed into it. So no, no tools like that exist. Just ship everything to jita and have at it.

In short, you’re asking for a tool that’s probably kept private for the very fact that it allows someone to figure out precisely how to maximize profits off their stocks.

Besides, you’ve got 5 places you can choose from to get “the best prices”- Jita, Amarr, Dodixie, Rens, and Hek. Ever wonder why Evepraisal only allows those 5 choices?

No, I’m not. I’d only query market data for the current region, and possibly the regions near my current location.

I’m familiar with the API and payloads - I understand this.

I’m a software developer. I understand the concept of functionality and code not being inherently intelligent. (Unless you’re talking advanced, self-modifying code, which I have in fact done occasionally.)

That’s all I was looking for.

Do it, put it on a website with non-intrusive adds, and the EVE community will reimburse you for your work with actual money. That tool sounds like it would be pretty awesome!

For the record, not everyone keeps information/tools like this private. I wrote a rather long article last year on a few market strategies that I’ve found profitable including sample code, places to get data, etc: 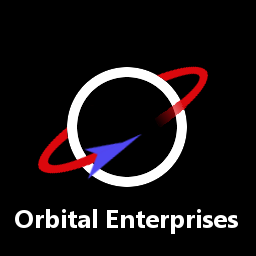 It’s true that the five major hubs are where most of the potential exists (although mainly Jita recently). However, there are occasionally good deals that allow you to make a quick buck in non-traditional regions.