I discovered Eve few years ago and I played it then for maybe 2-3 months. Because during those days I had no spare time I stopped playing. Releasing Eve Echoes reminded me of a game I liked so much so Ive returned. Im here for a month and I try to get to know this game better. Ive noticed that RMT is illegal. Its good that Ive made some research on this before I bought some Isk via Internet.
So the question is what about third party websites with isk and plex auctions? Are those people who are selling there isk or plex untraceable? It looks like they are doing it for a long time. Do they have that many accounts to be banned? I know that CCP performed some actions to fight botting and other illegal activities but what about those third party sites?

Ive noticed that RMT is illegal. Its good that Ive made some research on this before I bought some Isk via Internet.

RMT isn’t illegal. RMT with unauthorized third-parties is against the EULA and will get you banned by CCP if you participate and are detected. Feel free to buy all the ISK (which can be traded for ships, skill points or anything else) you want but just make sure it comes from CCP or an authorized reseller (https://secure.eveonline.com/etc.aspx).

So, yes, many of the sites you may have stumbled across are selling ISK or items against the rules. They themselves usually are the brokers and probably not doing anything that any criminal or civil court would find illegal, but the people selling the ISK are breaking the EULA they agreed to (or worse, hacked an account and stripped it of assets) and do routinely get caught and banned by CCP. So too do the buyers, so don’t just don’t do that.

There also is no need. It may be slightly cheaper, but you really can buy as much wealth or power as your credit card can handle within the rules via PLEX from CCP. Do that, and help fund the game.

Thank you for answer. Yes, I know that I can buy plex from CCP and if I ever do it I will buy it from them in order to as you said help fund the game. But Im just curious how is it possible to sell Isk and plex through third party sites for a long time. Most of these guys who are selling stuff through other websites looks professional and trade constantly. Are they untraceable to CCP?

It’s not illegal to run a website to connect buyers and sellers of virtual game items. A certain former aide of Trump made a chunk of his fortune in such an enterprise. CCP can’t really do anything to these sites even in law-abiding jurisdictions, let alone some countries with different view on IP laws.

All CCP can do is ban the sellers and buyers of us sanctioned RMT. And they do this to the best of their ability.

All CCP can do is ban the sellers and buyers

Yes, and that is what suprises me most. If they are banning them, why still those same guys still selling isk and plex? are they constantly creating new accounts in Eve? If so, who is transferring isk to those newly created accounts? It should be easy to track.
Anyway im just being curious. Most important thing for me is to hear that CCP is doing sth with it. Seeing price of plex going down through last months gives me hope that bad isk is leaving market.

that was also due to some nerfs and major market changes that caused plex to go down. there are authorized resellers like Markee Dragon that is selling plex or packages that is legit to buy for the game, if not from CCP… sometimes they have deals on the packages where as CCP may not.

I think Black Pedro is just being pedantic by arguing ‘legal’ vs. EULA. That’s not wrong, but it may lead to confusion.

If you get ISK, PLEX, etc., from anywhere other than a CCP authorized source, you risk having all your accounts permanently banned.

It is really just that simple.

If you are ever in doubt about it, file a GM petition and get their advisement. Should you get banned as a result, that advisement will be your only defense and chance to reverse the judgement.

CCP only has jurisdiction over their game. Unless a third-party is infringing on CCP’s legal rights, CCP cannot do anything about a third-party website / business.

CCP has stated repeatedly in the past that much ISK, PLEX, etc., sold by third-parties is from bots and compromised (‘hacked’) accounts. When discovered, CCP confiscates and perma-bans. The confiscations can lead to having a negative wallet balance, meaning you can’t do anything market related until you correct that situation.

I think Black Pedro is just being pedantic by arguing ‘legal’ vs. EULA. That’s not wrong, but it may lead to confusion.

The OP asked why those sites are still there. They are still there because CCP does not have the power to make them go away. The EULA CCP wrote only guides the actions of the players, not what other corporations and individuals can do on the Internet.

I made it absolutely clear that the OP should not patronize those sites or he risks a permanent ban from the game and that is what he agreed to when he created an account. But it also isn’t correct to claim CCP has some ability or authority to write laws or declare something “illegal”. They get to be judge, jury and executioner to matters that take place on their servers, but they cannot dictate what you do outside of it.

Like in-game, there are consequences in the real world for your actions, so If you buy or sell unsanctioned ISK you might lose your account and be banned from the game. But it is only honest to note that CCP does not have the ability to shut down a website that serves as a broker for unsanctioned RMT which is why those sites are still, and likely always will be, accessible to tempt the clueless and unscrupulous.

I think I may have the exact same problem as you: attention to details.

The problem is, that it can lead to excessively verbose replies, where the important facts get lost in the verbiage.

Hence I attempt, and often fail even after countless edits, to keep answers short and to the point. Hence a single bold sentence in pile of words above.

but that doesn’t mean I’m not often a failure at it.

Yes, I understand all of that. Since CCP cant get rid of those websites I just want them to be more effective at banning in-game eve accounts belonging to those people. Seeing that the same guys still selling isk and plex through those websites makes me wonder if CCP really bans their accounts.

makes me wonder if CCP really bans their accounts.

The accounts do get banned, but as you are aware, EVE Online is a free to play game (with an Alpha clone) so they can easily spool up a bunch more burner accounts.

I can assure you that CCP is trying their best: 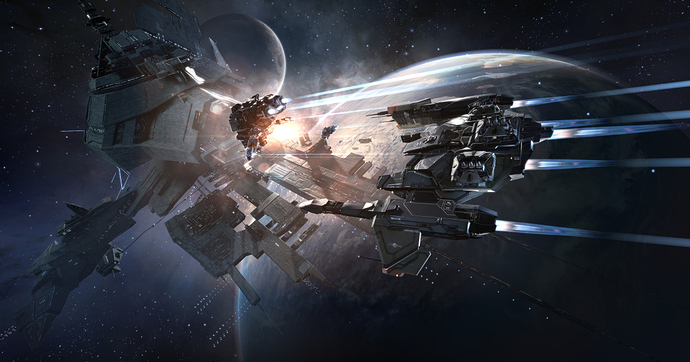 The Fight Against Cheating in EVE Online | EVE Online

There is zero tolerance for cheating in New Eden. 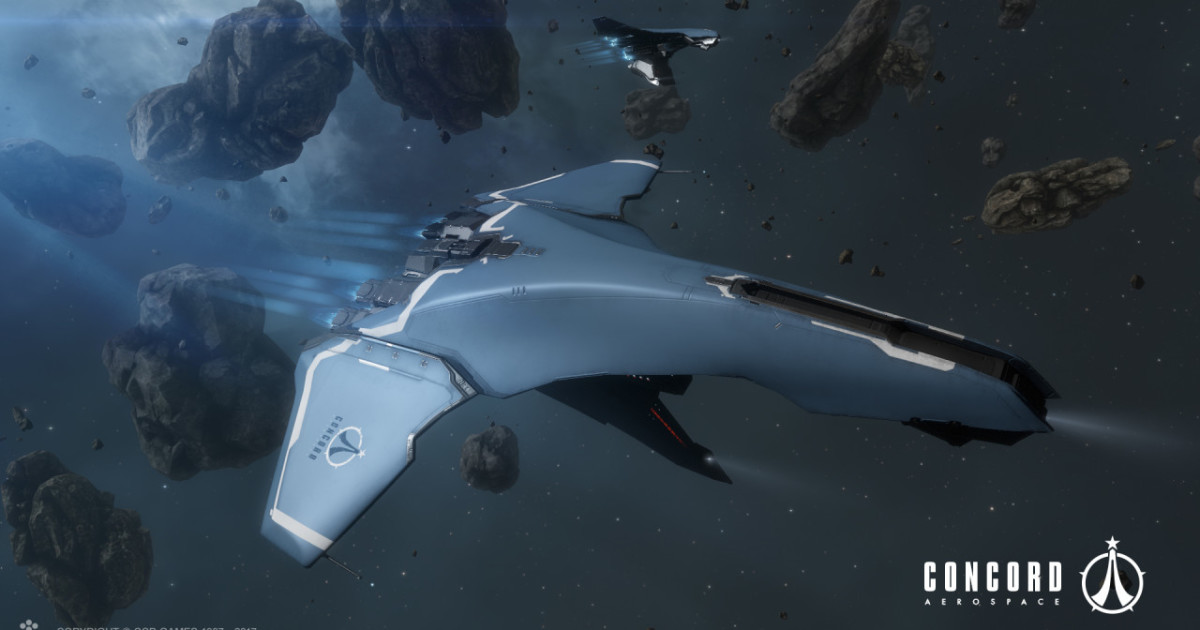 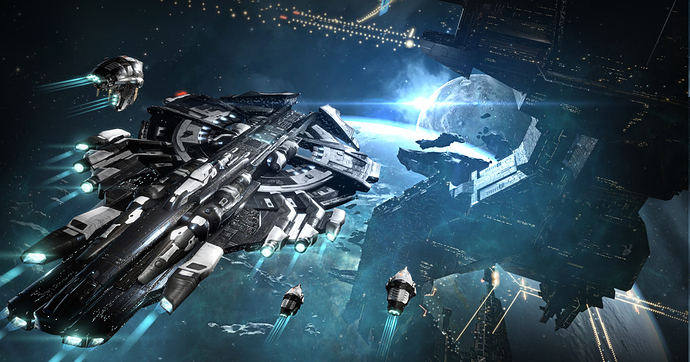 It's time for a New Year security update from Team Security. Check it out and read all about it here! 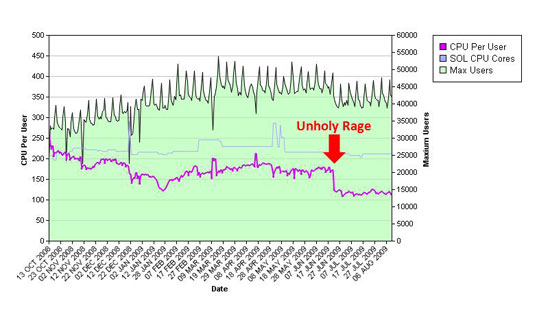 For the better part of 2009, we here at CCP have been formulating new strategies to address the issue that all persistent services on the Internet ultimately face, i.e. the data persisted in our systems has meaning to people and everything that has...

There are dozens more where that came from.

The accounts do get banned

I do believe that. Its just from my perspective it should be a lot easier to do. I imagine that you just track all the transfers between fake accounts and source accounts that supply them with isk and ban them all. Well obviously its not that easy as I thought, because you can still buy isk and plex via third party websites.

Its just from my perspective it should be a lot easier to do.

You think CCP, after 16+ years of trying to fight RMT would still have a problem if it were that easy to do?

And thank you for links. Thats the stuff I was looking for.

You also probably didn’t think of dead drops, which are EXTREMELY common.

There are even ships purposely exploded so that they can be looted in an attempt to ‘launder’ the spoils. Even at the cost of a 50% chance of loss.

Just blow up my abandoned structure to get your Avatars.

And thank you for links. Thats the stuff I was looking for.

I’m really good at finding stuff, should you ever need assistance! 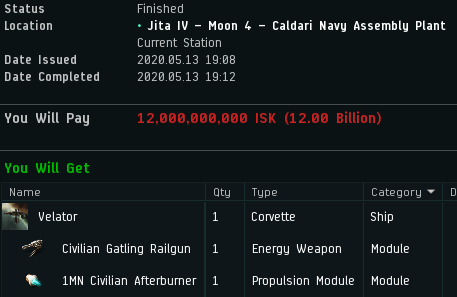 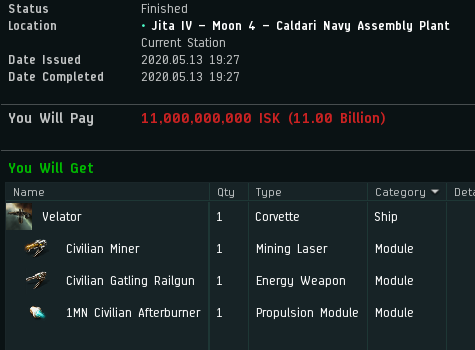 where an ISK seller and an ISK buyer will collaborate out of game to set up a public contract that appears to be a “scam” (and thus, no one else would fall for), but would operate as a way to exchange the isk. If any questions are raised, it’s just a “oh, haha, i fell for a scam, shouldn’t have done that.”

No I dont think that for real. Thats why I wrote „from my perspective” which is perspective of a newbie. And since the problem of RMT is still here it must be hard to fight with it and I must be wrong assuming that its easy.
Anyway thank you guys for answering me. Its good to hear that this problem is relevant to CCP.