Just a Question , Anybody else feel let down , by BjornBee

I Mean i love this guys content, He was awesome, One of the best streamers out there, But i feel he has gone to the CCP darkside.
I could push the point but i dont think i need to.
I Feel like people joining CCP are like people on the Titanic, You may be a first m8, But your still Sinking with the rest of the ship. And the only one to survive is Hilmar, when he has sacrificed you all. So long as he is safe your screwed. lol.

I Mean i love this guys content, He was awesome, But i feel he has gone to the CCP darkside,. I could push the point but i dont think i need to. 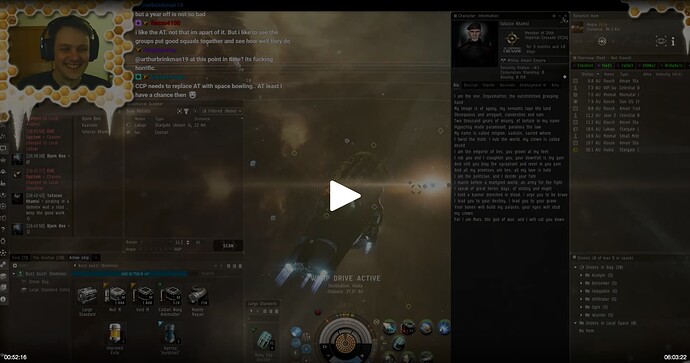 Same, what has he done?

He has Done Nothing wrong , i love this guys content, He has moved back to iceland and need s a job to survive, And that all fine , and i hope he does well, but he has limited options, and CCP is not a good option at all. The only company worse than CCP is blizzard.

so he works at CCP?

Yes He works at CCP , But this is not a stable company anymore, its more like a earthquake waiting to happen, I like Bjorn, He made my beer nights a blast. I just dont want him to stop streaming due to aligning with (ok this took a while) ■■■■ companys like CCP.

Im old guard too dude, i have played since 2003, Loved CCP back then , they cared, listened, adapted to players, the perfect company and player base. Now CCP is like a cancer , killing everything that is not what they want. 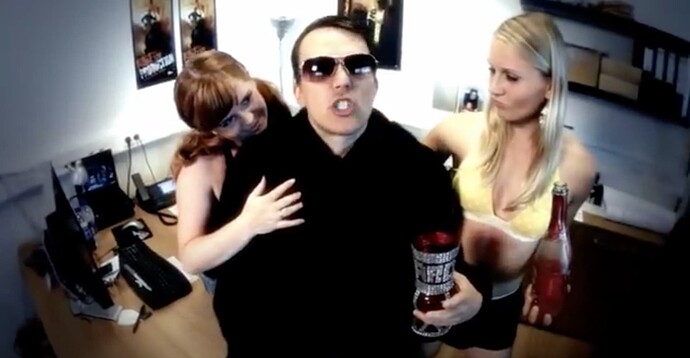 You mean when the devs actually interacted with us, yep all done now, they dont give a ■■■■.

You mean when the game actually had developers, not just a maintenance crew?

You new people giving CCP money, well the 200 of you , have no Idea how good this game was, and How the devs spoke to the playerbase consistently , they gave us info, there ideas for the game , the direction it was heading, and why you should invest in eve, with your time and money. Now. your just hung out to dry, with no explination, “JUST GIVE US MONEY AND SHUT UP” This generation will leave very soon then CCP is done, because they screwed over there loyal players for a whim.

I don’t feel let down at all, tbh.

Good Luck to him

I don’t feel let down at all, tbh.

that sounds right to me

Ok He is Still Streaming, Which I applaud, And I agree he is a awesome streamer and his knowledge would benefit CCP massively, , but what concerns me is Do CCP give a flying fut to his input, I mean they have ignored the CSM for years, and now when there backs are to the wall and there players are leaving in droves they they recruit all the streamers that have kept this game alive , just to milk the last of the player base, before eve is done. Sorry I DONT TRUST CCP.

I mean they weren’t listening to him when he didn’t work for CCP, so the absolute worst case scenario is nothing changes and he gets paid. Good for him. Dude should get paid just for how contagious his laugh is.

I Agree , Pay BjornBee he has done so much for this game, he deserves a golden handshake. Yeh not gonna happen, CCP dont give a ■■■■.

As most companies in recent years have found out, pandering to the 1% while ignoring their primary customer base doesn’t work out too well in the end. I’ve been playing since 2006, and unfortunately it appears that CCP is perfectly fine with milking the cash cow to the (not too distant) bitter end…