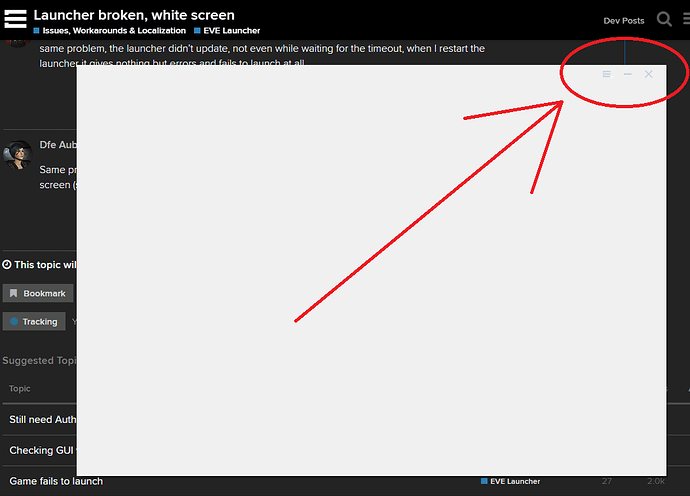 That’s all I get.

The most useful option is just to scan the whole system immediately, which will scan and attempt to repair any files that are changed or corrupted.

Run this from a “Command Prompt (Admin)”:

Same issue at my end

I am having the same problem on Win10, downloaded an older launcher version but it would not allow me to open a client but at least the launcher worked. All I get after d/l the latest ‘update’ is the following. 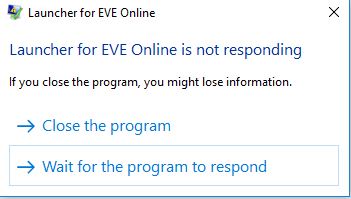 Anyone have any idea when we can expect a fix for this? I have installed a fresh copy of EVE in a new folder system.

This issue was fixed by an update yesterday or the day before and was happily logged in and playing yesterday
Start up xomputer this morning and same issue pops up.

What is the QtWebEngineProcess.exe?? This is what seems to be killing my Eve Launcher on Win10.

My launcher self updated today,
but issue remained, some QtWebEngineProcess.exe crash and white screen