I’m still quite new player and the amount of ISK, SP and wealth some players have simply astonishes me. I’ll never be able to catch up with them and on the top of the handicap I have from start the game is not new-player friendly when it comes to wealth generation. This would however change if CCP would reset the server so everyone has to start from scratch again. This wouldn’t ruin the game for old players since they still have the advantage of knowing the game and having friends ingame. If CCP wants to attract and keep new players they should think about this!

…I’ll never be able to catch up…

That’s the wrong attitude. With that you’ll reach never anything in life.

So you want to destroy the whole thing because other people have more than you.

Yeah, envy isn’t the healthiest emotion around. Stay out of politics. There are already enough people who want to burn down the whole thing simply because others have more than them.

Your goal should not be to catch up, but to have enough opportunities for development.

And you can always catch up if you have enough RL ISK on your credit card.

There’s one thing you can’t catch up on. Experience!

I’ll never be able to catch up with them and on the top of the handicap I have from start the game is not new-player friendly when it comes to wealth generation.

I agree to an extent. Established corps/alliances with members that have been playing for 10 years+ will usually have strong footholds in certain regions and areas of the game.
I don’t believe it should be possible for new players to destroy what has taken years to build, but I do believe that new players should be able to make meaningful progress in the game quickly.
This would probably entail creation of new content opportunities as the old players are on the same footing when it comes to these.
I don’t think eve has too much of a problem of adding new content recently. They seem to add things that shake up the game every year, which I’m glad about.

Most games make it easier to earn money as you level up/play longer, as this is what progression means. If you could make untold wealth early on, then what are aiming to achieve by continuing playing?
Games need long term goals and strategies. As a new player, you are in a unique position to experience the journey to get there.
Established players have already done that. Their game is no longer a progression towards ISK/skill goals, they have aspirations of empires. And that’s good.

Restarting the servers just destroys what others have spent many years to build. That would be sad.

I think if the new player experience, including tutorials and sign-posting, directed players towards content that is cheap and fun at first, and showed them how carving a niche allows you to excel early on, then they will have happier new players.

Remember SP and ISK to a degree has diminishing returns. The old addage holds true here, you get 90% of the value for 10% of the cost.

The super rich players are spending their money on Capital ships costing 10s of billions of ISK. The ships can cost a hundred times more than fully fitted high level pirate and navy faction ships.
Do they give you 100 times the fun?

If not, then you would be better enjoying whelping the other ships and not grinding for the ISK.

As your disposable income increases, then let yourself spend on more big ships. But don’t hold yourself back from getting involved in all types of content in EVE.

The important thing is to remember ISK isn’t a scoring system - you don’t need a huge amount to have fun. Bigger ships aren’t better automatic win things, they are often more specialised and more limited in their roles. I spend more time in Cruiser sized and smaller ships than anything else and I’ve playing for at least six or seven years.
I’m mainly a high sec industrialist - it makes me a modest living, and it’s a lifestyle I enjoy. To be honest, I’ve more ISK than I need (No, you can’t have it - it’s mine I tell you, MINE!!!) - I use it in particular cases and help where I am needed: I’m not really a combat pilot, it doesn’t float my boat. But when my alliance is attacked I can change the course of a war by funding and supplying ships - I’ve not fired in anger at another player for years, but I’ve been instrumental in winning battles: that’s why I view the whole PvE/PvP rants hugely mis-informed. Eve is not exclusively either and is generally both at the same time.

The best advice is “throw yourself into life in Eve” - others will help someone that wants to be part of something bigger, knowledge, access to places and services. Wealth comes through contacts and collaboration - a solo player will always struggle in the face of competition from an organised group.

Self proclaimed new players coming in and asking for a server reset should receive a 1 year long forum mute so they can stfu and actually play the game.

So, I started the game in late 2015. That might seem like a long time ago, but by the time I started playing, Eve was already 12 years old. Entire generations of players had come and gone. Empires had risen, held the galaxy by the throat, and crumbled to ashes. And yet, in spite of being 12 years late to the party, I’m now space rich (I’m not yet space wealthy, but I also haven’t made that a goal of mine) and have a character that is about 6 weeks away from being in the top 1% in terms of SP.

I’d say I’ve done a pretty damn good job of catching up to the vets.

Note: The following chart is going on 5 years old, but it’s all I’ve got. So we’re going to roll with it. 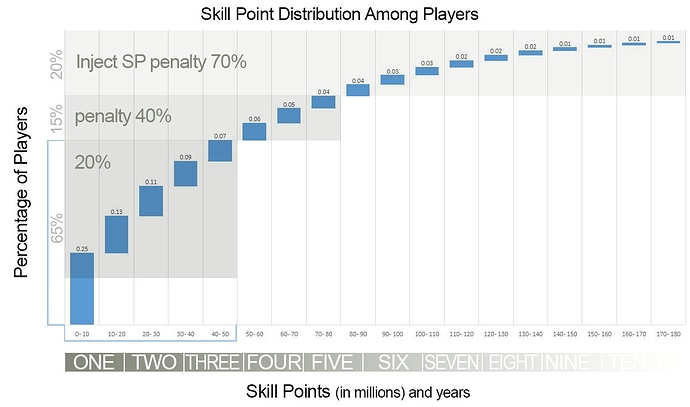 So here’s my takeaway:

In summation, the only thing standing in the way of your wealth and power is you. 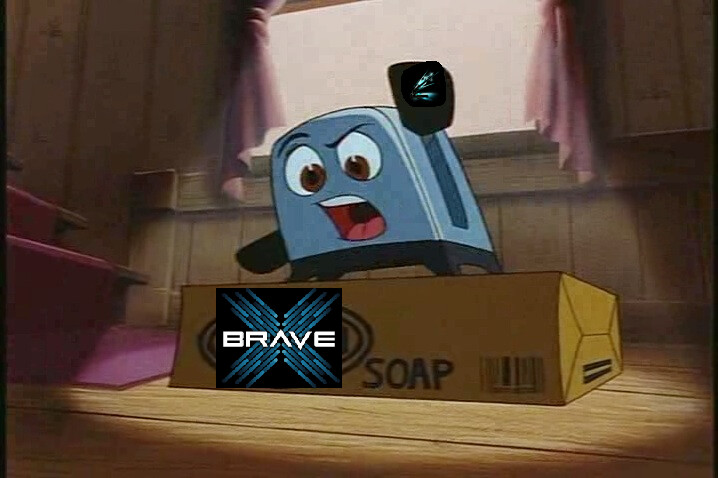 Or you could be more worried about improving your situation rather than worrying about the situation of others.

A resident of New Eden since May 2014 here.
I completely agree with you.

I’m still quite new player and the amount of ISK, SP and wealth some players have simply astonishes me. I’ll never be able to catch up with them and on the top of the handicap I have from start the game is not new-player friendly when it comes to wealth generation. This would however change if CCP would reset the server so everyone has to start from scratch again. This wouldn’t ruin the game for old players since they still have the advantage of knowing the game and having friends ingame. If CCP wants to attract and keep new players they should think about this!

There is no love for the new players in EVE. Are you looking for a corp to join? I can hook you up with some great guys to play with if you like. It will help you make more ISK and lots of helpful people to help yea when you get stuck.

I’ll never be able to catch up

You never have to, to enjoy the game! It seems like to much work to try and catch up to them anyway. And I’m a 2008 player. So don’t let it bother you. Learn the game and you should be able to make enough isk to at least survive in the age of chaos. If you can live through that, then you should be able to do far better when it ends. Best of luck!

Sounds very much interesting, looking forward to it!

Eve echoes.
No more seriously if you restart server, a lot of player will definitly drop the game.
It’s hard for some people to understand, but a lot of people are in game to build something, if you reset they will just go to an other more stable game.
A lot of game open “new server” to attract people, and they loose population fast after . Why ? Beacause on oppening of seerver everyonen want to be in a very good position … but at end of the day it’s true only for a minority , other ask for a new reset.

There is no point restarting unless they take the chance to fix recent mistakes and there is no way the dev team is going to rollback code they “think” is cool so to restart the dev team has to be replaced.

Hopefully that is clear enough for the censor that has removed my post 3 times. (middle finger)

What a dev team? There has been nothing new since the end of November.