First I want to start off by saying, that clearly you don’t live in Null if you’re asking many of these questions…

I mean again, it’s not affecting Rorqals (which can mine as much as an entire fleet of barges) so I doubt that’s being affected. Mineral prices won’t change because you have these mining behemoths that are super hard to kill still bringing in tons of ore.

The only thing that will be affected in large, are dead space modules and officer loot, as I can tell you the majority of 10/10’s that used to be auctioned off on the alliance trade chats have all but vanished, and only mildly replaced by 8/10’s b/c people are VNI ratting and doing 8/10 anoms…

As for defending your space, unless you’re Goons, which I can tell you both from talking to quality roamers who have come into my space, as well as roaming myself it is nigh impossible to stop and trap roamers. Will you kill some? Of course, but will you get them all without a Boson on every gate…? No…

All this has served to accomplish, is A. make it almost impossible to be in a smaller alliance, and I mean you literally have to be in a BIG BLOCK like Goons to still operate on the same lvl (which they are…) B. make eve like a job, where now instead of just showing up for hours to float around for CTA’s you’re having to float around for hours to defend your space, or work together to make money (heaven forbid you’re not all on the same TZ either…) and C. given small gangs 2-10 players a free pass to go anywhere and do anything anywhere anytime (outside of Delve)…

Here’s my own simple opinion on the matter: it won’t kill off the bots. The bots don’t even bother checking local, not that this borderline caveman can tell. For small-time players like me, it’s harder to be a carebear in as many places as I’d like. Will it keep me from going and ratting? Not really, because I need to make isk to survive.

On the other hand, if I were your typical hunter, I’d be going gay for CCP right here, right now. Guess there’s no need for CODE anymore when the easy pickings have suddenly shifted down south. :3

For the first time ever, you guys managed to hit the 10,000 post limit that Discourse has on threads, so the original thread is locked automatically.

Just here to point out that LAGL broke it first.

The like and get likes thread Out Of Pod Experience

Ive been flying around Null for an hour in an Orca, and I aint seen anyone

[image] Please note, this thread has reached the hard limit of 10,000 replies that our forum software allows in a single thread. A new thread has been created here for you to continue discussion! Original Thread: As reported in The Scope, over the coming days we’ll be changing the way local chat works. This change will affect the whole of nullsec space. Local chat in all nullsec space will be switched over to delayed mode. This means that it will behave as local chat in wormhole space, with …

Blackout - Why is this a thing? General Discussion

I leave for a week and CCP completely breaks the game. Time to unsub all my accounts.

people complaining about blackout be like “PLZ ccp i cannot run my bots in safety anymore!”

For the love of god, you shoulda just let this thread stay dead from the salt that came from the first part.

Oh god, the forum pinged me, just to tell me that this thread has been started… It hinting to something.

Except the endless materials and isk streaming in from null due to 24/7 safety bots and afkers.

oh wait… nope, you’re a goonie, so you just hide behind your titan wall and act like “why can’t the rest of eve adapt…boson boson boson” lmao

I have said it to CCP before so I might as well haul out my standard.

Specifically what is it that the Blackout is meant to fix or modify? By what measure and timeline will you have to know if it actually worked. What are acceptable losses (if any) that you are willing to experience to implement this fix?

A guillotine solves migraines but that is one hell of a side effect.

New player here, couple things black out has changed about Eve for me.

Just a couple of things that a new player like myself has done while blackout has been in effect to help overall quality of life while gaming. NULLSEC has been pretty quite for me until Blackout, and it has forced me to be extra cautious and learn new strategies that I would otherwise not worry to much about.

Blackout in my opinion is stimulation for new players like myself and is welcomed.

Feel free to continue the discussion of the local blackout in this thread!

I haven’t logged in since the changes and I operate in high security space when I do. I saw in our gaming group’s discord only two people in the eve channel. There were 7 in the Rust channel.

Guess which game I ended up playing?

It so frustrating that it took most of a decade to realise that wars were suffocating the playerbase. How much longer before this charade ends due to the exact same reason its safer to not log in for a week than to do, well, anything?

I mean again, it’s not affecting Rorqals (which can mine as much as an entire fleet of barges) so I doubt that’s being affected. Mineral prices won’t change because you have these mining behemoths that are super hard to kill still bringing in tons of ore.

Your description of Rorqual mining rates may have been true before the nerfs, but now Rorqs mine about 2.5 Hulks, I believe. If you consider two and a half Hulks a mining fleet, so be it, but… it’s not exactly a huge one. Also, the drone travel times can reduce that mining rate further.

Just here to point out that LAGL broke it first.

On your bosons while you hide behind them and act like nothing has changed? lol 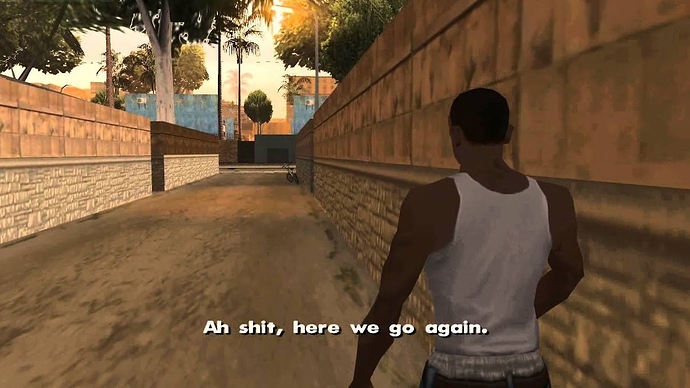 Right, race ya’ll to the shiptoast peaks. Ten thousand posts of maximum NaCl interspersed with probably less than two dozen actually interesting posts in the last thread. Let’s make this one even worse, because let’s face it: There isn’t going to be sod all constructive about the criticism, and we covered all the benefits many times over in the other one.

It’s already working! Nullsec is a great place to hunt and bring risk