How can you avoid being bumped off the gate at the end of your warp in a Jump Freighter?
I know the bumpers however now they are been even more clever by having a cloaked cyno in the system as JF is in warp drop cyno Panther jumps in and then proceeds to attempt to bump JF.

Sure there is a percentage chance that they miss however 10B plus cargo is huge if he misses basically without paying some sort of extortion whereas a JF you are forced to use that entry point the JF pilot is taking all the risk.

Again this is about how to void getting caught rather that relying on their skill level.

So, we are ruling out scouting. We are ruling out bringing a combat fleet. Are we ruling out making gate pings to land on the gate from an unexpected angle? This is a jump-freighter, so you can just jump to a different system if you get bumped, right?

Scouting I use killboard, could use pings but that is very precarious even if you have webbing alt in the system. If you get bumped can you cyno out maybe but game mechanics suggest Eve would lag you to death?

Ignition is the worst as I guess there is only a single station, does he have the same skill in the surrounding ones who knows.

There are counters available should you choose to use them.

Sometimes you get caught homie. All you can do is spin the block after, you feel me?

The easy answer is to just avoid Ignoitton in the first place.

You say you scout via killboard, but you should’ve taken the time to look up the individual killboards of the pilots in local with you. A single glance at that panther pilot’s killboard might’ve saved you.

Yes, we rule that all out - those are not legitimate counterplays. And thus there is no counterplay is it? Just like ganking this needs to be nerfed to the ground.

Guess you’ll also never fly supers and above then.

You always have at least one emergency “bail out” cyno with a toon that has a clean corp history.

So based on your responses so far, you want suggestions for counter play that doesn’t involve gambling on:

That’s a tough set of constraints. At that point, I recommend picking a different system. You can also try downtime tanking, but at that point you are going to have to be happy with the possibility of having a logged off JF toon for a long time.

If these are unacceptable, might I politely suggest the “don’t undock the JF” option.

the game has changed where they are not in system I knew he was in another system however did not think that they would use a cyno and I mean the cyno was lit as I was approaching gate.

This makes me think you also won’t understand the downtime tanking suggestion I gave above.

Cyno-ing while the enemy is mid warp to you has even a staple of eve since Rooks N Kings pipebombing.

So then don’t play then bro

Either accept the risks or don’t

This makes me think you also won’t understand the downtime tanking suggestion I gave above.

Cyno-ing while the enemy is mid warp to you has even a staple of eve since Rooks N Kings pipebombing.

I have flown supers and dropped them in combat, also dreads Blops and marshalls. My cyno out is safe I dont think you get the bump factor your not actually out of warp your kinda in limbo slowly getting to the gate but he hits you beforehand. Can you cyno out in that tick I dunno right click on watch list click on jump its all at the hands of CCP ticks.

Freighters game mechanic does not equal super as no one should in their right mind gate a Super but you have to with JF to get to HS. Its a game play maybe I have to change that but that is my game for isk making for my other toons

I dont think you get the bump factor your not actually out of warp your kinda in limbo slowly getting to the gate but he hits you beforehand.

I understand what you’re talking about.

I don’t think you understand what anyone else has been suggesting. You keep shooting ideas down.

Ok. So I’ve gone through all the ideas you shot down. I’ve now identified the constraints that you wish to have in your solution:

Hate to say it but short of biomassing mid-warp there is no real solution.

I dont think you get the bump factor your not actually out of warp your kinda in limbo slowly getting to the gate but he hits you beforehand.

I understand what you’re talking about.

I don’t think you understand what anyone else has been suggesting. You keep shooting ideas down.

Ok. So I’ve gone through all the ideas you shot down. I’ve now identified the constraints that you wish to have in your solution:

Hate to say it but short of biomassing mid-warp there is no real solution.

I could biomass all five accounts which is a consideration or do a complete change in how I make isk however JF still get to Jita so was just asking.

What about an insta-jump bookmark?

Just like warping to 0 at NPC stations can land you just outside the docking ring, making you slowboat for the last tick, I think this same vulnerability is exploited by Panthers bumping Jump Freighters that land just short of gates because they warp to 0 at the edge of the jump gate, rather than a bookmark well within immediate jumping range.

I think this is what allows the Panthers to bump the JF before they’re able to take the gate.

If you have a bookmark at the right spot to always allow your JF to jump, shouldn’t that fix the issue?

(I’ve made such a bookmark for my own JF, but haven’t flown the JF much yet and therefore have never needed the bookmark either, as people haven’t tried bumping me from the gate yet, so I cannot tell you for certain that this strategy helps.)

You might want to try the bumping and insta-jumping bookmark mechanics on the test server, see if it helps you ignore bumping ships.

ith you. A single glance at that pan

just dont warp at 0 to gate, use a bookmark inside the gate and warp to it and activate autopilot, when you pressed warp, then when you land, the autopilot will instant jump for you, dont fortget to set destination of course… then all that shady gankers are useless, and prey that you dont have a disconnect on landing, as i had that ■■■■ one time 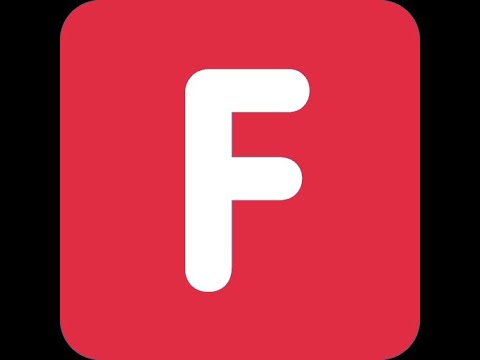 PS: all that people that say you can jump out, yes but if you get bumped and you are faster then 500m / second, you cant jump

edit: here is a list of gankers, you should add them as contact to see if they are in local and always monitor jump freighter kills and update the involved pilots, because of goonsswarm and horde, that is for highsec, becaus esometimes they have raids, where they suicide in highsec and if you see a lot of them in local, you should be ready to jump out at any time.

edit 2: i mean its a shame at all, that its even possible to bump a ship that is in warp and where the pilot has absolute no control over the ship he is flying… that should be removed at all, when you are out of warp, then ok, but not as long as it shows “warping”

The method Gerard described of making an insta-jump bookmark is one of the core techniques of competent JF pilots.

I think the panther pilot needs to know exactly where you are coming out of warp. The insta-jump bookmark might confuse them a bit, but I would try to put my bookmark on the other side of the gate or something, so that I am not coming out of warp right where he expects me to. I also would seriously rethink warping directly from the station to the gate, as that is very predictable, even with an gate bookmark.

dictable, even with an gate bookmark.

no matter, because you have few kilometers to drift, until it show that you are more then 0 meter away from gate… even if he bump you, you have enough time to react and press jump gate or the autopilot

That is not what the OP is describing. I don’t fly jump freighters, so I am taking them at their word that they can be bumped before they can jump through the gate.