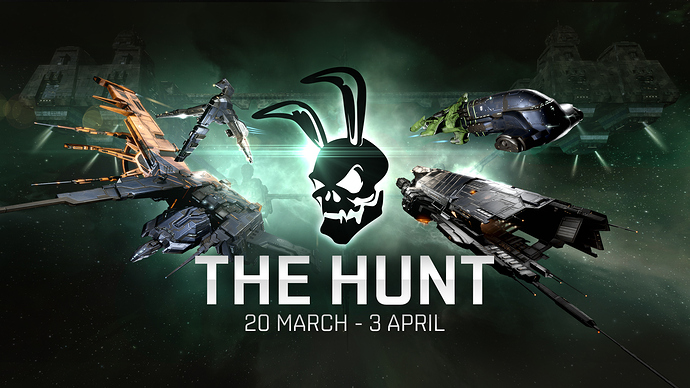 We’re happy to announce that the March Release is now live!

Please use this thread for Mac related General Feedback & Issues

In addition to this, the March Release will see a balance pass on several hulls including small buffs to battleships across the board, as well as changes to the Orthrus, Ferox, Machariel, Drake Navy Issue, Cyclone and more. A new Flag Cruiser will also be introduced – the Monitor – allowing fleet commanders to remain on the field longer during battle.

Aside from all these changes and more, the latest event will also kick off on the 20th – The Hunt.

Capsuleers can get involved and join in by finding Guristas Pirates at the designated event sites and eliminating their threat. Exclusive rewards include Cerebral Accelerators, a Damage Modifier module, Boosters and Hunter’s Quiver SKINs.

Two issues I am having on my mac-run client:

Note: I run other clients on windows and their local chats are working fine and all their previously opened chat windows opened up automatically.

I have already sent in a bug report regarding this issue but just thought id post up here as well.

Still crashes unexpectedly (docking, using gates, jumping into congested systems like Jita). Even more frequently with the server issues of the past 24 hours. I would post a bug report but since this has been previously reported to death and traced by the devs to a graphics memory leak in Wine - what would be the point.

One issue i am having atm running mac:

running everything on ow graphics atm

Do you having charging issues with any other game/application?

Just wondering, because if it is just EVE, then thats some super crazy power consumption.

Just wondering if anyone else is having issue running multiple clients

2012 iMac - so specs are old, but I wasn’t having any major issues until the March release. Now if I try to run two clients my FPS drop from 40-60 to 1-15, with closing the second client showing immediate increase of FPS.

Yes. I used to be able to run 5 clients without issue but had to drop this back to 3 and ultimately just the one, although this is now unstable to the point where I have 2-3 unexpected freeze-ups every hour. I’ve tried tweaking every setting imaginable yet there’s still no relief (or response from CCP).