So I finally manage to build one but now i see that the hull seems to be scratched, this on both the base skin and any other skins u can put on it. Any ideas?

You might see a bigger scratch soon after you decide to undock it!

Best to just spin it some more. 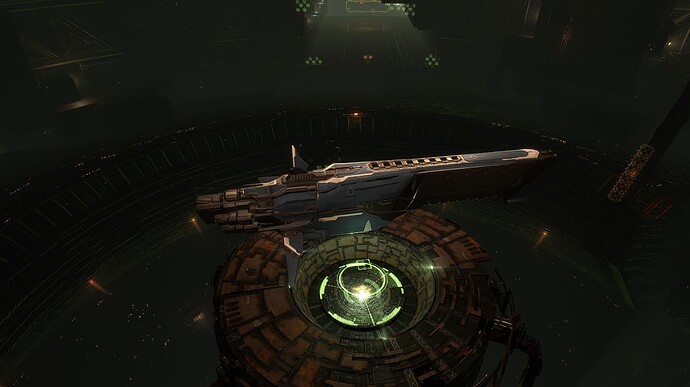 Yes, CCP should fix it.

Trust you of all pilots to also have one of those!

you of all pilots

Of course I do. I’m The Intergalactic Space Police.

Yes, but… after the sad announcement about the New Eden television series Intergalactic won’t be returning for a 2nd season due to disappointing audience figures.

We’ll have to send lots of peanuts to their headquarters.

I can confirm that the Concord aerospace shipyards, have had some issues with the Marshal class battleship.
Recent Marshal hulls of the assembly line, have seen what appears to be darkened or black areas on the armor plating.

This issue has been brought up to the highest levels of the Inner Circle, a few people have been “moved around”, and the issue is being dealt with.

A team from the DED vessel aerospace team, should be along swiftly to mend your ship o7